Hohmann Falls in First Round of NCAA’s

ORLANDO, FLA.— LSU men’s tennis redshirt freshman Ronald Hohmann fell in the first round of the NCAA Singles Tournament, 2-6, 6-4, 6-7(4), on Sunday afternoon at the USTA Campus in Orlando, Florida. 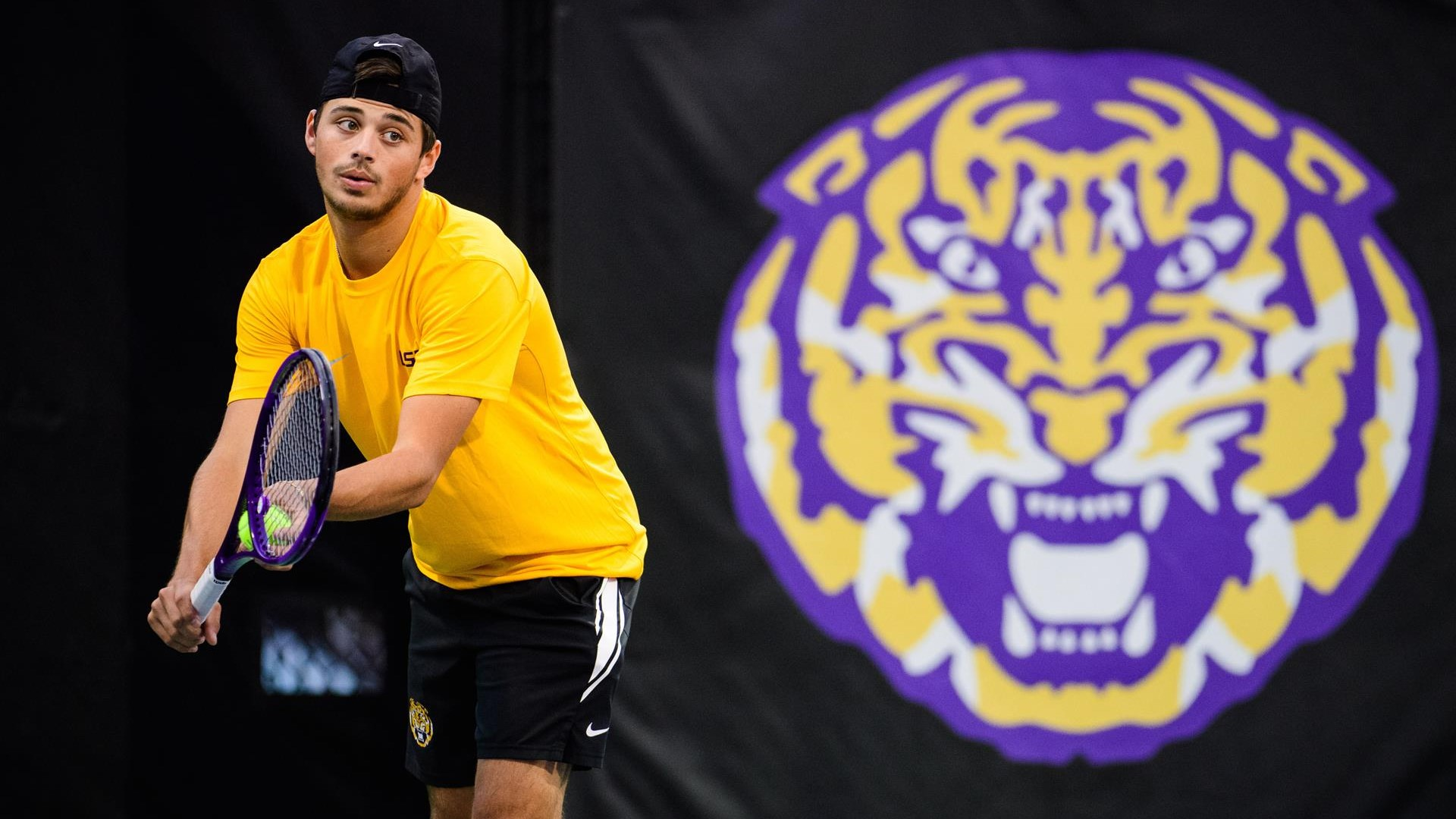 ORLANDO, FLA.— LSU men’s tennis redshirt freshman Ronald Hohmann fell in the first round of the NCAA Singles Tournament, 2-6, 6-4, 6-7(4), on Sunday afternoon at the USTA Campus in Orlando, Florida.

No. 31 Hohmann took on North Carolina’s No. 24 Rinky Hijikata. The matchup was everything a spectator could ask for from an entertainment aspect, but unfortunately, LSU’s Hohmann came out on the wrong side of an instant classic.

Hijikata came out on fire in the first set, quickly putting Hohmann in a 1-5 hole. Hohmann was leading 40-30 with the opportunity to push the first set to 3-5, but Hijikata rallied off two straight points to claim the first set.

The match was back-and-forth the rest of the way. The second set started off with Hohmann dropping the first game, but he knotted it up at one apiece. That trend continued until the second set was tied up at four. After that, Hohmann got hot and took the second set, 2-6, 6-4.

The third set was no different from the second with Hohmann and Hijikata taking turns winning games. The third set saw ties at 1-1, 2-2, 3-3, 4-4, but Hohmann found himself facing a match point when he was down 4-5 and the game was tied at 40. Hohmann proceeded to ace, knotting the third set at five. Hohmann and Hijikata traded the next two games, and the match came down to a third-set tiebreak. As expected, neither Hohmann nor Hijikata could break away from one another as the tiebreak was tied at four. Hijikata took the next three points as he defeated Hohmann, 2-6, 6-4, 6-7(4).