Four members of the LSU baseball team received 2021 All-SEC recognition Monday in a vote of the league coaches. 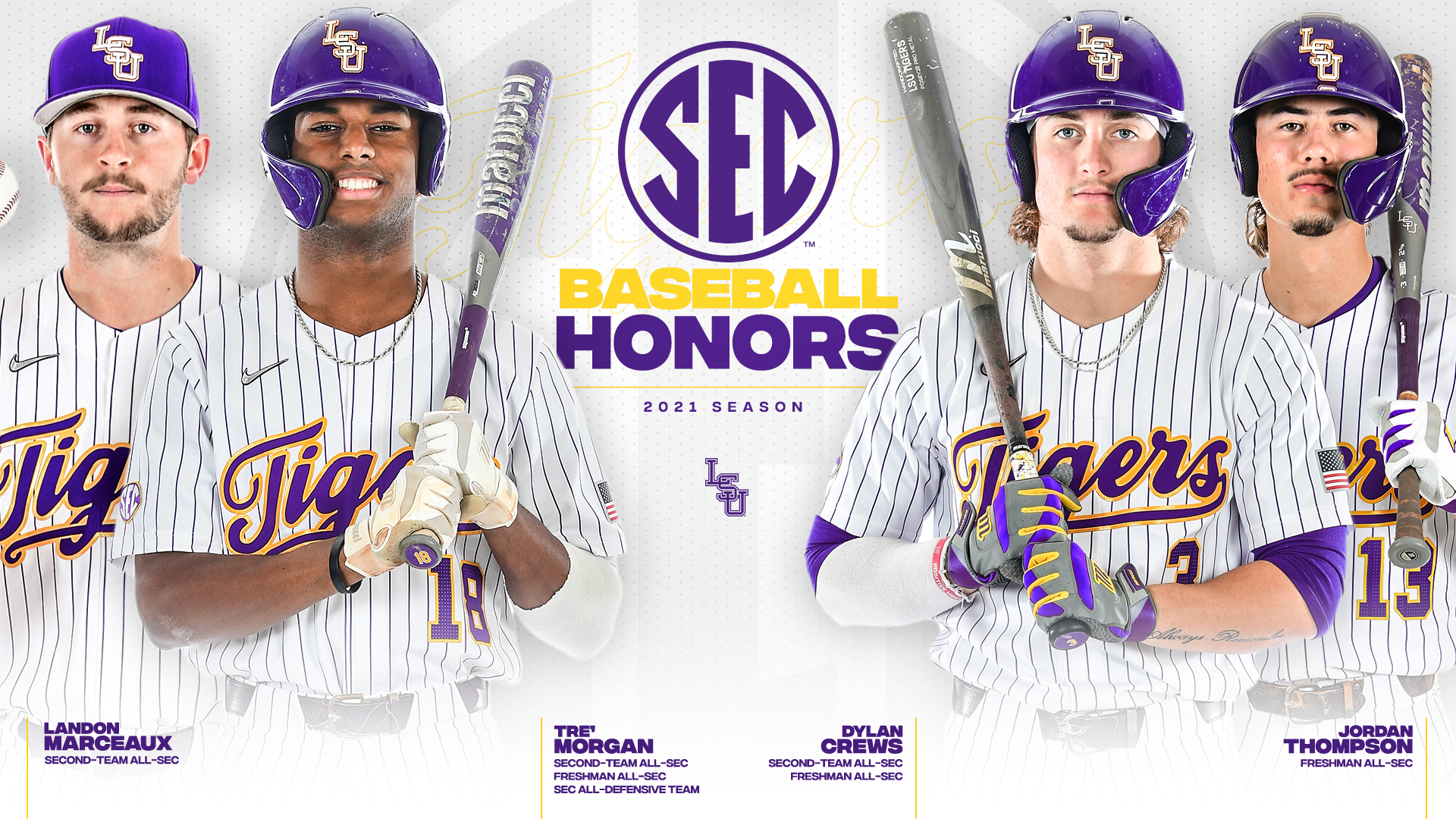 HOOVER, Ala. – Four members of the LSU baseball team received 2021 All-SEC recognition Monday in a vote of the league coaches.

Marceaux is No. 3 in the SEC in cumulative ERA (2.04), and he is No. 2 in the league in innings pitched and No. 8 in strikeouts (98). The right-hander from Destrehan, La., posted a streak earlier this season of 33.2 consecutive innings without allowing an earned run.

Thompson has emerged as one of the SEC best defensive shortstops with tremendous range and an explosive arm. He has also collected two doubles, one triple, eight homers, 24 RBI, 32 runs and five steals this season.