Orlando, Fla. – LSU Women’s Tennis team seniors Taylor Bridges and Paris Corley will begin their quests in the first round of the 2021 NCAA Singles Tournament, with Corley facing Ahmeir Kyle of Xavier at 1 p.m. CT and Bridges taking on Anna Campana of Wake Forest at 4 p.m. CT on Sunday, May 23, at the USTA National Campus. 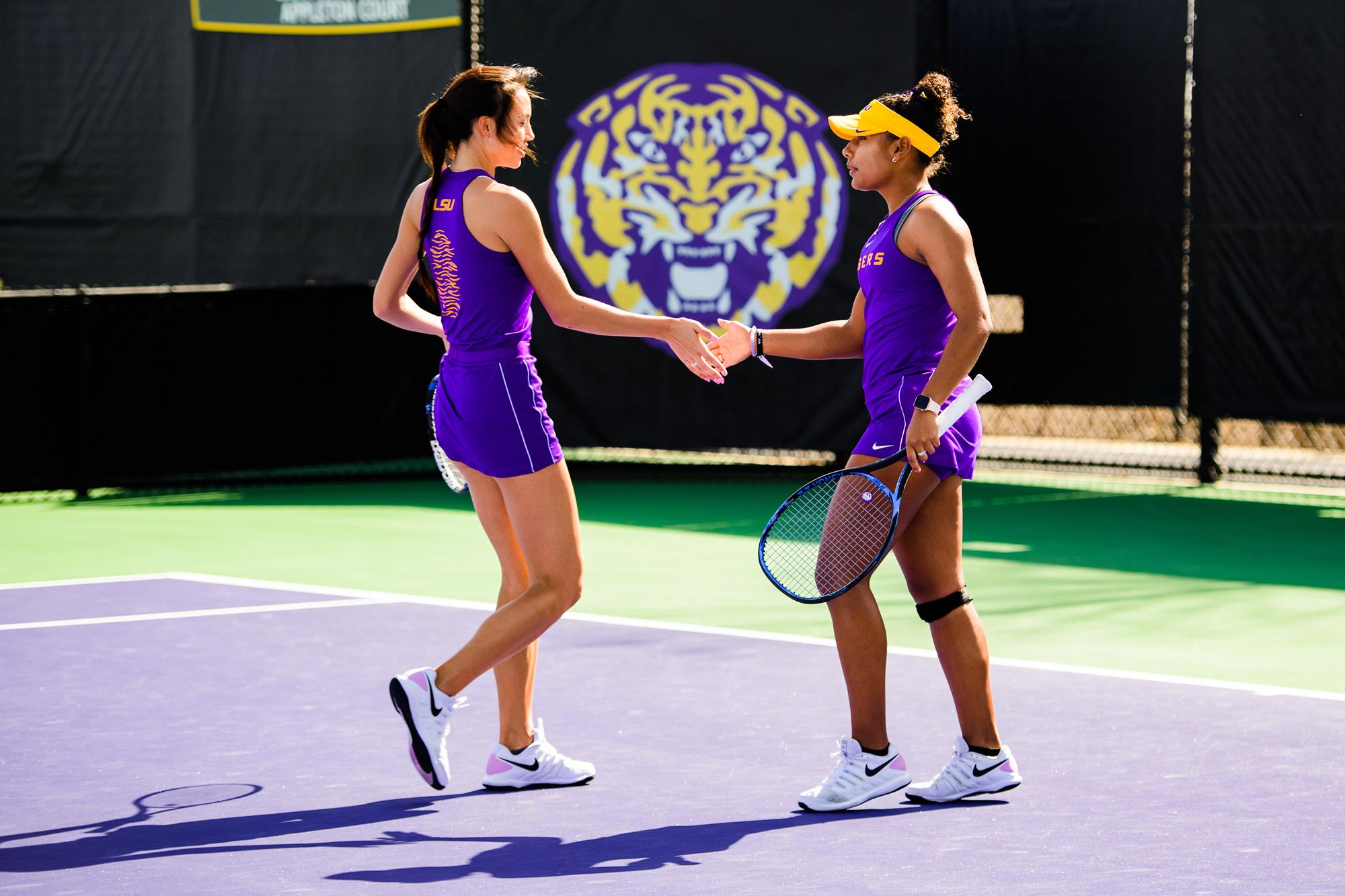 Orlando, Fla. – LSU Women’s Tennis seniors Taylor Bridges and Paris Corley will begin their quests in the first round of the 2021 NCAA Singles Tournament, with Corley facing Ahmeir Kyle of Xavier at 1 p.m. CT and Bridges taking on Anna Campana of Wake Forest at 4 p.m. CT on Sunday, May 23, at the USTA National Campus.

“Paris and Taylor are ready for their next step,” co-head coach Michael Sell said. “After helping lead their team to a historic season, they are starting the NCAA Singles Tournament, which signifies the impressive year they have had. They have been our leaders and we are proud of everything these two have accomplished. They have prepared well and are ready to start tomorrow against the fellow elite players in the country. They are ready to go and will continue to represent LSU with respect and class.”

In her third and final year with the LSU Women’s Tennis team, Corley played some of her best tennis as she led the Tigers in both singles and doubles wins for the year. In singles action, Corley followed up a stellar 8-1 season in the fall with an 11-3 record in dual action playing primarily at the No. 3 spot. Her 19-4 overall record saw her be a mainstay in the ITA Singles Rankings, rising as high as No. 40. Corley’s success saw her earn All-SEC honors for the first time in her career as she was named on the All-SEC Second Team at the end of the regular season.

Kyle’s spot in the NCAA Singles Tournament marks the first time the Xavier Musketeers have had an individual qualify for the tournament. Kyle played at the No. 1 spot all season, tallying a 10-4 record, including two wins over ranked opponents. She led the Musketeers to the 2021 BIG EAST title and was a unanimous selection to the All-BIG EAST First Team.

Bridges led from the front for the Tigers as she helped contribute to a successful dual season with strong play at the No. 1 spot. In singles, Bridges grabbed 14 wins in the overall season and stayed within the Top 64 all year in the 2021 ITA Singles Rankings, peaking as high as No. 39. Her success all-around led to her earning a spot on the 2021 All-SEC Second Team.

Campana is a sophomore from Wake Forest and helped contribute to a strong season for the Demon Deacons. Playing at the No. 2 single spot, she tallied six wins, with two against ranked opposition, and remained present in the Top 64 of the singles rankings the whole season.