Tigers in Eighth After Round One of NCAA Championships 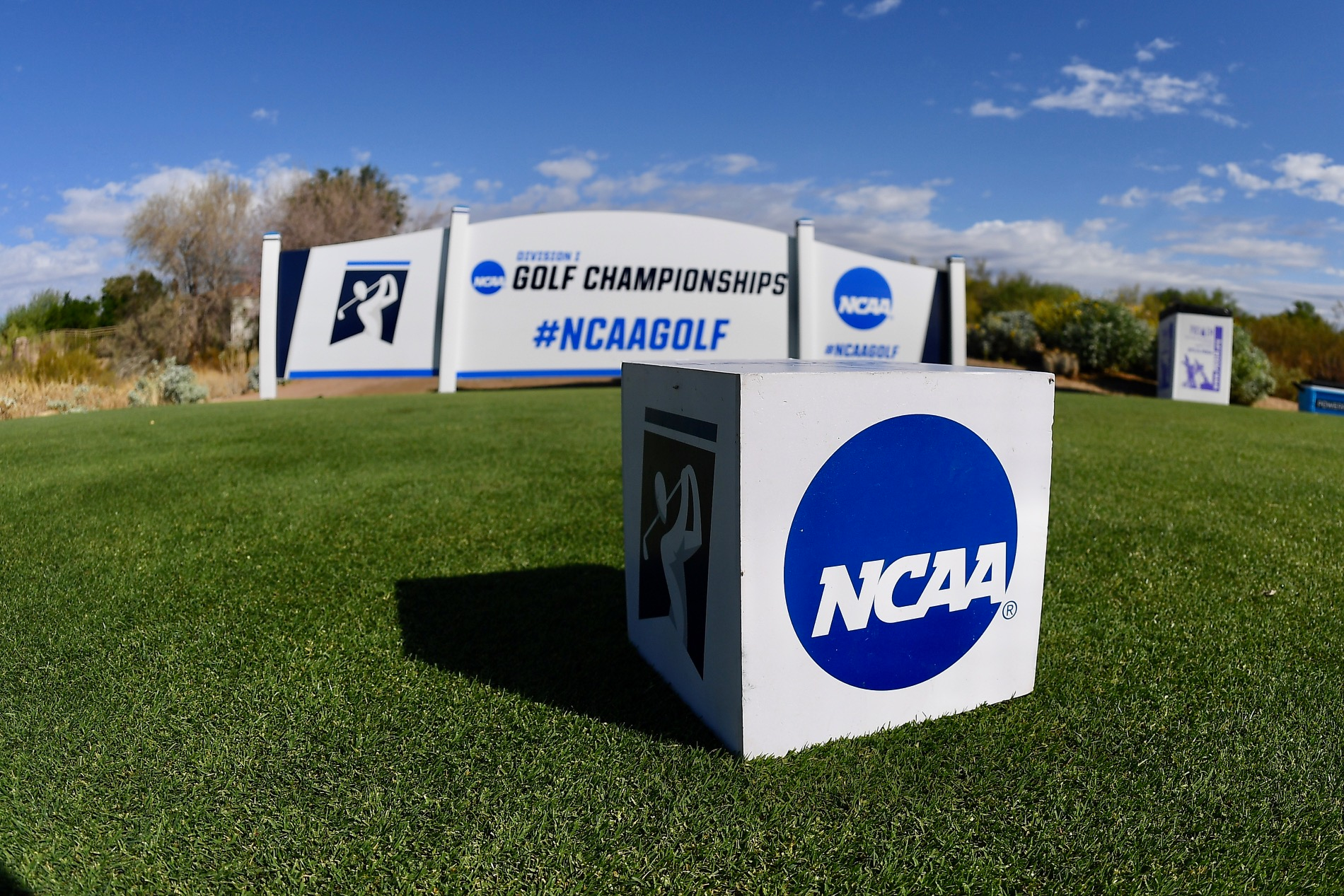 The Tigers posted a team score of 8-over par 296 to stand in a tie for eighth place in the 24-team field. The afternoon wave LSU led off in was wind blown at times as a steady wind of 15 miles per hour out of the southwest regularly gusted into the high 20s.

“The course played difficult with the wind for those in the afternoon,” said Head Coach Garrett Runion. “We look forward to getting back out there first thing Saturday when the conditions are a little more favorable and allow ourselves to get more into a good rhythm.”

LSU finished the round in a tie with Ole Miss. Four teams are in front of this group tied for fourth at 4-over.

Only four golfers broke par with Stanford’s Rachel Heck at 3-under par 69. Kaitlyn Papp of Texas is second at 2 under 70.

Wallace and Mulet are in a group at 73 tied for 19th place.

Wallace opened with two birdies on her first eight holes before running into some trouble on the turn. But she rebounded with a birdie on the par 5 fourth hole, her 13th of the day and finished out with pars to post 73.

Mulet had three birdies on the day to post her 1-over.

Annika Award finalist Ingrid Lindblad showed her determination over the final nine holes after bogeys on the 15th, 16th and 18th holes had her at 2 over at the turn. She held that mark through her final nine holes with nine good pars to finish at 74 and in a Tie for 38th, just five shots off the lead.

Kendall Griffin was LSU’s other counting score in the play five, count four format with a 4-over 76. Griffin had a key birdie at the par 5 7th hole, her 16th of the round.

LSU tied for the lead in play on the par 5 holes at 5-under par. LSU had 12 birdies on the round.

Lindblad played the par 3s in even par while Latanna Stone is tied for the field lead in play on par 5s at 3 under par.

The Tigers are out first on Saturday at 6:30 local time, 8:30 CDT again with Duke and South Carolina. This round will start on the first hole. All teams will play 54 holes through Sunday before the field is cut to 15 teams for Monday’s round to determine the eight teams that will advance to match play.

Live scoring is available at Golfstat.com and updates are available on Twitter @LSUWomensGolf.