BATON ROUGE – The No. 7 LSU softball team (34-19) defeated UL Lafayette (45-11) Saturday afternoon, 10-3, in Game Three of the Baton Rouge Regional. The Tigers advance to championship Sunday where they’ll face off with the winner of the elimination bracket at 1 p.m. Check back later for a full game recap. 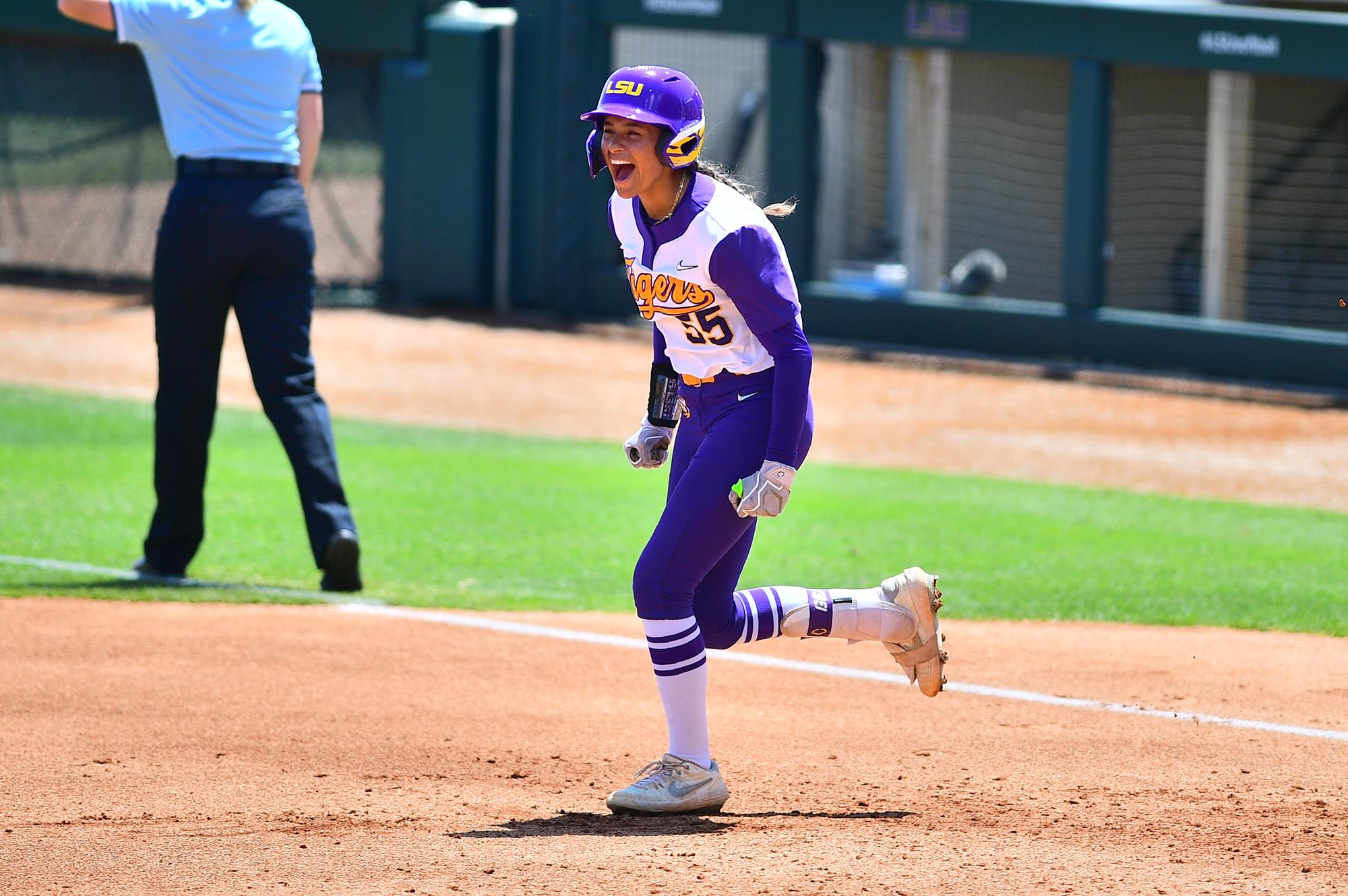 Five LSU batters had three-hit games to life the Tigers to the win over the Ragin Cajuns. Shelbi Sunseri was 3-for-4 with three RBI, a double and a home run. She matched the effort in the circle to earn the win and improve to 11-6 on the year. She limited ULL to three runs on eight hits.

“I’m so proud of the effort by our team today, so proud of our offense literally one through nine in the lineup, with the defensive performance there were some huge moments with Shelbi (Sunseri) on the mound. And a huge thank you to Tiger fans,” head coach Beth Torina said. “What an incredible moment to have the stadium filled today and just have so many people supporting us, not just for today but for this whole season and this whole year. It was so cool to have it full today.

A force on the mound

LSU will play ULL, George Washington or McNeese at 1 p.m. CT Sunday in game six of the weekend. The game will be streamed on ESPN3 through WatchESPN.com and the app. Television assignments will be announced later. The Tigers need just one more win to advance to the NCAA Super Regional.

UL Lafayette got on the board in the first with a solo home run by leadoff hitter Ciara Bryan.

LSU responded in the bottom half of the inning by batting around on the way to scoring five runs. Aliyah Andrews and Ciara Briggs led off with infield singles and moved to scoring position after stolen bases. Taylor Pleasants was hit by a pitch, the first of three on the day, and Amanda Doyle followed with a double to plate two runs. With one out, Raeleen Gutierrez launched a two-run home run that hit off the foul pole in right field.

UL- Lafayette plated another run in the second, but Sunseri’s two-run double extended the Tigers’ lead to 7-2.

In the fourth, Gutierrez double to right field and moved to third on a fly ball from Sunseri. Catcher Morgan Cummins brought her home on a two-out single to center field.

ULL’s third run came on a two-out double to the wall by Justice Milz.

LSU’s final two runs came in the sixth on a leadoff solo home run by Sunseri and RBI single to left-center field by Briggs to score Andrews.