ORLANDO, FLA.—LSU men’s tennis redshirt freshman Ronald Hohmann will kick off his NCAA Singles Championship campaign on Sunday, May 23 at 3:30 CST at the USTA National Campus. 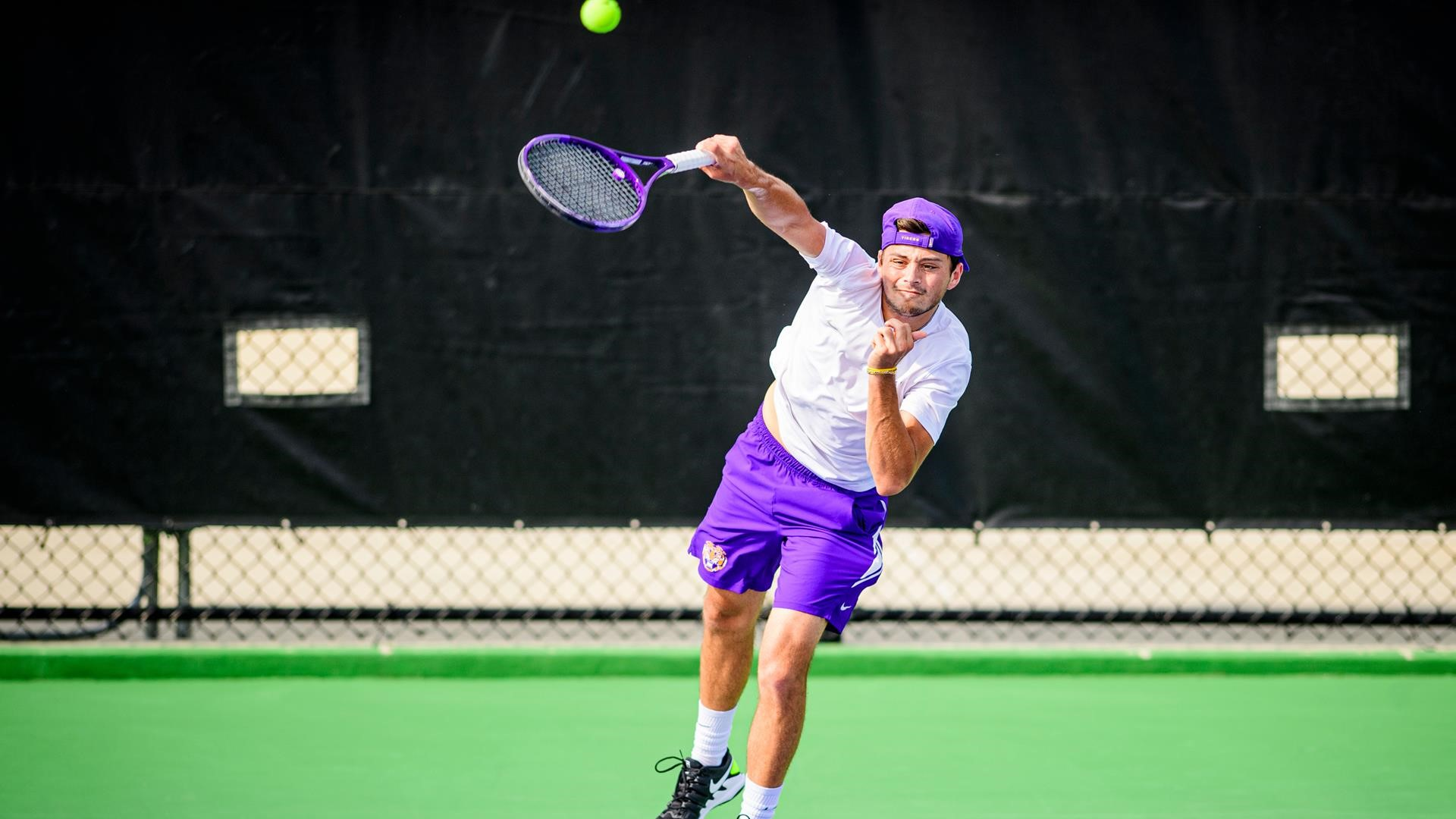 Ronald Hohmann (13-13, 3-7 SEC) followed up his impressive first season at LSU with an even better second season. He has solidified himself as LSU’s No. 1, going 6-5 against ranked opponents. Hohmann comes in at No. 31 in the ITA Singles rankings and landed a spot on the All-SEC Second Team.

Hohmann will be taking on Rinky Hijikata from North Carolina. Hijikata has a 12-2 record and an undefeated 5-0 record in ACC play. His only losses came from Tennessee’s Johannus Monday (4-6, 2-6), and Virginia’s No. 21 Jeffery Von Der Schulenburg (0-1, retired). The 2021 All-ACC First Teamer is UNC’s top player in the ITA Singles rankings coming in at No. 24.

UNC is coming off a Sweet 16 appearance in the NCAA Tounrament where they were defeated by fellow SEC opponent, Georgia, 4-3. Hijikata was victorious in his match, however, defeating No. 27 Tyler Zink (6-3, 7-6(2).