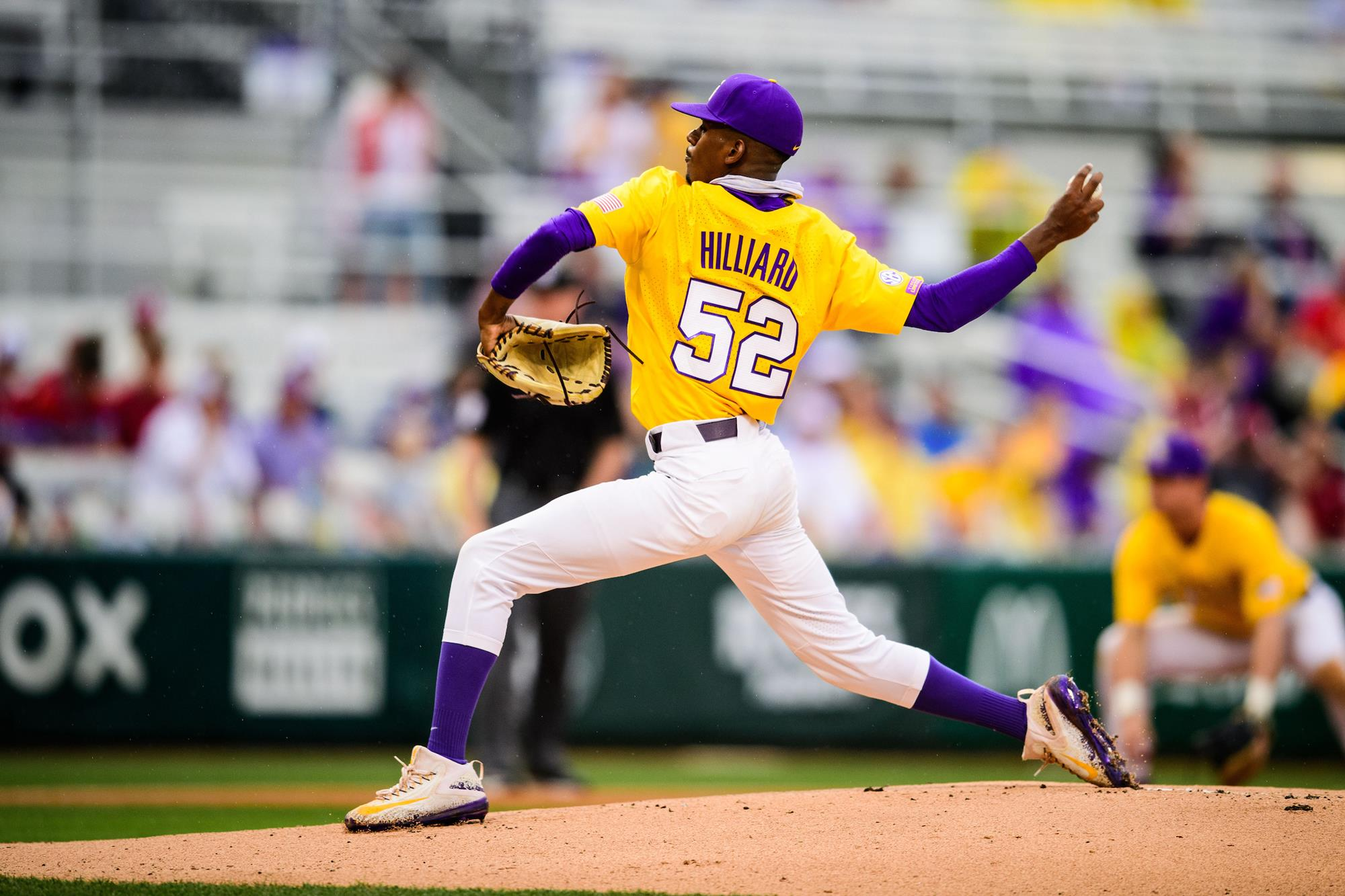 LSU won its third straight SEC series and its fourth in the past five weekends. The Tigers completed the regular season with a 34-21 overall record, 13-17 in the SEC.

“Texas A&M made a couple of errors that helped us get going,” said LSU coach Paul Mainieri, “but the three home runs in one inning was obviously huge. The story of the game was Ma’Khail Hilliard; he went out there and dazzled them again and did a phenomenal job.”

Texas A&M starter Chris Weber (1-3) was charged with the loss, as he surrendered six runs – four earned – on six  hits in three innings with one walk and two strikeouts.

The Tigers seized a 2-0 lead in the top of the first inning, taking advantage of three errors by the Aggies. First baseman Tre’ Morgan and rightfielder Dylan Crews scored on the Texas A&M miscues.

Centerfielder Drew Bianco capped the inning with a solo homer, as the Tigers expanded their lead to 6-0.

LSU led 7-2 entering the top of the ninth inning, when the Tigers added a run on Morgan’s RBI double.

Reliever Trent Vietmeier blanked the Aggies over the final two innings, retiring all six batters that he faced.

“I’m so proud of our players, they are giving tremendous effort,” Mainieri said. “They represent our university with a lot of dignity and a lot of class. They compete as hard as they can, and they represent LSU the right way.

“I think we have a realistic chance at an NCAA Tournament bid; we’re going to go to Hoover and let it rip and see what happens.”