LSU erupted for six runs in the top of the 13th inning Friday night and defeated Texas A&M, 12-6, in Bryan-College Station, Texas. The win clinched a berth for LSU in the SEC Tournament, and it marked the 1,500th victory of coach Paul Mainieri’s career. 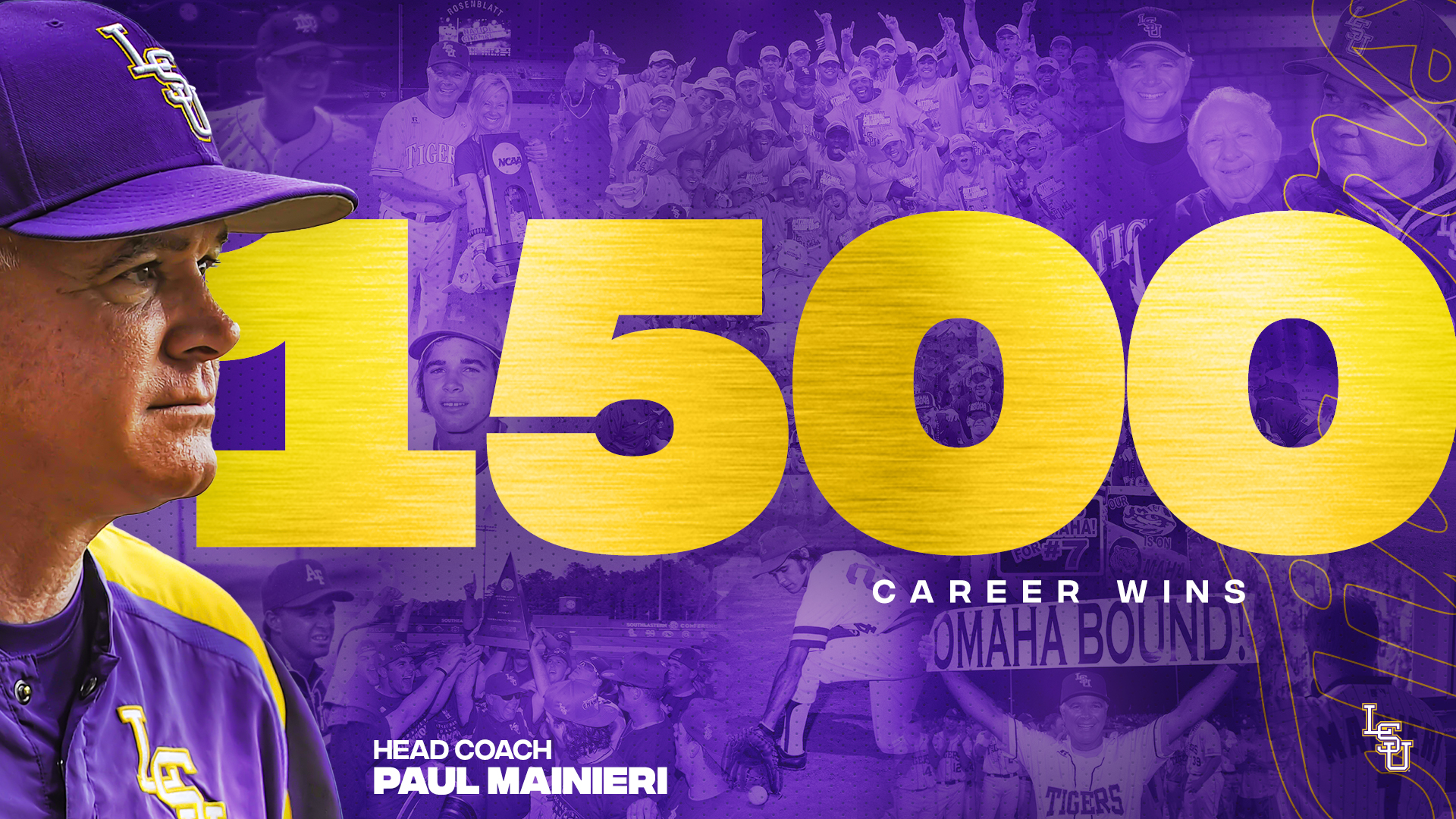 Third baseman Cade Doughty doubled and homered and collected five RBI to lead the Tigers at the plate. Reliever Devin Fontenot (3-2) was credited with the win as he fired three scoreless innings with no hits, one walk and two strikeouts.

Texas A&M reliever Chandler Jozwiak (2-4) was charged with the loss, as he surrendered five runs on four hits in 3.2 innings with four walks and four strikeouts.

“It was really an amazing game, and the relief pitching won the game for us,” Mainieri said. “Every game we play with Texas A&M seems to come down to the wire. I’m glad we ended up on top in this one.

“I’m very proud of this team –  it hasn’t been an easy season, it’s been a grind, but our players have never given up. That’s a testament to the character of this team; when the chips are down, they still fight their way through obstacles.”

LSU scored all six of its runs in the top of the 13th with two outs in the inning. Pinch hitter Zach Arnold delivered a two-run single to break the 6-6 tie, and the Tigers expanded the lead to 10-6 on Doughty’s two-run double.

Pinch hitter Brody Drost added an RBI single, and the sixth run of the inning scored on a Texas A&M infield error.

After the game, Mainieri reflected on the significance of his 1500th career win. He is only the fifth coach in NCAA Division I Baseball history to win 1500 games and a national championship. The others are Augie Garrido (Cal State Fullerton/Texas), Gene Stephenson (Wichita State), Jim Morris (Miami) and Mark Marquess (Stanford).

“I haven’t won any games,” Mainieri said, “it’s the players that have won the games. I’ve just been blessed for 39 years to be surrounded by an awful lot of great kids, wonderful human beings that have gone out there and played their hearts out.”