BATON ROUGE – The LSU softball team defeated the McNeese Cowgirls, 10-2, in run rule fashion in Game One of the Baton Rouge Regional. The Tigers record moves to 35-24 on the season while McNeese falls to 32-20. The Tigers advance in the winner’s bracket of the regional and will play tomorrow at 2 p.m. against the winner of Game Two. Check back later for full game recap. 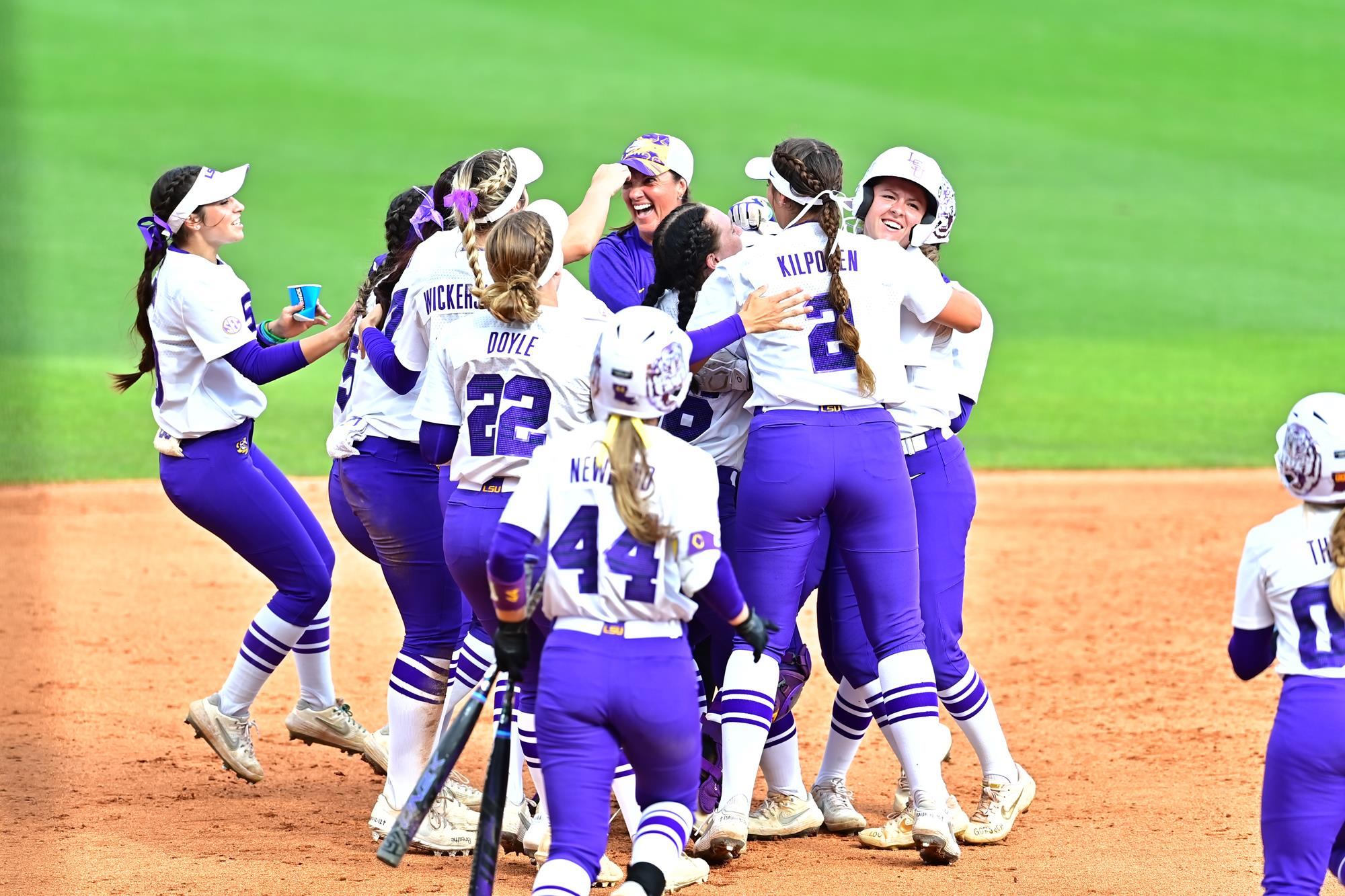 BATON ROUGE – Pinch hitter Jordan Perkins hit a two-run, double with the bases loaded in the bottom of the sixth inning to give No. 7 LSU softball  (33-19) a 10-2 run-rule win over McNeese State (34-25) in the opening game of the NCAA Tournament Friday afternoon at Tiger Park.

The Tigers will face the winner of UL-Lafayette and George Washington in the winner’s bracket at 2 pm. CT Saturday. The game will be broadcast on ESPN3 through WatchESPN.com and the app.

The win marked LSU’s 13th run-rule victory in NCAA Tournament play and the first since a 9-0 win over Fordham to open the 2018 Baton Rouge Regional.

“I was just really excited about the way we played today,” head coach Beth Torina said. ” It was truly a team win with performances from players across the lineup. I thought we continued to put pressure on, which is why I think we had the success we did. To start this postseason with a win like that, against a really good team like McNeese,  is a good moment for our team.”

Shelbi Sunseri improved to 10-6 on the year. She threw all six innings and allowed two runs, one earned, on four hits. The Cowgirls’ Whitney Tate (13-9) was charged with the loss after allowing four runs on six hits.

McNeese took the 1-0 lead in the top of the first inning. Cori McCrary scored before Kaylee Lopez was thrown out at second.

The Tigers responded in the first off the bat of Amanda Doyle. She hit a two-out, two-run home run to right field.

LSU extended its lead to 4-1 in the fourth with a two-run home run by Sunseri.

The Cowgirls cut into the lead in the fifth on a sac fly by Jil Poullard.

In the bottom of the fifth Doyle hit another home run, this time a solo shot, to push LSU’s lead to 5-2.

LSU put up five runs in the sixth to seal the win. Aliyah Andrews scored on a fielding error and Georgia Clark’s single to center field plated Ciara Briggs. Raeleen Gutierrez added to the barrage with a single to center field, which scored Doyle. The winning two runs came off Perkins’ one-out double.

With their home runs today, Sunseri and Doyle now each have 32 career home runs, which is tied for fifth in school history.