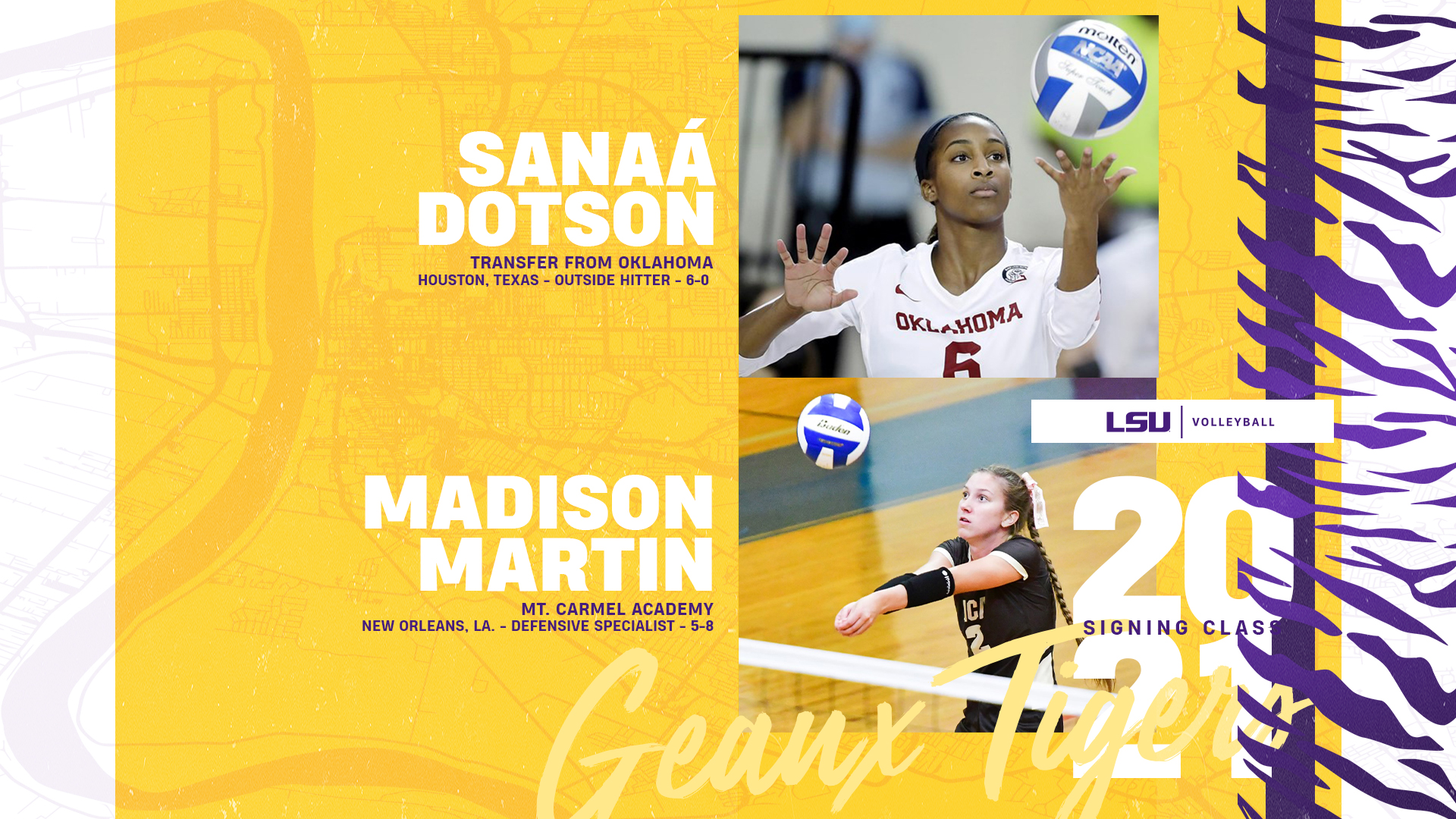 Dotson is joining the Tigers as a transfer entering her junior year from Oklahoma and Martin will be a freshman in the fall.

As a sophomore this past season, Dotson excelled through the latter part of the schedule as an outside hitter, finishing with double-digit kills in 12 of her final 13 matches at OU. Dotson added some defense also in the season’s final two matches, compiling her first two career double-doubles with kills and digs. The final match of the season saw Dotson finish with career-highs in both, exploding for 26 kills and 12 digs during a four-set match against TCU.

Dotson started 12 of 18 matches and played in every set during her sophomore campaign, finishing No. 2 for the Sooners in kills (215) and kills per set (3.36). She added 27 blocks as well. Throughout her career Dotson has 302 kills and has averaged 2.72 kills per set.

The Houston, Texas native was a prep star at Memorial High School, earning AVCA All-America honors and being a two-time All-State selection. Dotson was named to PrepVolleyball’s Top 100 Senior Aces as a member of the 2019 class. She brings an impressive athletic pedigree to Baton Rouge too as the daughter of Santana Dotson, Super Bowl XXXI Champion and the 1992 NFL Defensive Rookie of the Year.

“We are excited to add Sanaa to our roster,” Flory said. “She is a dynamic attacker with outstanding offensive range and good ball control skills. Her experience will make her super valuable to our roster and our line-up.”

Martin is a defensive specialist from New Orleans, La. who helped lead Mt. Carmel Academy to a state championship as a junior and a state semifinals appearance as a senior. She was named to the LHSAA Division-I All-State Team and AVCA Under Armor All-Region team after she led the state in digs this year.

Before moving to New Orleans, Martin played at Spruce Creek High School in Florida. She earned the Academic Athlete All-State Award in 2019 after she set the Spruce Creek school record for digs in a season.

“Madison will be an outstanding addition to our roster,” Flory said. “She is an outstanding ball control player who has the tenacity to transition well into the collegiate game.  We are glad she is a Tiger.”