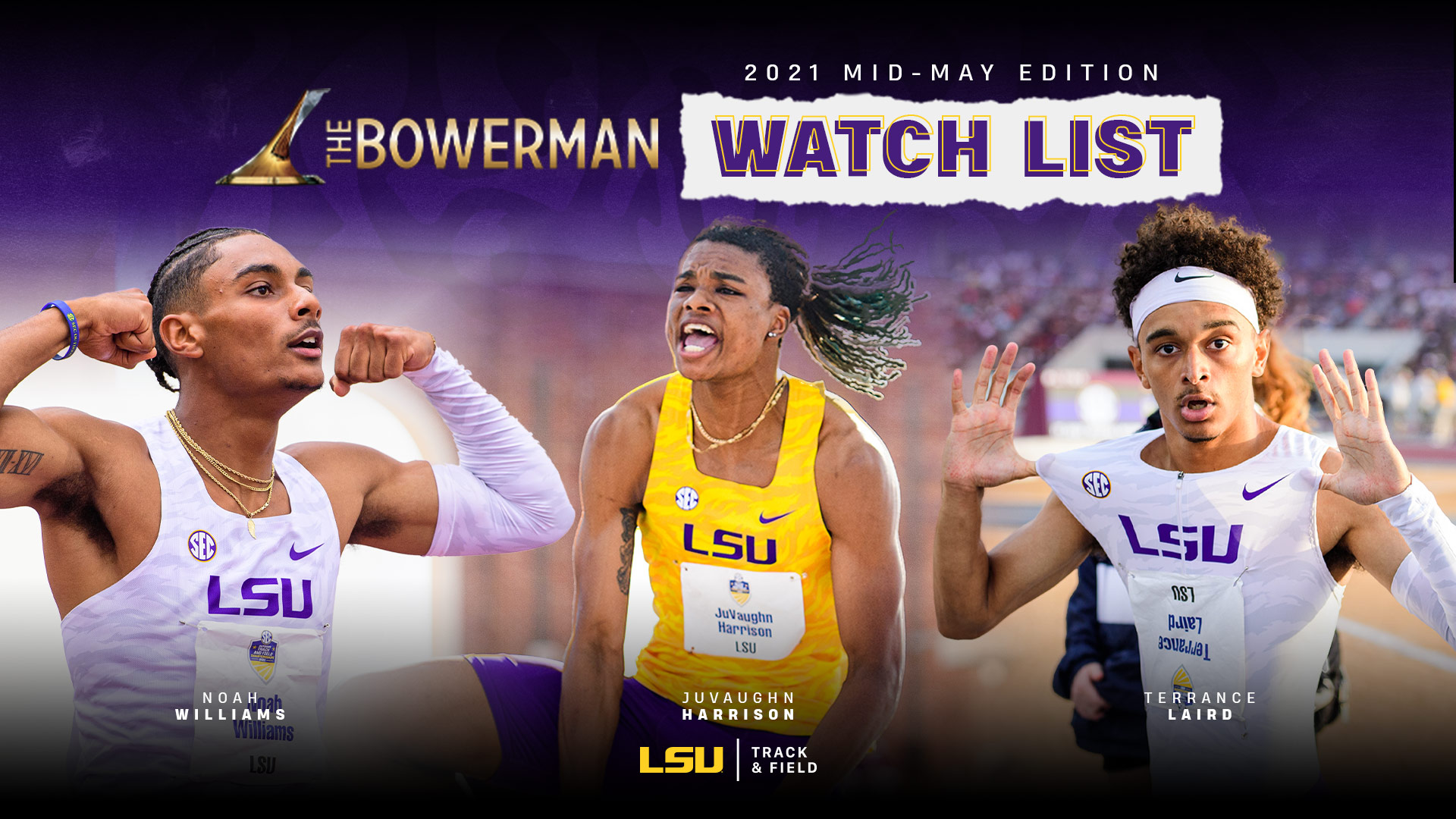 Baton Rouge, La. – For the third straight release, LSU’s JuVaughn Harrison, Noah Williams, and Terrance Laird are all still on The Bowerman Watch List – post conference edition – that was released on Thursday afternoon (May 20).

This is watch list appearance No. 9 for Harrison who continues to impress with his ever rare jumping skills in the long jump and high jump. At the SEC meet it was his immaculate performance that raised eyebrows around the world. He entered at a height of 7′ 1.50″ (2.17 meters) and proceeded to clear seven straight bars en route to victory that culminated with a winning clearance of 7′ 8.75″ (2.36 meters). The winning mark of 7′ 8.75″ ranks No. 2 in the world this year, leads the NCAA, and is the second best clearance in collegiate outdoor history. Harrison also picked up silver in the long jump at the SECs with a leap of 27′ 0.50″ (8.24 meters). He will enter the NCAA championship ranked as the No. 1 long jumper and high jumper in the nation.

Laird earned High Point Scorer of the Meet honors at the SEC meet with a grand total of 22.5 points after his three victories. His best performance of the weekend came in the 200 meters when he clocked a winning time of 19.82 on his way to breaking the SEC meet record held by Justin Gatlin. He also ran a quick wind-aided time of 9.80 seconds in the 100 meters for gold, and he anchored the LSU 4×100 meter relay team to gold as well. Laird’s season best of 19.81 in the 200 meters is still a world lead for 2021.

This makes watch list appearance No. 9 for Harrison, No. 4 for Williams, and No. 3 for Laird. These three honorees plus Tonea Marshall on the women’s side makes LSU the only school in the nation with four members currently on The Bowerman Watch List. Each year The Bowerman is awarded to the top female and male collegiate track and field athlete each December.