SCOTTSDALE, Arizona – The No. 3-ranked LSU women’s golf team finally gets back to the course here on Friday in the first round of the NCAA Division I Women’s Golf Championship at the Grayhawk Golf Club’s Raptor Course. 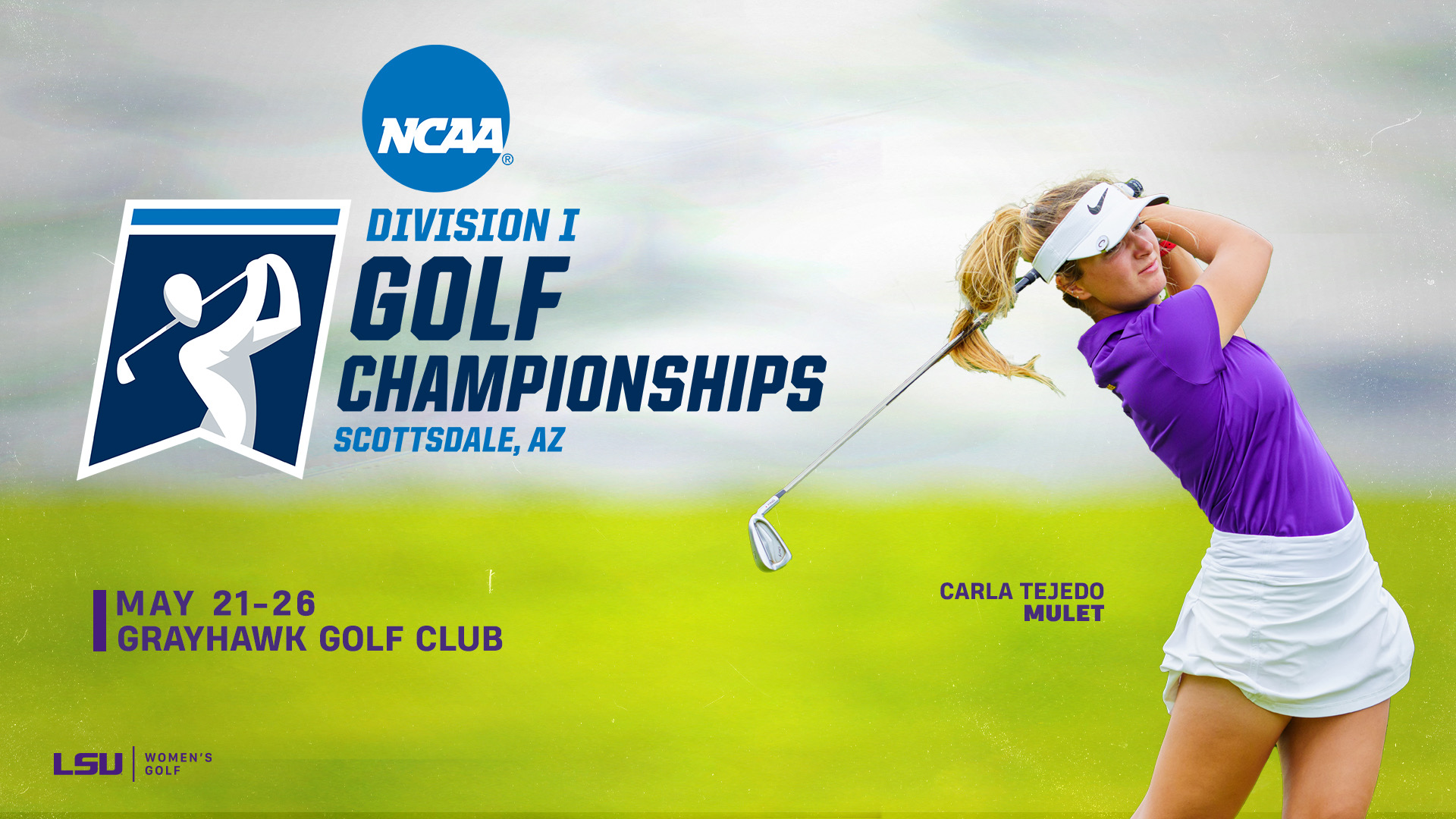 SCOTTSDALE, Arizona – The No. 3-ranked LSU women’s golf team finally gets back to the course here on Friday in the first round of the NCAA Division I Women’s Golf Championship at the Grayhawk Golf Club’s Raptor Course.

This is the first of two weeks of championship play on this desert layout as the women’s and men’s national championships will be decided here. This is the first of what could be multiple years the tournament will be here as the NCAA considers a possible semi-permanent host for the event. The event is being hosted by Arizona State University, Grayhawk Golf Club and The Thunderbirds,

The Tigers went through their practice round Thursday at the course, trying to learn the nuances of desert golf and in particular this Grayhawk layout which will play at some 6,400 yards and par of 72. The par-3 eighth and sixteenth holes will have two tee box options that the NCAA committee can use and there are three-options for the par 4 17th hole, including the option to make it a possible drivable par 4 at 276 yards.

While the Tom Fazio-designed Raptor course has fairways that are wide in many spots, there are areas where cactus and vegetation could be issues off the tee. The green surfaces are large with several elevation changes on may of the holes.

Thursday’s practice round gave LSU’s team a chance to understand the setup of the course.

“The main thing is really just getting the speed of the greens. We haven’t played or chipped out of this type of grass, so we wanted to learn the reaction and the action of the ball. It’s a little firmer, it bounces a little more and learn how it is releasing,” said LSU head coach Garrett Runion, who is on the watch list for national coach of the year. “We don’t want to give away any strokes from three putts or chipping it 20 feet by when it could have been a little closer.

“I think we did well. It was a good day,” LSU’s third-year women’s head coach said. “They certainly aren’t scared by the big tournament. They weren’t scared how big the course was. They are ready to go. We hit a lot of good shots.”

The course hosted a PGA Tour event from 2007-09 and is listed among the best public golf courses in Arizona by Golfweek and Golf Magazine.

The field features 24 teams and 12 individuals with five other Southeastern Conference teams joining the Tigers in the field – Alabama, Auburn, Georgia, Kentucky and Ole Miss.

LSU is making its 14th appearance in the national championship tournament, dating back to the inaugural NCAA event in 1982 and this will be their first appearance since 2015. LSU twice finished third in the event in both 2011 and 2012 in the 72-hole stroke play format. In 2011, then freshman Austin Ernst won the individual competition, shooting a six-under par 66 in the final round to finish the tournament at 7-under 281.

LSU is led by sophomore Ingrid Lindblad who is in the final voting presently for the Annika Award and is No. 2 in the Sagarin/Golfweek individual performance rankings. She is 25-8-1 versus the top 25 individuals in the rankings this season. Sophomore Latanna Stone is No. 27 in the Golfweek rankings. Both were named to the All-SEC first team this season while Carla Tejedo Mulet was selected to the All-SEC Freshman team.

For LSU it will be their first competition since the SEC Championships on April 17 when they lost in the semifinal round of match play after shooting an NCAA record 46-under par in the 54-hole medal portion of the tournament.

LSU, entering with what is on pace to be a record setting scoring year with an average of 287.67 per round, will have senior Kendall Griffin and junior Alden Wallace to complete the expected starting lineup. Presley Baggett is also with the team and practicing and can be inserted into the lineup as the tournament continues.

The Tigers finished their Thursday round as temperatures hit the mid-90s with winds gusting out of the southwest between 10-20 miles per hour. Winds are supposed to remain the same for the opening round on Friday but temperatures are expected to only reach 85.

“I think the teams that tee off in the morning may have the advantage playing without wind. I kind of like that we are teeing off later (Thursday) so that we will get an idea for what a good score is and how the course is playing,” said Coach Runion.

LSU will be in the morning wave on Saturday in the second round.

The tournament starts out with all teams and players playing 54 holes through Sunday. For Monday’s final medal play round, the field is whittled to the top 15 teams and six individuals not on those teams. The individual NCAA champion will be decided at that point and the top eight teams will enter the match play portion of the competition on Tuesday. The final two teams will play for the national championship on Wednesday afternoon.

The Golf Channel will have extensive live coverage of the event beginning on Monday. Live scoring and results will be available at Golfstat.com. Follow updates during the round on Twitter @LSUWomensGolf.