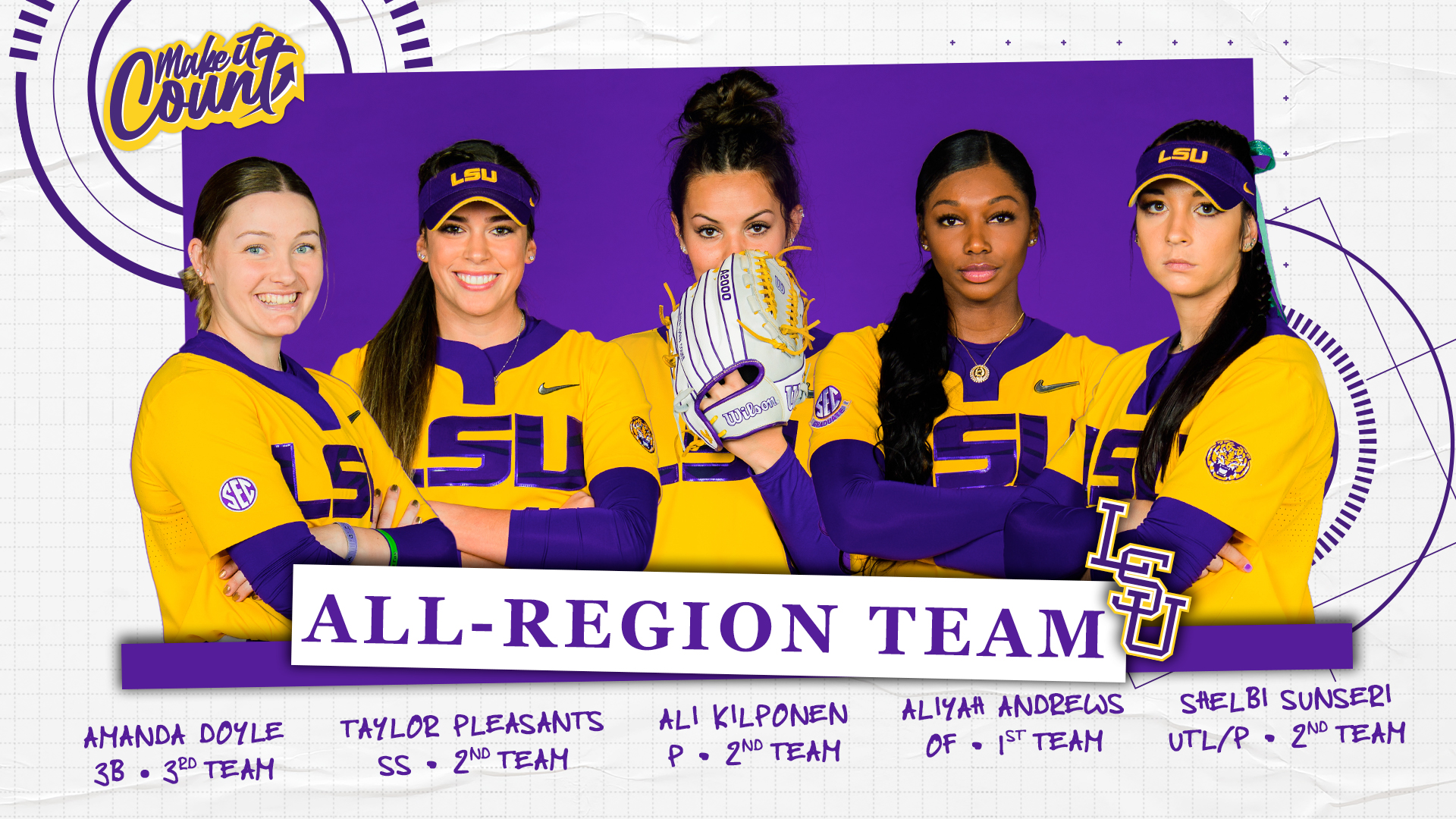 LSU has had 89 total players in program history named to an all-region team and at least one every year since 1997. Forty-eight Tigers have been named to the first team, and it marked Andrews’ second selection to the top team in the south.

“I am really proud of this group for being selected to this prestigious team alongside some of the best players in the nation,” head coach Beth Torina said. “They put in the work each and every day, and they were rewarded by the coaches.”

Andrews and Doyle have been everyday starters in LSU’s lineup over the last five seasons. Andrews leads the team in batting average at .365 with 62 hits and 40 runs scored. Doyle has been a strong third baseman with a .964 fielding percentage and at the plate she owns 41 hits and 33 RBI. Andrews and Doyle are second and fourth among active division I players in games played with 262 and 259.

Pleasants is the SEC Newcomer of the Year and All-SEC first team selection. The second-year freshman is second on the team with a .314 average. The Houston, Texas, native owns 50 hits and a team-high 57 RBI and 11 home runs.

The LSU team was selected as the No. 7 overall seed in the NCAA Softball Tournament. The Tigers will host the NCAA Baton Rouge Regional May 21-23 at Tiger Park. Things get started against McNeese at 3 p.m. Friday on ESPNU.