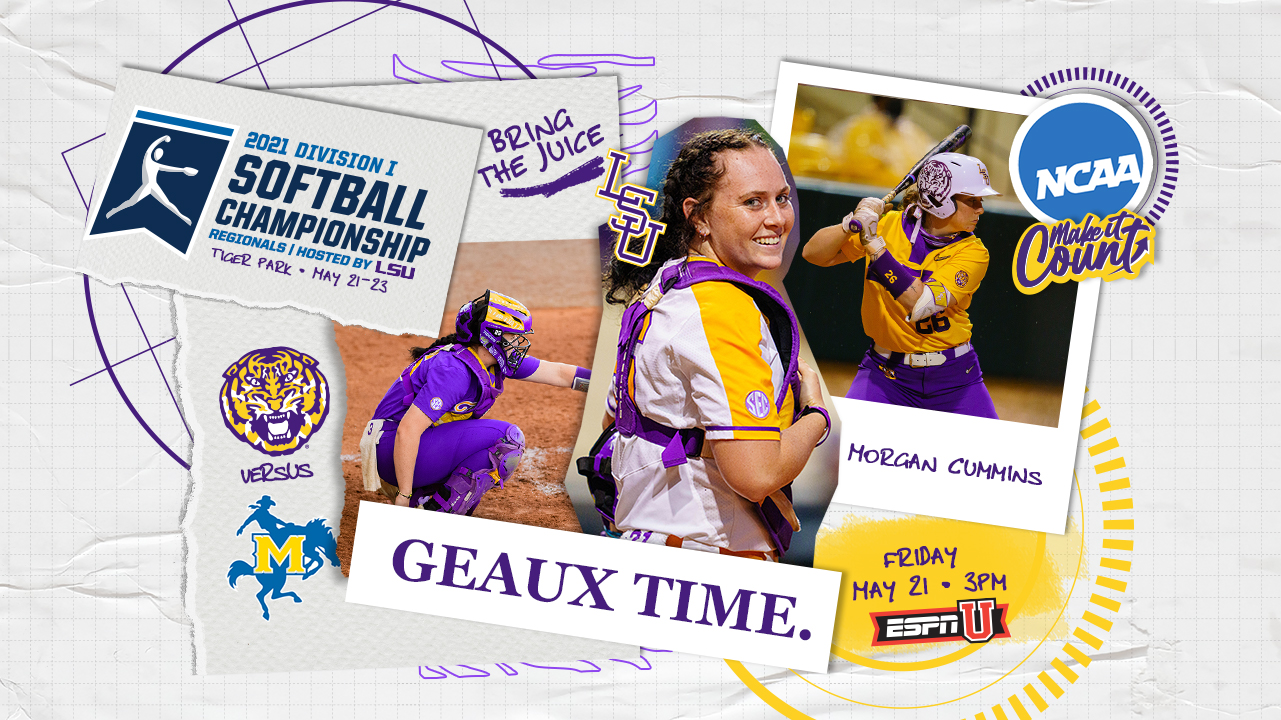 The regional features UL-Lafayette, George Washington and McNeese. The LSU-McNeese game will be televised on ESPNU and all games of the regional will streamed on ESPN3 through the WatchESPN.com and the app. More television information will be released throughout the weekend.

“To be able to be in Tiger Park and welcome 100 percent capacity is really exciting,” head coach Beth Torina said. “We know that a lot of fans will travel from the entire state and will provide a great environment for all four teams.

Tiger Park will be at 100 percent capacity after the NCAA’s announcement that local public health authorities will determine fan capacities at championship events. All-session books are still available at LSUtix.net

LSU earned the second-highest seed in school history after finishing the regular season with a 32-19 overall record and 13-11 record in the Southeastern Conference. The Tigers were rewarded by the committee after finishing with an RPI of six and playing one of the toughest schedules ever recorded.

It marks the sixth consecutive regional hosted by LSU and seventh in nine years under Torina. The Tigers have made 22 total appearances in the NCAA Tournament and own a record of 78-49 overall and 57-27 in regionals. The program has advanced out of a regional 10 times since 2001, including the last five opportunities.

The Cowgirls finished the season 34-24 overall and earned the Southland’s bid after winning the conference tournament. LSU and McNeese have meet three times in the NCAA Tournament with the Tigers owning a 3-0 record. The two teams met to open the 2021 season on Feb. 11, an 8-0, six-inning win for the Tigers.

“This team is young a majority of our lineup has never played in an NCAA postseason game so I am sure it will be some adjustment. We are not asking them to do too much. Just take one game at a time. We play the best when we play like LSU and don’t worry about anyone else.”

NFCA first team all-region selection Aliyah Andrews is the top bat in the lineup at the leadoff spot. Andrews is hitting .365 with a team-high 62 hits, 40 runs scored and 15 walks.

Briggs and Pleasants, in the second and third spot of the lineup, are hitting .329 and .314 respectively. Pleasants leads the team in home runs with 11 and RBI with 47. Briggs has a knack for getting on base and providing crucial hits. She has 49 total hits on the year – seven doubles, three triples and four home runs. She is also 11-for-12 on stolen bases this season.