BATON ROUGE – The LSU Tiger softball team is back in the NCAA Tournament for the 15th straight time as they were named to the 64-team field announced Sunday evening on ESPN2. 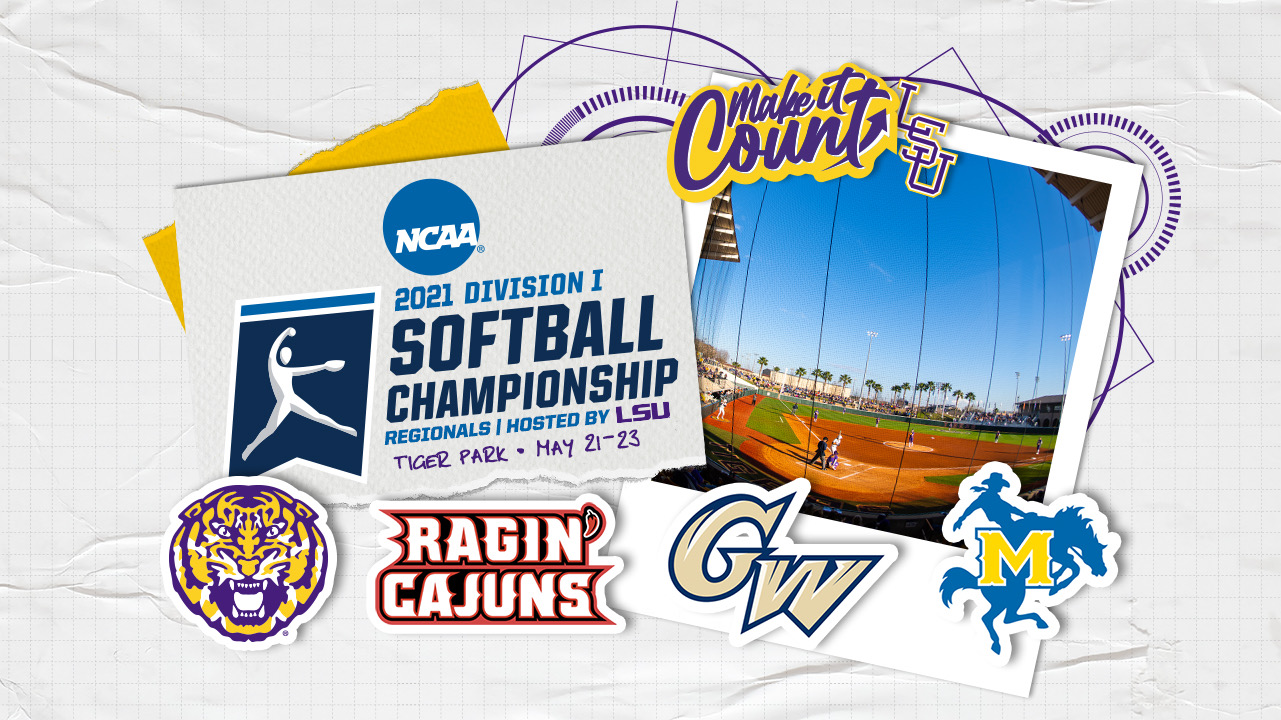 BATON ROUGE – The LSU Tiger softball team is back in the NCAA Tournament for the 15th straight time as they were named to the 64-team field announced Sunday evening on ESPN2.

Also, for the sixth straight year, the Tigers will host one of the 16 four-team regional rounds at Tiger Park in Baton Rouge starting on Friday. LSU is the No. 7 national seed, one of five Southeastern Conference teams that earned Top 8 national seeding.

The No. 7 national seed is the second highest regional round seed in LSU softball history, topped only by the No. 5 seed LSU earned in the 2015 season.

The first round schedule on Friday will have LSU (32-19) meeting McNeese State (Southland Conference, 34-24) at 3 p.m. CDT in a game televised by ESPNU and broadcast on the LSU Sports Radio Network. The second game on the first day will feature No. 2 seed UL-Lafayette (Sun Belt Conference, 44-10) against George Washington (A-10 Conference) at 5:30 p.m. CDT in a contest that will be streamed on ESPN3.The schedule for the remainder of the regional will be announced later by the NCAA and ESPN.

This will mark the sixth straight NCAA softball post-season event that LSU will host the regional round at Tiger Park dating back to 2015. LSU would be in line to host a Super Regional round if it would win the regional.

“We were rewarded by the committee with a top-eight seed. I told our players if they doubted themselves this year it shows how battle tested they are and what they have been through,” said LSU Softball Coach Beth Torina. “We may have more losses than other teams but it is a credit to the schedule we have played. I am looking forward to this weekend. We’ve hosted two of these teams before. They bring a lot of energy and great crowds. We have our work cut out for us as does every other team that is hosting.”

A reminder that under NCAA championship guidelines, Tiger Park will be limited to 50 percent capacity.