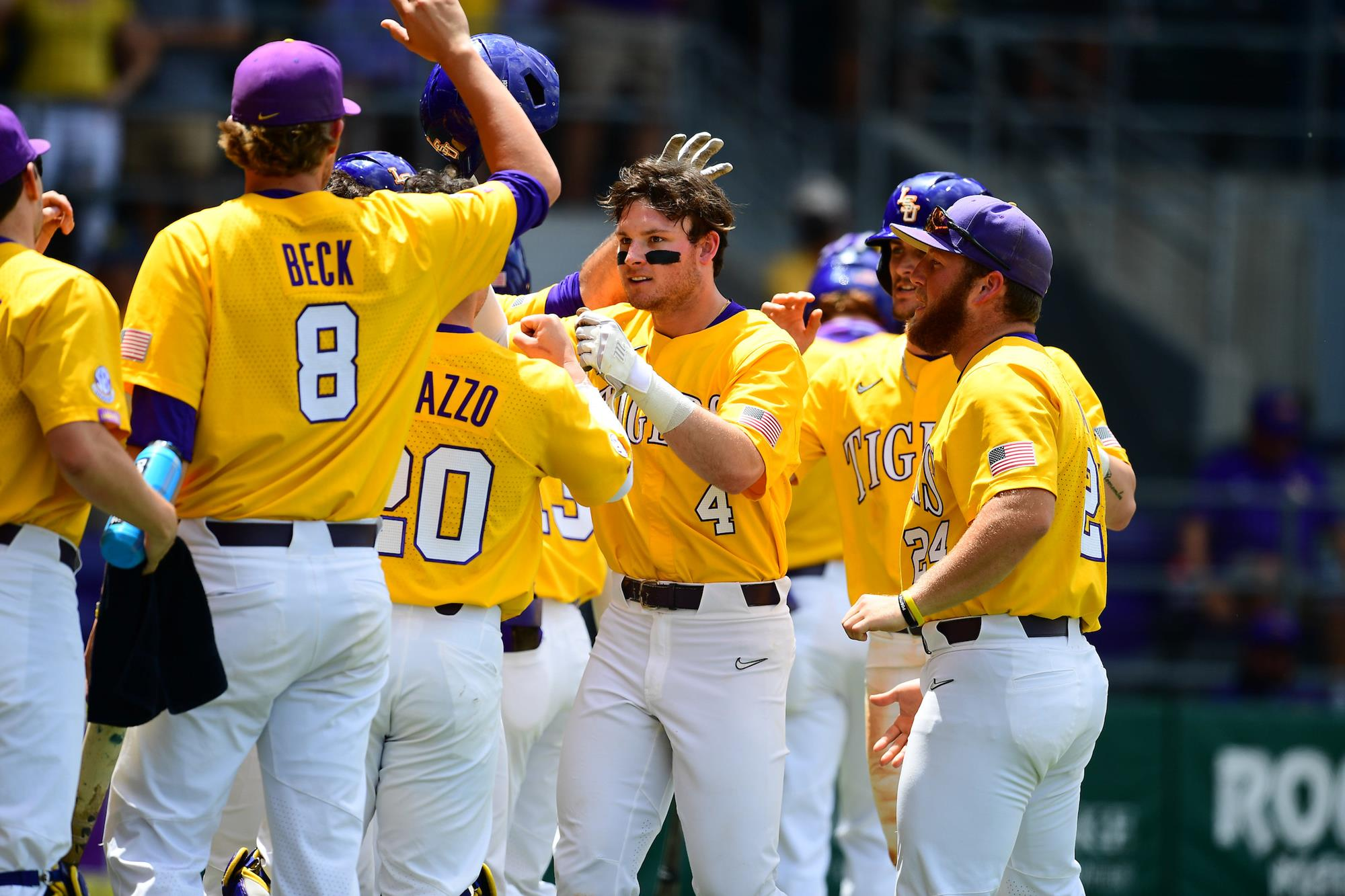 The Tigers return to action at 6:30 p.m. Tuesday when the play host to Northwestern State in Alex Box Stadium, Skip Bertman Field. The game will be streamed on SEC Network +, and it can be heard on affiliates of the LSU Sports Radio Network.

Hilliard (5-0) limited Alabama to three runs on four hits through the first five innings with one walk and seven strikeouts, firing 68 pitches. He struck out five of the first six Crimson Tide batters he faced.

“I thought it was one of our best all-around efforts of the year, starting with Ma’Khail on the mound,” said LSU coach Paul Mainieri. “As a senior in his last home appearance, he went out there and gave us five really solid innings and set the tone for the game.

“Our offense set the tone of the game right out of the gate, and we never really stopped hitting the whole day.”

Alabama starter Connor Prielipp (1-1) was charged with the loss as he pitched one inning and gave up two runs on three hits with no walks and three strikeouts.

LSU grabbed a 2-0 lead in the first inning when Crews doubled and scored on Doughty’s two-run blast, his 11th homer of the season.

The Tigers extended the lead to 5-0 in the second when Bianco launched a solo homer and Crews and leftfielder Gavin Dugas each provided RBI doubles.

After Alabama narrowed the gap to 5-2 in the top of the third, LSU responded in the bottom of the frame with a three-run homer by DiGiacomo, his first dinger of the season.

Morgan’s RBI groundout gave LSU a 9-3 advantage in the fifth, and the Tigers’ lead ballooned to 12-4 in the seventh when Crews delivered an RBI single and pinch hitter Mitchell Sanford slapped a two-run single.

DiGiacomo’s solo homer in the eighth accounted for the final margin.

“Our whole team just played great today,” Mainieri said. “I’m so proud of them; all year, when we’ve had a tough loss, these kids have come back the next day and played extremely well. They earned a great victory today and because of that, we’re still in the hunt for the postseason.”