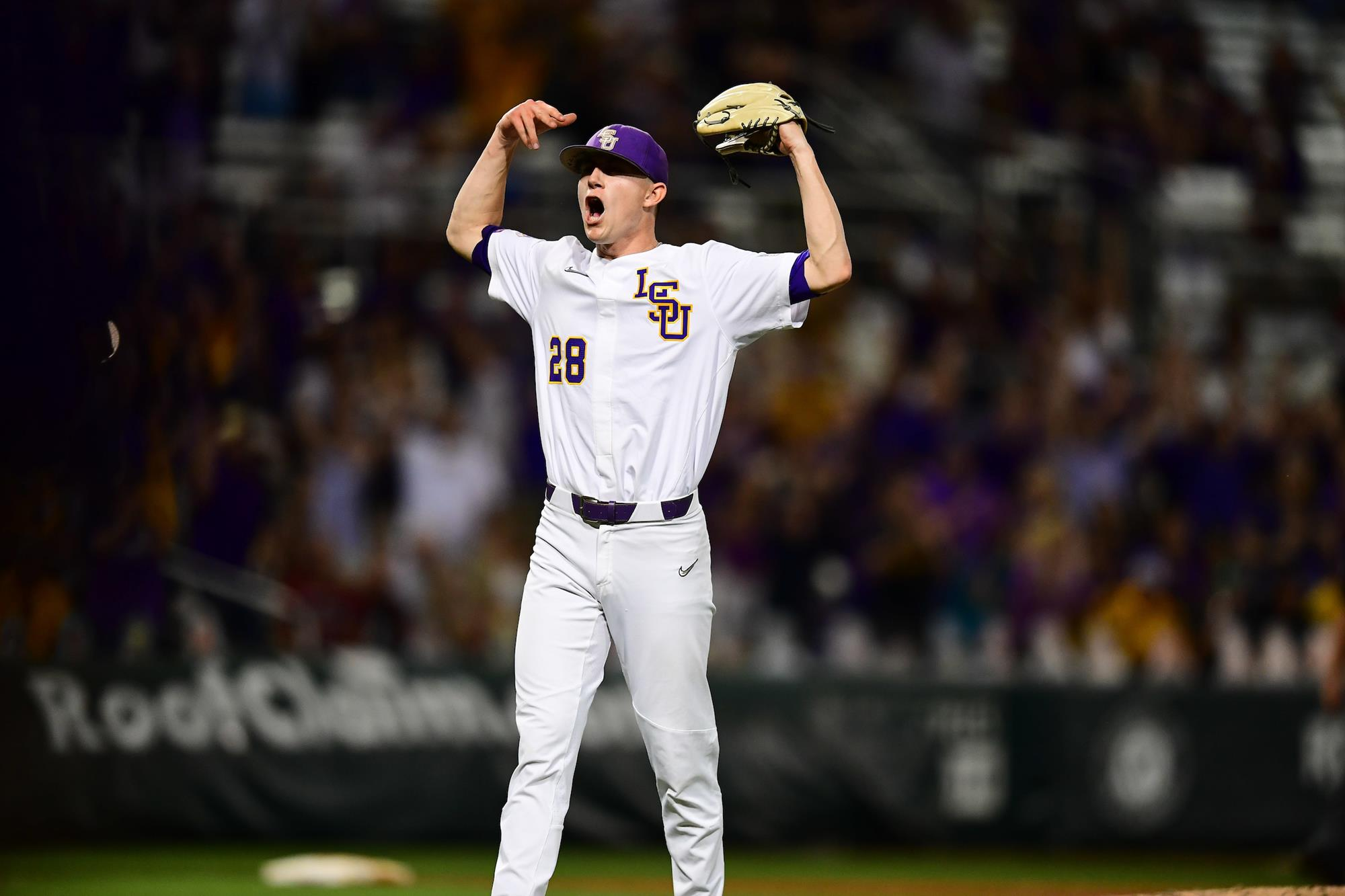 The series resumes at 2 p.m. CT Saturday in Alex Box Stadium, Skip Bertman Field. The game will be televised on the SEC Network, and it can be heard on affiliates of the LSU Sports Radio Network.

“Landon Marceaux just kept working out of jams all night,” said LSU coach Paul Mainieri. “He’s done this all year; he’s pitched in the clutch and made some extraordinarily big pitches when it mattered the most. You have to give Alabama credit – they put the bat on the ball a lot.

“They just kept putting balls in play, but Landon just kept making big pitches and we made some big defensive plays. And, Fontenot was amazing tonight in relief of Marceaux. He really rose up and made huge pitches for us when he had to.”

LSU jumped out to a 1-0 lead in the first inning when first baseman Tre’ Morgan doubled, moved to third on centerfielder Dylan Crews’ infield single and scored on a sacrifice fly by leftfielder Gavin Dugas.

The score remained 1-0 until the seventh when designated hitter Cade Beloso walked and scored when second baseman Drew Bianco doubled down the left-field line, and Alabama leftfielder T.J. Reeves had difficulty picking up the ball in the corner.

Trailing 2-0, Alabama scored a run in the eighth on shortstop Jim Jarvis’ RBI triple, but Fontenot prevented further damage to preserve the lead.