LSU Falls In Heartbreaker Against Alabama, 6-5 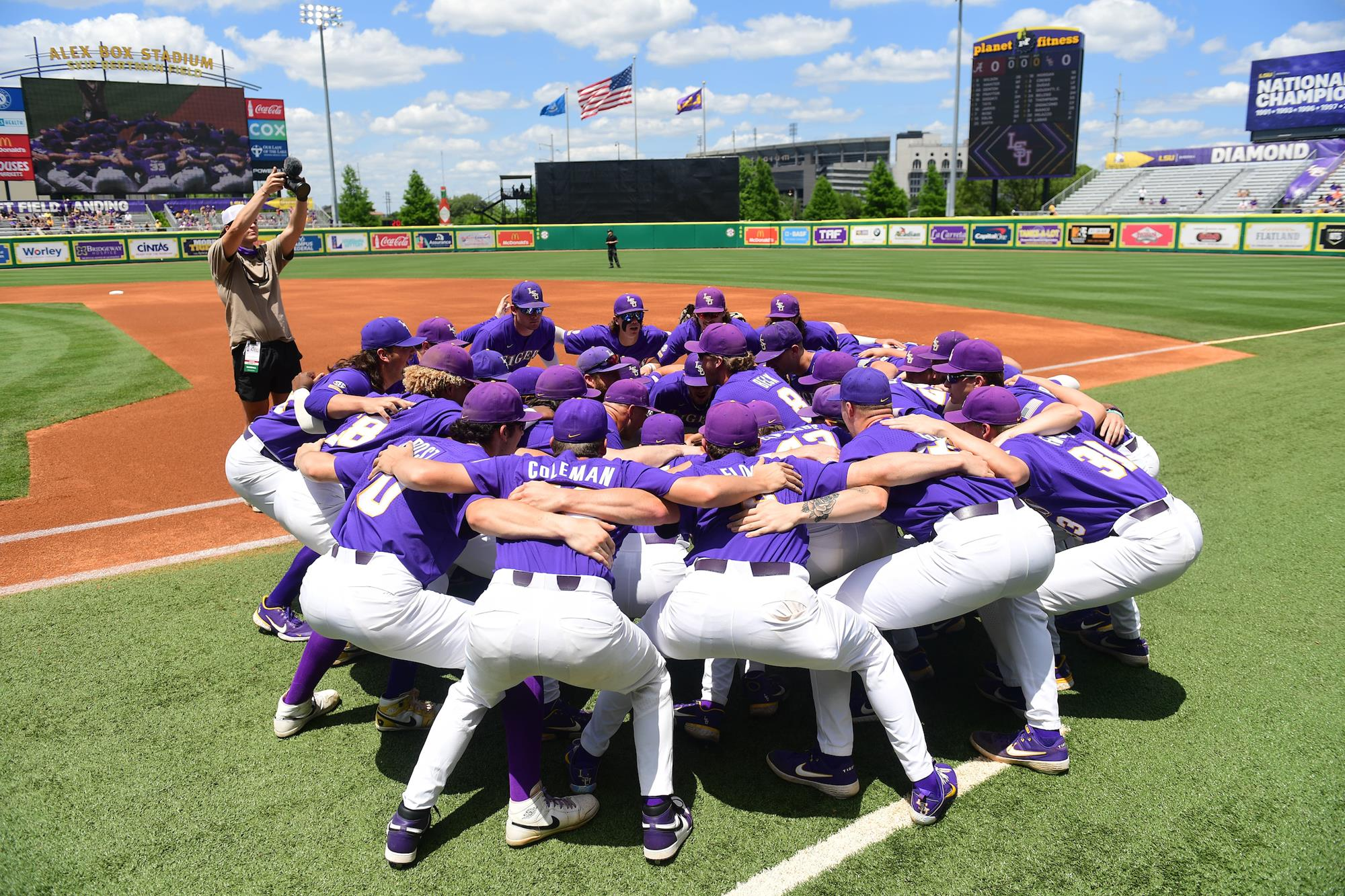 The series finale will be played at 2 p.m. CT Sunday in Alex Box Stadium, Skip Bertman Field. The game will be streamed on SEC Network +, and it can be heard on affiliates of the LSU Sports Radio Network.

With LSU trailing 6-3 in the bottom of the ninth inning, leftfielder Gavin Dugas launched a two-out, two-run homer to narrow the gap to 6-5. However, Alabama closer Chase Lee entered the game and picked up his seventh save by retiring LSU third baseman Cade Doughty on a deep fly ball to left field.

“We came out so well and hit two home runs in the first inning and had a 3-1 lead in the second inning with a chance to add to it,” said LSU coach Paul Mainieri. “But their starting pitcher (Dylan Smith) settled in against us and got into a groove. We had a couple of opportunities and some hard-hit balls, but when we did hit them hard, they were right at people.

“Our offense just went kind of stale as the game progressed, and their offense was able to take advantage of its scoring opportunities.”

Dugas unloaded a solo homer in the first inning and the two-run blast in the ninth to finish with three RBI. Rightfielder Dylan Crews drove in two runs with a home and an RBI single.

LSU starter AJ Labas (3-2) was charged with the loss, as he surrendered five runs on eight hits in four innings with no walks and one strikeout.

The Tigers received a stellar relief performance from freshman left-hander Javen Coleman, who worked four innings and limited the Crimson Tide to one run on four hits with no walks and five strikeouts.

“Javen Coleman came in a did a super job for us,” Mainieri said. “He gave up a solo homer to the first batter he faced (Denton), but after that he was nearly perfect. He kept us in the game, and we had a chance to win it in the ninth inning. We just came up a little bit short.”