BATON ROUGE, La. – LSU sophomore Ingrid Lindblad continues to be a member of the 2020-21 ANNIKA Award Watch List as the teams head into the NCAA Championships next week in Arizona. Lindblad is one of ten players on the list. 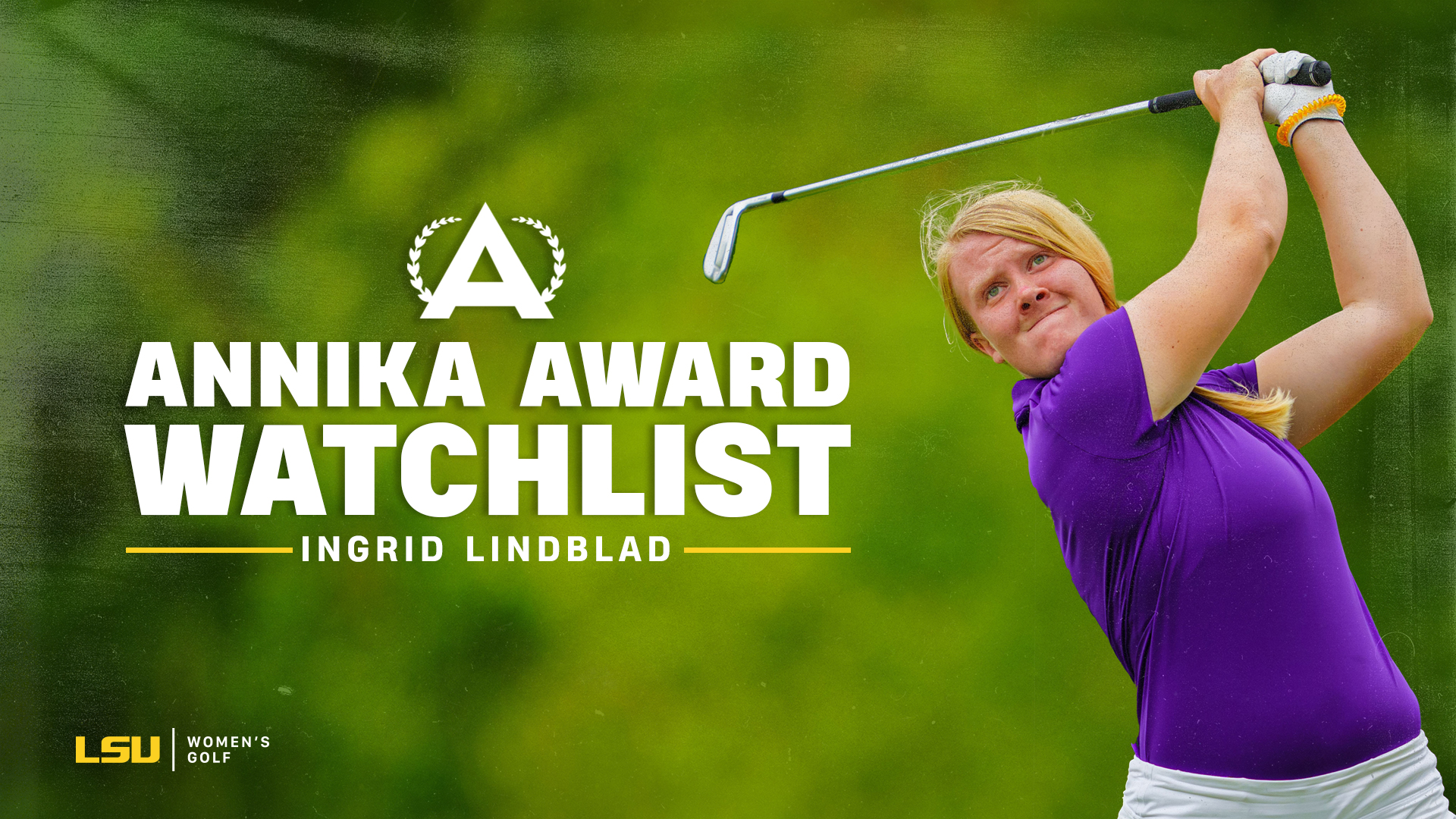 BATON ROUGE, La. – LSU sophomore Ingrid Lindblad continues to be a member of the 2020-21 ANNIKA Award Watch List as the teams head into the NCAA Championships next week in Arizona. Lindblad is one of ten players on the list.

Lindblad closed out the regular season with wins at the Liz Murphey Collegiate Classic and the LSU Tiger Golf Classic. She went on to finish second in SEC Championship Stroke Play with a school record 202 (-14) over 54-holes. Lindblad finished in the Top-10 in all nine stroke play events this season, including six finishes in the Top-5.

Lindblad is shooting a 70.26 average and is ranked No. 2 by Golfweek and No. 3 by Golfstat among NCAA players. She has shot par or under in 19 of her 27 rounds played so far this season.

Lindblad, a native of Halmstad, Sweden, was a 2019-20 Top-3 finalist for the ANNIKA Award following a record-setting rookie season in the purple and gold. She became the second Tiger to be named a finalist in the seven previous seasons of the award program, joining fellow Swede Madelene Sagstrom, who was LSU’s first finalist in 2015.

Lindblad received her second invitation to the Augusta National Women’s Amateur and finished in a tie for third at the 2021 event. She will also make her second appearance on the International Team for the 2021 Arnold Palmer Cup, scheduled for June 11-13 hosted by Rich Harvest Farms in Sugar Grove, Illinois.

LSU is currently ranked No. 3 by Golfstat and No. 4 by Golfweek and WGCA. The Tigers resume competition May 21-26 at the NCAA Championships in Scottsdale, Arizona.