Mulkey to be Enshrined in Naismith Hall of Fame Saturday

BATON ROUGE – LSU women’s basketball coach Kim Mulkey will be enshrined into the Naismith Memorial Basketball Hall of Fame on Saturday at the Mohegan Sun in Uncasville, Connecticut. 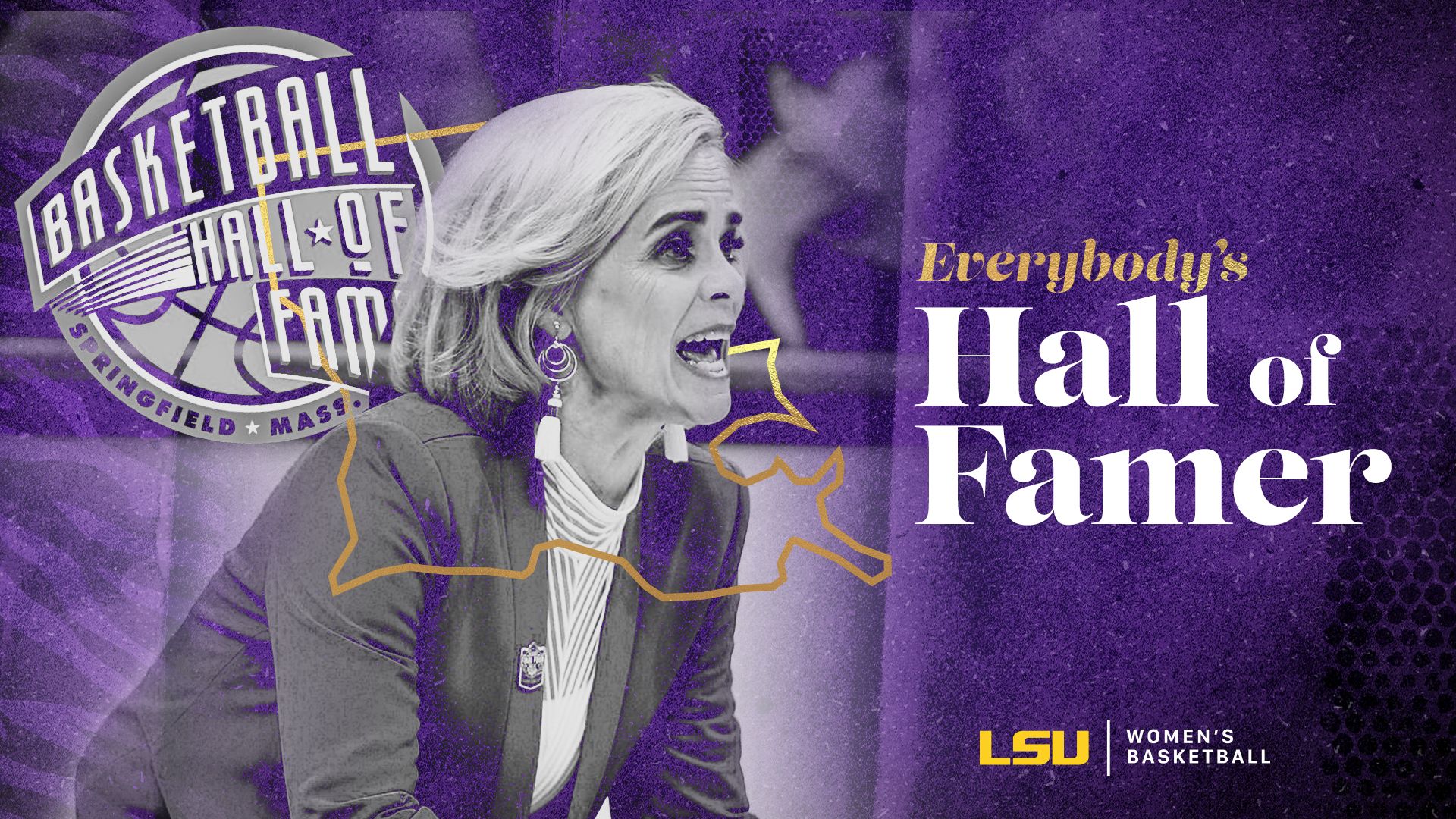 BATON ROUGE – LSU women’s basketball coach Kim Mulkey will be enshrined into the Naismith Memorial Basketball Hall of Fame on Saturday at the Mohegan Sun in Uncasville, Connecticut.

Mulkey, who is part of the Class of 2020, will be presented by Hall of Famer Michael Jordan. Last year’s Hall of Fame Enshrinement was postponed until this year due to COVID-19.

Mulkey was named LSU’s women’s basketball coach on April 25, coming to Baton Rouge after being part of six national championships during her illustrious career in women’s basketball. As head coach at Baylor, she led the Lady Bears to three national championships; she won two as the starting point guard at Louisiana Tech and added another one as an assistant coach for the Lady Techsters.

Mulkey, the most successful player-turned-coach in college basketball history, also won as Olympic Gold Medal in 1984.

A native of Tickfaw, Louisiana, Mulkey became the fastest coach in Division I history to reach 600 wins (needing only 700 games) in 2020. She has an overall head coaching mark of 632-104. Her 600 wins in 700 games bettered the previous mark held by Adolph Rupp of Kentucky, who needed 704 games.

In 21 years as the head coach at Baylor, Mulkey was named National Coach of the Year eight times by various entities, leading the Lady Bears to four Final Fours, winning three national titles. Her teams reached the Elite Eight six times and the Sweet 16 on five other occasions. In all, she led Baylor to an NCAA Tournament appearance 19 times in 20 years. She led Baylor to the Women’s NIT championship game in her third year in Waco.

Mulkey built Baylor into a national power as they became just the third program in NCAA history to have at least three national titles to its credit when the Lady Bears beat Notre Dame, 82-81, on April 7, 2019. Mulkey’s other national championships at Baylor came in 2005 and 2012. Baylor’s NCAA title in 2005 was the first for a women’s sport in school history, and in 2012, she directed her team to the first 40-0 mark in NCAA history, capped off by a victory over Notre Dame in the championship game.

In 1990, Mulkey became, and still remains, the youngest person ever inducted in the Louisiana Sports Hall of Fame. In 1999, she was named by the Louisiana Sports Writers Association as one of the state’s Top 25 athletes of the century. She was the only female on that list.