TUSCALOOSA, Ala. – No. 14 LSU (32-18) opened the 2021 Southeastern Conference Tournament with a 7-3 win over South Carolina Wednesday at Rhoads Stadium. 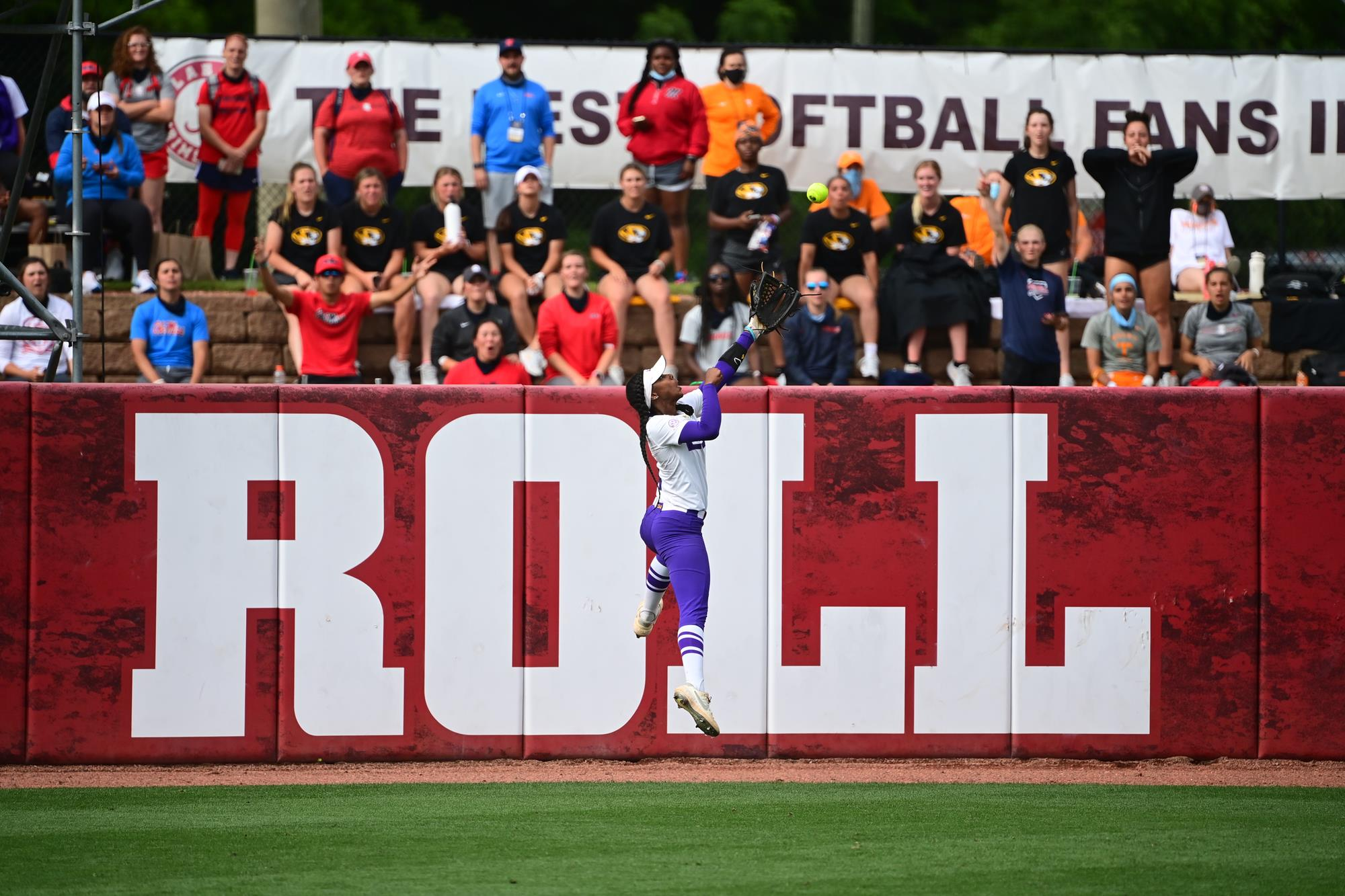 TUSCALOOSA, Ala. – No. 14 LSU (32-18) opened the 2021 Southeastern Conference Tournament with a 7-3 win over South Carolina Wednesday at Rhoads Stadium.

The Tigers will play third-seeded Missouri on Thursday in the quarterfinal. The game will start 35 minutes after the conclusion of game one of the day at approximately 1:35 p.m. and will be televised on the SEC Network.

“I really liked our approach today,” head coach Beth Torina said. “Seventeen people played today and we had 11 hits. That is a very good approach for us. Shelbi Sunseri’s had guts today to go out today and do what she did hitting and pitching. She really set us up for a strong week.
It was good to get the first game. That was our goal to get one win and then take one game a time. We couldn’t win the tournament today and we can’t win it tomorrow.”

LSU totaled 11 hits on the day with four coming in the leadoff spot. The Tigers were 6-for-12 with runners in scoring position and 4-for-10 with two outs. Seven LSU hitters recorded a hit in the game today.

Shelbi Sunseri improved to 9-6 on the year with the victory. Sunseri allowed three runs on six hit. At the plate, she was 2-for-3 with an RBI. Ali Kilponen earned the save in relief. She entered in the sixth and struck out two and didn’t allow a hit.

Leah Powell dropped to 10-7 on the season. She allowed three runs, just one earned, and six hits in 3.2 innings.

LSU struck first in the opening inning on a sac fly by Amanda Doyle. The squad added two more runs in the fourth, fifth and sixth to secure their spot in the quarterfinal.

The Tigers took advantage of South Carolina’s miscues in the fourth. Savannah Stewart scored from first after a passed ball and obstruction by the second baseman, which was overturned by replay. With the bases loaded and two outs, Danieca Coffey scored on a wild pitch.

In the fifth, with Taryn Antoine on second after stealing second as a pinch runner, Stewart hit a double to left-center to score a run. Sunseri then hit a ball to left center to plate another run.

After South Carolina hit a three-run home run in the sixth to make it a two-run game, LSU responded with two more runs.  Georgia Clark singled through the right side to score Briggs and Raeleen Gutierrez singled to right field to score pinch runner Karington Houshmandzadeh.