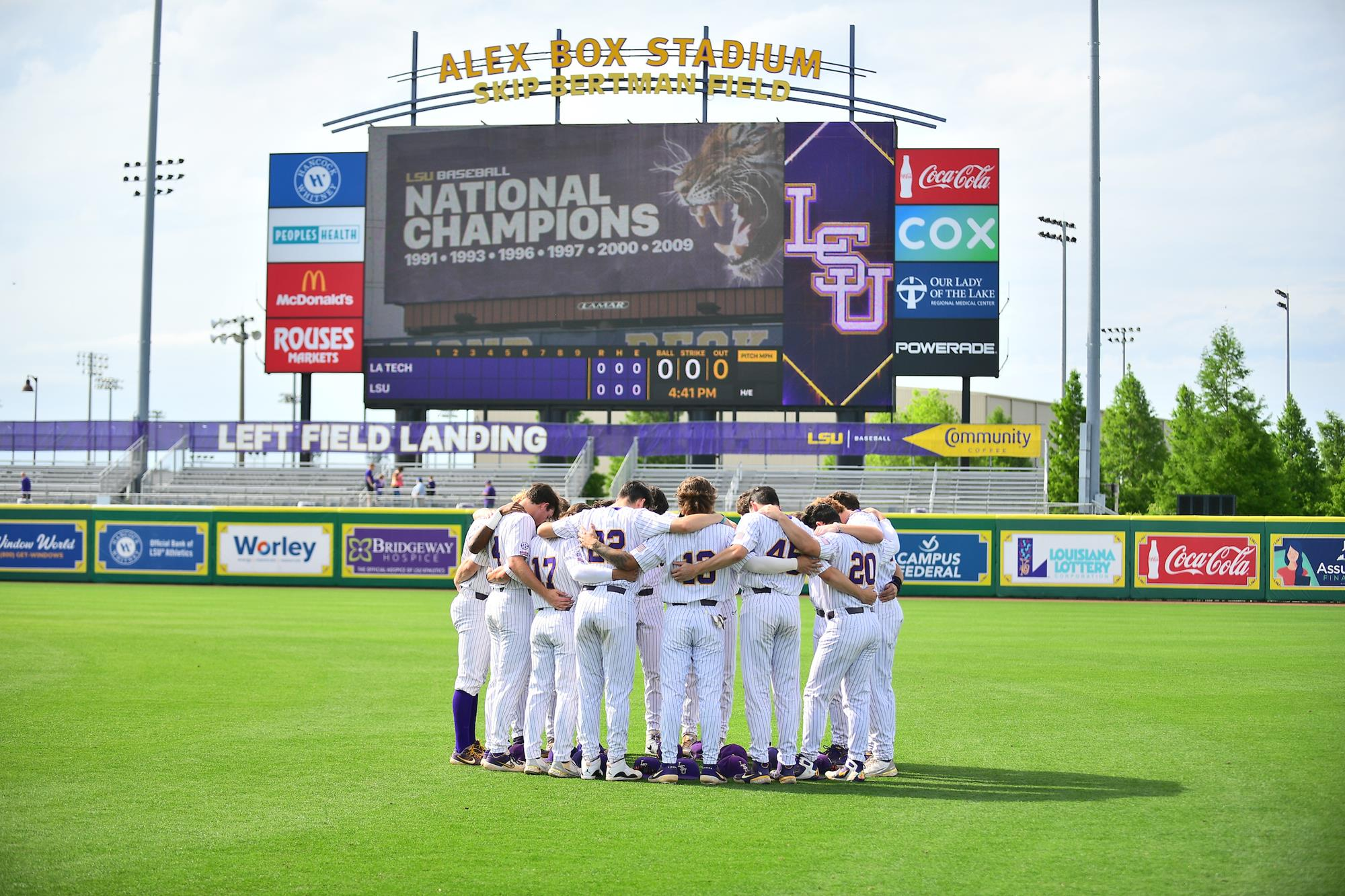 The game was shortened to seven innings due to severe thunderstorms in the Baton Rouge area.

LSU returns to action at 7 p.m. CT Friday when the Tigers play host to Alabama in Game 1 of a three-game SEC series in Alex Box Stadium, Skip Bertman Field.

The matchup will be streamed on the SEC Network +, and it will be carried on LSU Sports Radio Network affiliates.

“Louisiana Tech has a talented, veteran team, and they’re one of the best teams in the country, so this was an important win for us,” said LSU coach Paul Mainieri. “Our guys did a tremendous job tonight; we got off to a slow start, and it was tough to shut down their offense.

“We finally got going at the plate in the third inning, and our pitchers gave us a couple of shutout innings late to help us earn the win.”

Arnold was 3-for-4 at the plate with two doubles, four RBI and one run scored to pace the Tigers’ offensive outburst.

Six pitchers made appearances for the Tigers, with right-hander Blake Money and Trent Vietmeier blanking the Bulldogs in the sixth and seventh innings.