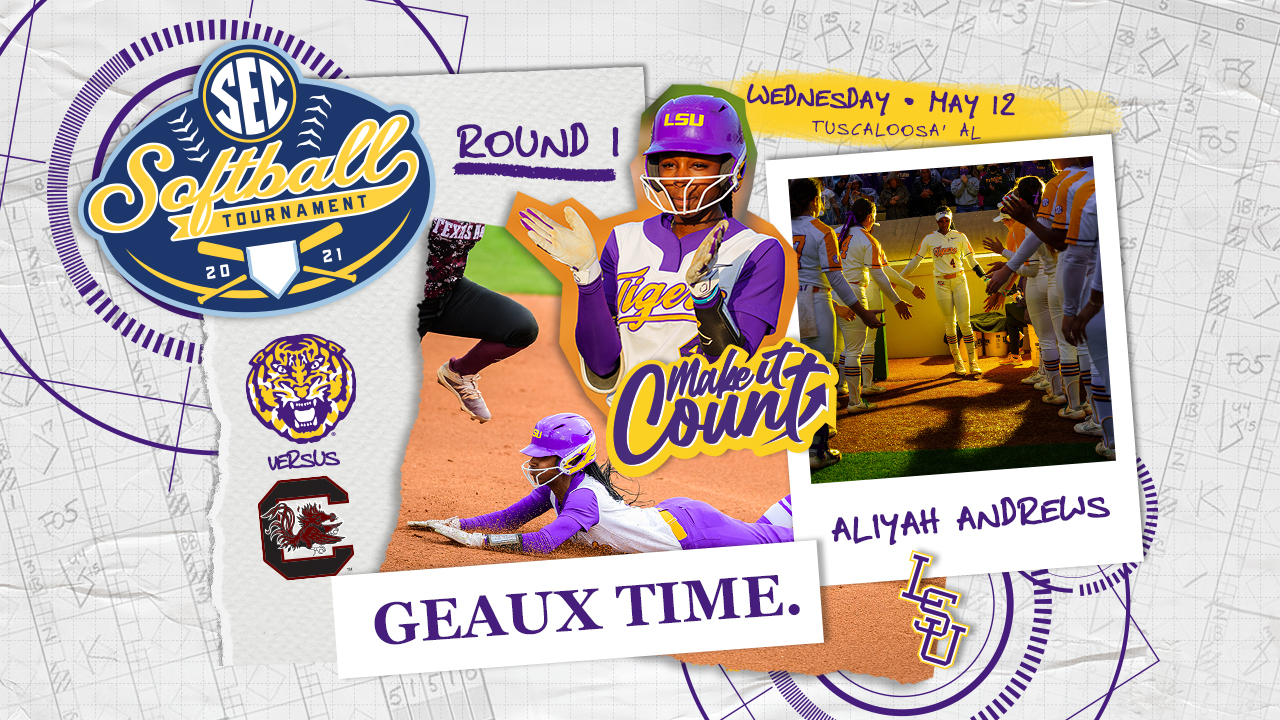 First pitch is scheduled for 35 minutes following the opening game, which starts the day at 11 a.m. CT. The game featuring LSU and Auburn will be televised on SEC Network. Patrick Wright will also have the call on the LSU Sports Radio Network.

South Carolina defeated Auburn, 3-1, in the opening game on Tuesday to advance to the second round. The tournament is single elimination and the winner will advance to play No. 3 seed Missouri in the second game on Thursday.

“I really like where we are as a team heading into postseason,” head coach Beth Torina said. “This group is really balanced pitching and hitting top to bottom. A majority of this team has never even played in a postseason game, but I know they will be up for the task.”

LSU is coming off a series win over Auburn to wrap up the regular season. Down 1-0 in the sixth inning of Sunday’s rubber game, freshman Taylor Pleasants hit a grand slam with no outs against the wind to deep center field. The win marked a crucial series for LSU as well as the program’s 1,200th win.

This week, Pleasants was named the SEC Newcomer of the Year and selected to the All-SEC first team and all-newcomer team. Pleasants led the Tigers in league play with a .368 batting average, 28 hits, 19 runs, 7 home runs and 19 RBI.

Ali Kilponen, Sunseri, Shelby Wickersham and Maribeth Gorsuch have each stared more than five of LSU’s 24 SEC games. Kilponen leads the way with a 1.97 ERA and an 8-3 record. She threw LSU’s first one-hitter in an SEC game since 2017 just two weeks ago against Arkansas. Sunseri is 4-4 in SEC games and owns a 2.80 ERA.

LSU will play to improve its stock heading into NCAA postseason. Tiger Park has already been announced as one of 20 potential regional host site for the tournament. LSU is one of the top teams in the nation with an RPI of five and strength of schedule ranked second in the country. The entire bracket, including the 16 regional sties, will be revealed at 8 p.m. CT Sunday on ESPN2.