BATON ROUGE – Taylor Pleasants was named the Southeastern Conference Newcomer of the Year and Aliyah Andrews, Ciara Briggs and Shelbi Sunseri were honored with awards, the league office announced Tuesday. 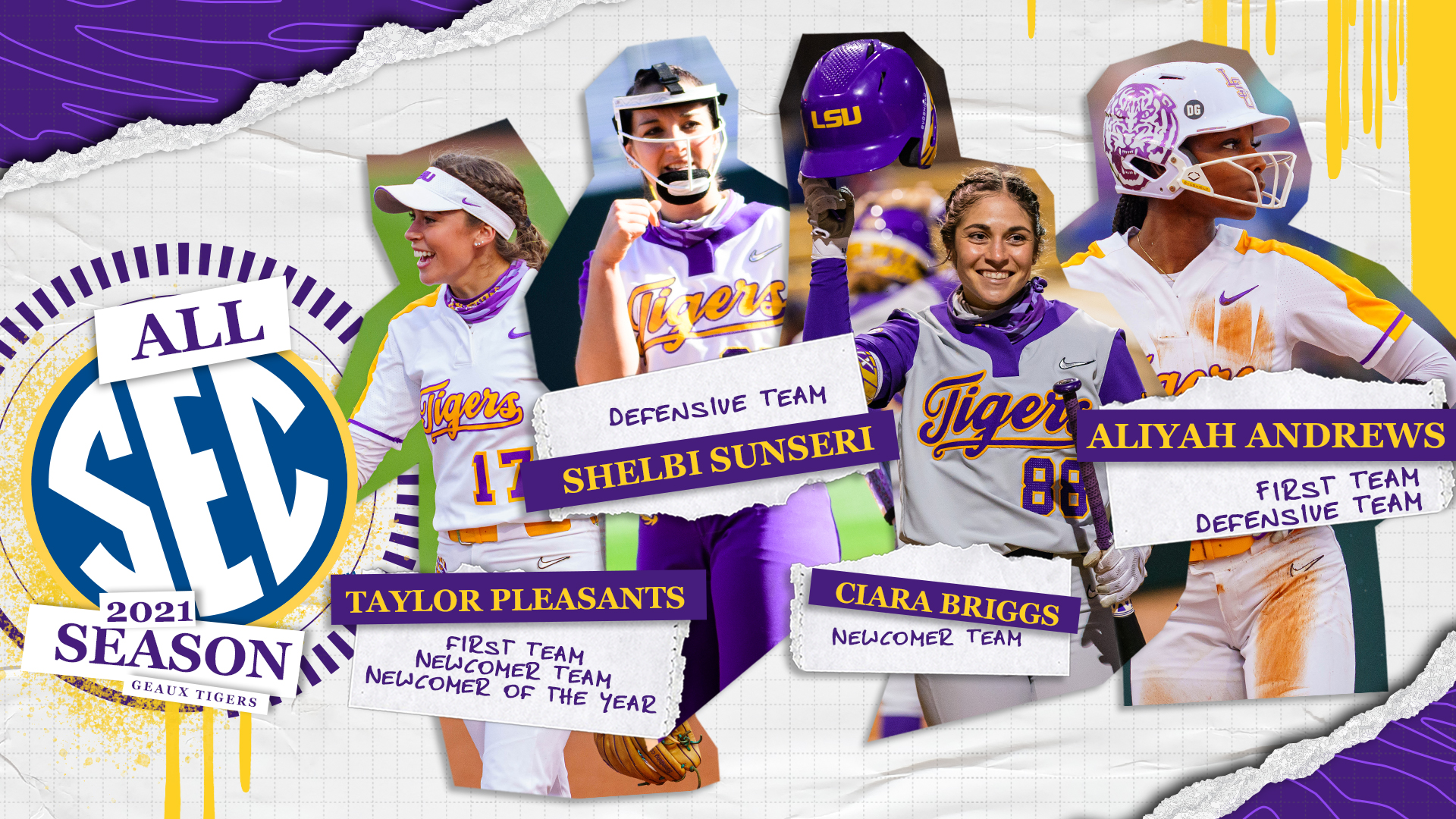 BATON ROUGE – Taylor Pleasants was named the Southeastern Conference Newcomer of the Year and Aliyah Andrews, Ciara Briggs and Shelbi Sunseri were honored with awards, the league office announced Tuesday.

Pleasants and Andrews were selected by the league coaches as All-SEC first team players in the infield and outfield respectively. Andrews leads the Tigers with a .368 average and Pleasants is behind her at .327.

Pleasants and Briggs were named to the All-SEC newcomer team, which is in place for 2021 only for student-athletes who were freshmen in 2020 and are now sophomores in 2021. Briggs has come into her own with a .326 average. She has a .382 on base percentage, which ranks fourth on the team.

Sunseri and Andrews were recognized on the SEC all-defensive team for their work in the field. Sunseri is one of the squad’s top pitchers with a 2.90 ERA. Andrews is the nation’s top outfielder with multiple jaw-dropping catches featured on SportsCenter’s Top 10.

The squad travels to Tuscaloosa for the 2021 SEC Tournament May 11-15. LSU’s tournament opens Wednesday against the winner of Auburn and South Carolina. The game will be televised on the SEC Network.