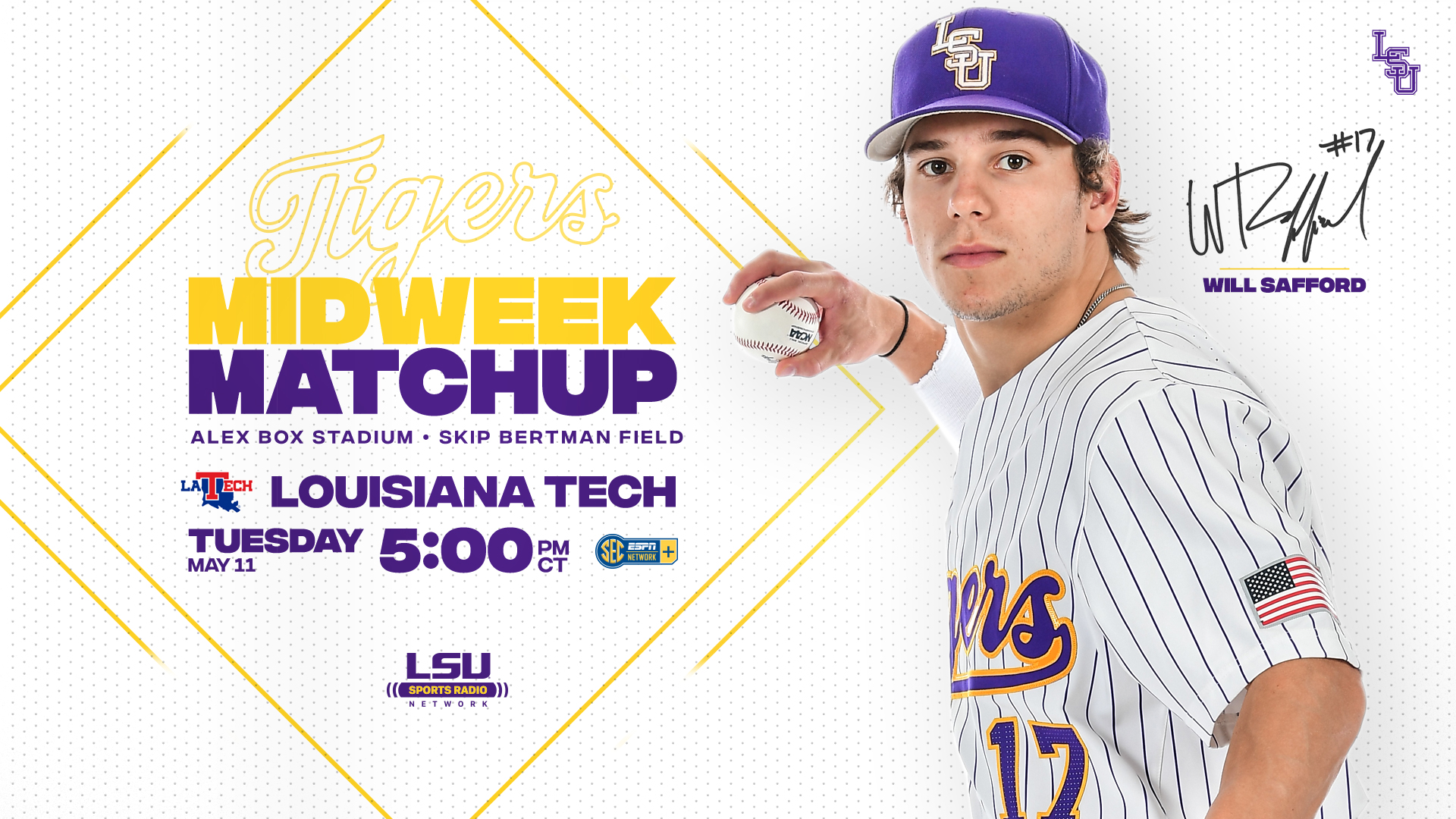 •    Tuesday’s game will mark just the sixth meeting between the schools since 1998; however, the most recent six meetings will have all come over the past six seasons (2016-21).

QUOTING PAUL MAINIERI
“This is a very big game for us – both teams have a solid RPI (LSU No. 22, La. Tech No. 24) and Louisiana Tech is ranked in the polls as high as No. 14. We need to pile up wins, and every game is critical for us. If we can win this game, it will certainly boost our NCAA Tournament resume. We then play three games this weekend against Alabama, which also has a strong RPI (No. 29). This is a very critical week for us; I’ve told our players it’s the most important week of the season. If we want to play in the NCAA Tournament, we have to get the job done this week.”

ABOUT THE TIGERS
LSU is No. 22 in the most recent official NCAA RPI rankings, and the Tigers are ranked No. 3 nationally in strength of schedule … LSU’s opponents this week, Louisiana Tech and Alabama, are No. 24 and No. 29, respectively, in the NCAA RPI rankings … LSU is No. 8 in the nation in home runs this season with 67.

Tre’ Morgan
Freshman first baseman Tre’ Morgan helped lead the Tigers to three wins in four games last week, including an SEC series victory at Auburn … Morgan, the Tigers’ lead-off hitter,  batted .529 (9-for-17) in four games with one double, one triple, one homer, three RBI, six runs scored, two stolen bases and a .556 on-base percentage … in LSU’s series win at Auburn, Morgan hit .538 (7-for-13) with one triple, one homer, three RBI, four runs, one stolen base and a .571 on-base percentage … his two-out, two-run triple in the top of the eighth inning on Thursday night at Auburn extended LSU’s from 5-3 to 7-3 in an eventual 8-3 win … Morgan is LSU’s leading hitter this season, batting .363 with 13 doubles, four triples, five homers, 33 RBI, 49 runs and 12 stolen bases.

Ma’Khail Hilliard
Senior right-hander Ma’Khail Hilliard turned in an exceptional outing at Auburn on Saturday, limiting its hitters to one run on four hits in 7.1 innings with no walks and six strikeouts … Hilliard retired 17 of the first 18 batters he faced, and he allowed just one baserunner through the first 5.2 innings of the game; Auburn’s only baserunner in that span reached on a solo homer in the third inning … in his two SEC starts over the past two weekends versus Arkansas and Auburn, Hilliard has a 1.46 ERA in 12.1 innings with two runs on six hits, three walks and nine strikeouts.

Landon Marceaux
Junior right-hander Landon Marceaux recorded his second-highest number of strikeouts this season (11) on Thursday to post a win at Auburn … Marceaux limited Auburn to three runs on seven hits in 6.1 innings with two walks and 11 Ks … he fired 104 pitches in the outing, 66 for strikes … Marceaux is 5-4 this season with a 2.33 ERA in and 91 strikeouts in 73.1 innings … opponents are batting just .204 against Marceaux.

Hitting Leaders
Leftfielder Gavin Dugas and shortstop Jordan Thompson each contributed three RBI in the Auburn series … Dugas was 3-for-9 at the plate with two runs scored, and he posted a .500 on-base percentage … Dugas walked once, and he was hit by a pitch on three occasions … Thompson was 3-for-10 at the plate with a home run and two runs scored … Thompson’s crucial two-run blast in the top of the ninth inning on Friday extended LSU’s lead from 7-6 to 9-6 and accounted for the final margin of victory.

ABOUT THE BULLDOGS
•    Louisiana Tech is batting .305 as a team with 95 doubles, 10 triples, 53 homers and 20 steals in 28 attempts … six Louisiana Tech players are hitting .331 or better on the year … the Bulldogs are 19-7 in Conference USA, just one-half game behind Southern Miss in the league’s Western Division standings.
•    Infielder Hunter Wells is hitting .351 with a team-high eight homers, 13 doubles, two triples and 37 RBI … outfielder Parker Bates leads the Bulldogs in RBI with 43, and he has nine doubles, three triples and six homers … outfielder Steele Netterville shares the team lead with Wells in homers (8), and he has nine doubles, one triple and 36 RBI.