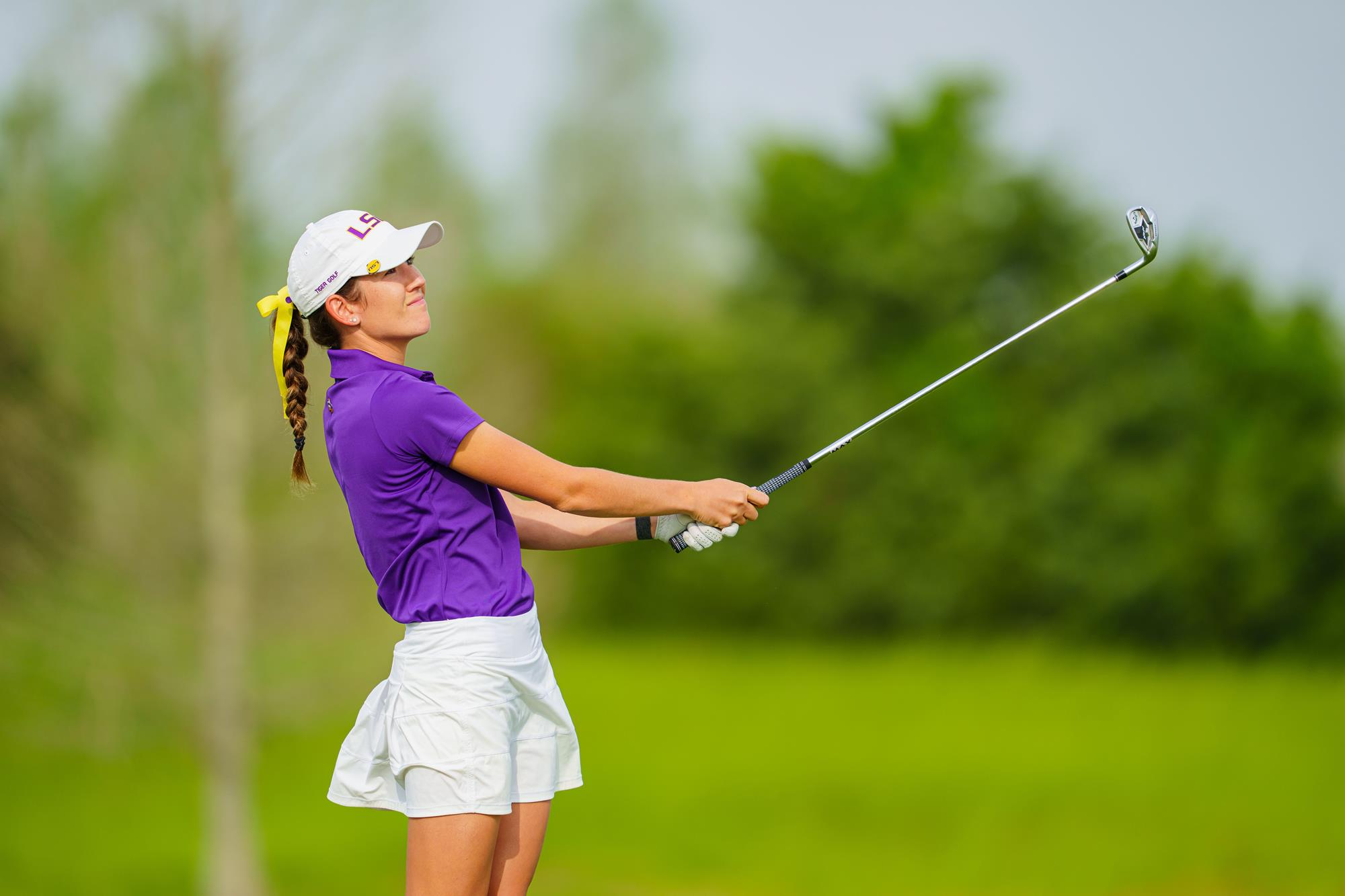 The No. 4-ranked LSU women’s golf team achieved one of their goals set at the beginning of the season to host a regional in Baton Rouge, but there’s still unfinished business.

The objective is always to peak at the right time; that’s true for any team sport. Head coach Garrett Runion always wants his teams playing better in May than they were in August, and the Tigers have done just that heading into tournament play, currently on pace to score its lowest team average in school history.

The Tigers received an at-large bid to the 2021 NCAA Tournament last Wednesday and will host the Baton Rouge Regional on May 10-12 at The University Club as the No. 1 regional seed. Senior, and recent graduate Kendall Griffin knows postseason play isn’t like any other tournament, but she also recognizes it’s how you handle the moment — especially mentally — that can decide the outcome.

The Tigers will be hosting the Baton Rouge Regional as the No. 1 Seed!

“I’m really excited that I’ll have another chance at playing at regionals,” said Griffin. “I definitely can draw from two years ago in Michigan. Postseason comes with a lot more pressure, a lot more nerves, so that will be something that I have to make sure I keep under wraps.”

Confidence is key in a sport like golf. Positive thoughts usually translate into low numbers. If the Tigers be themselves and stay confident, Griffin says, the nerves will subside and the rest will take care of itself.

“We’ve played really well this season, so I think we all have a lot of confidence,” Griffin added. “We know that if we be ourselves, we’ll be fine. Especially since it’s on our home course. We don’t have to go out there and do anything crazy, we just have to be ourselves, and that’s worked for us in the past.”

There might not be a more consequential sport where home field advantage comes into play than golf. You’re familiar with the reads. You know how to play certain shots over the opponent. There’s a comfortability with playing at your home course. That’s something that excites the Tigers heading into the regional on Monday.

“That was one of our goals,” Runion said on hosting a regional. “Luckily, they played well enough all year to get that. I think home course advantage is an advantage in every sport, but maybe more so in golf.”

Fresh off their first appearance in SEC Championship Match Play since it began in 2018, the Tigers are out to prove a point in the NCAA Tournament. There’s no better place to start than at University Club.

“We’ve had a lot of second place finishes, so I think that’s kept the fire underneath us,” Griffin said. “We know that we’re really good. We want to prove ourselves and we’re excited to play on our home turf.”

Huge thanks to @LSUFBEquipment Louis Bourgeois, @LSUAucoin & @DeltaDog21 for cooking up 70lbs of crawfish for the @LSUWomensGolf team to enjoy during the NCAA Regional Selection Show. pic.twitter.com/ER6UdIC9Fh