No. 12 Women's Tennis Falls 4-3 to Michigan in Second Round 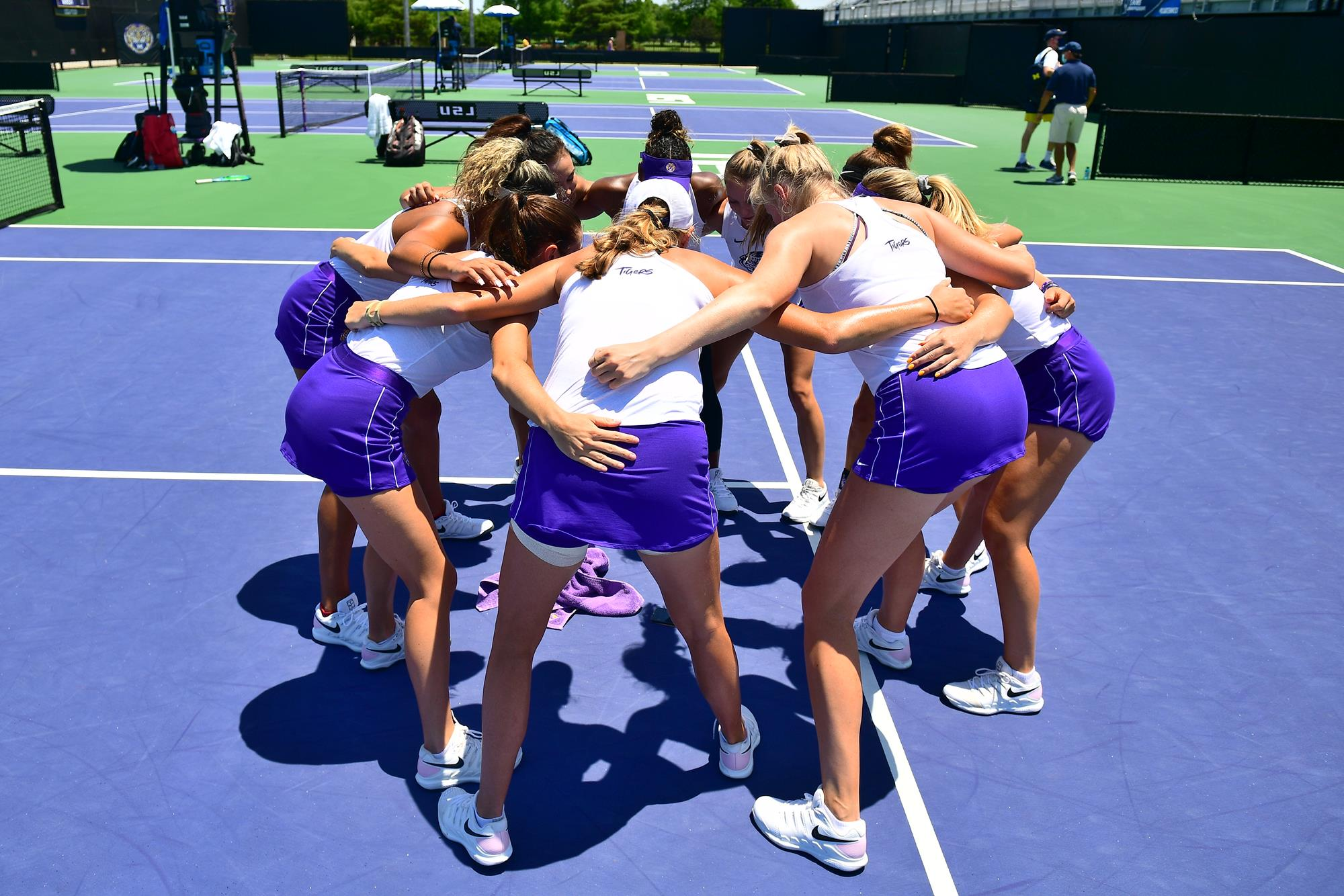 Baton Rouge, La. – The No. 12-seed LSU Women’s Tennis team’s season ended in the second round of the NCAA Tournament as the Tigers were defeated by the Michigan Wolverines in a tight 4-3 contest on Saturday afternoon at the LSU Tennis Complex.

With the defeat, LSU finishes a historic season for the program with a record of 15-6, while Michigan improves to 19-3 and advances to the NCAA Sweet 16.

“We battled it out to the end against one of the more historic women’s tennis programs today in Michigan,” co-head coach Michael Sell said. “We couldn’t be prouder of our girls. They did everything we asked of them all year and they put themselves in the position to win and that’s all we could ask of them.”

“The season they had was a historic one. We reached many highs, set a few records, and had tremendous success as a whole. This group of young women have elevated the programs in words we can’t describe, and we just can’t thank them enough for all that they’ve done for us.”

Sophomores Safiya Carrington and Maggie Cubitt got the Tigers off to a great start in doubles at the No. 3 doubles spot, where the duo made quick work of Bella Lorenzini and Andrea Cerdan to win by a score of 6-2.

The Wolverines equalized with a win at the No. 1, where Alyvia Jones and Jaedan Brown defeated senior Eden Richardson and sophomore Nina Geissler by a score of 6-3.

Down to the No. 2, seniors Taylor Bridges and Paris Corley clinched the doubles point for LSU in a 6-4 contest that saw them hold off a charge from Kari Miller and Chiara Lommer.

No. 60-ranked Corley struck first in singles action after coming out on top over Cerdan in straight sets at the No. 3 singles. The first set was a back-and-forth contest, with the two going to a tiebreaker to decide the victor. In the tiebreaker, Corley only dropped one point in a dominant 7-1 outing. Using momentum from her tiebreaker win, Corley dropped only one game on her way to a 6-1 second set win to give LSU a 2-0 lead on the afternoon.

Michigan pulled the score back to 2-1 after Lommer defeated Carrington at the No. 2. The two contested an even first set, requiring a tiebreaker to decide the winner. Lommer came out on top in the tiebreaker 7-3 and took the lead. In the second set, Lommer held off a late charge from Carrington and snuck out a 6-4 win.

The Tigers took the next point and made it 3-1 in the match after Cubitt defeated Brown in a three-set thriller. Cubitt made quick work of Brown in the first set, blanking her 6-0 before Brown responded with a strong 6-3 win of her own in the second to force a third set to decide the court. In the third set, Cubitt recovered from a slow start to come from behind a 5-3 deficit and take the set 7-5. With the win, Cubitt finishes the 2020-21 season 8-4, and a perfect 2-0 in the NCAA Tournament.

At the No. 1, the Wolverines brought it back to 3-2 on the afternoon with a win by No. 56 Miller over No. 53 Bridges. Bridges claimed the first set 6-3 before Miller equalized with a 6-3 win of her own in the second to force the third set. In the third set, Miller took an early lead and didn’t look back on her way to a 6-3 win.

Michigan tied it up at 3-3 following Jones’ win at the No. 5 over Richardson. Jones claimed a very close first set by a score of 6-4 to take an early lead. Richardson responded in the second set with a controlling 6-3 win and the court went to a third set. In the third set, Jones dropped only one game and won 6-1 to bring the match down to the final court.

On No. 6, Geissler and Lorenzini played a three-set match that went down to the wire. Lorenzini claimed a very even first set by a score of 7-5 before Geissler struck back with a win of her own in the second, dropping only one game to win 6-1. In the third set, both players traded set wins between one another before Lorenzini was able to pull ahead and win 7-5 to send the Wolverines to the Sweet 16.

Taylor Bridges and Paris Corley will participate in the 2021 NCAA Singles Tournament after earning at-large bids, set to begin on May 23 at the USTA Campus in Orlando, Florida.