Men’s Tennis Falls in First Round of NCAA’s 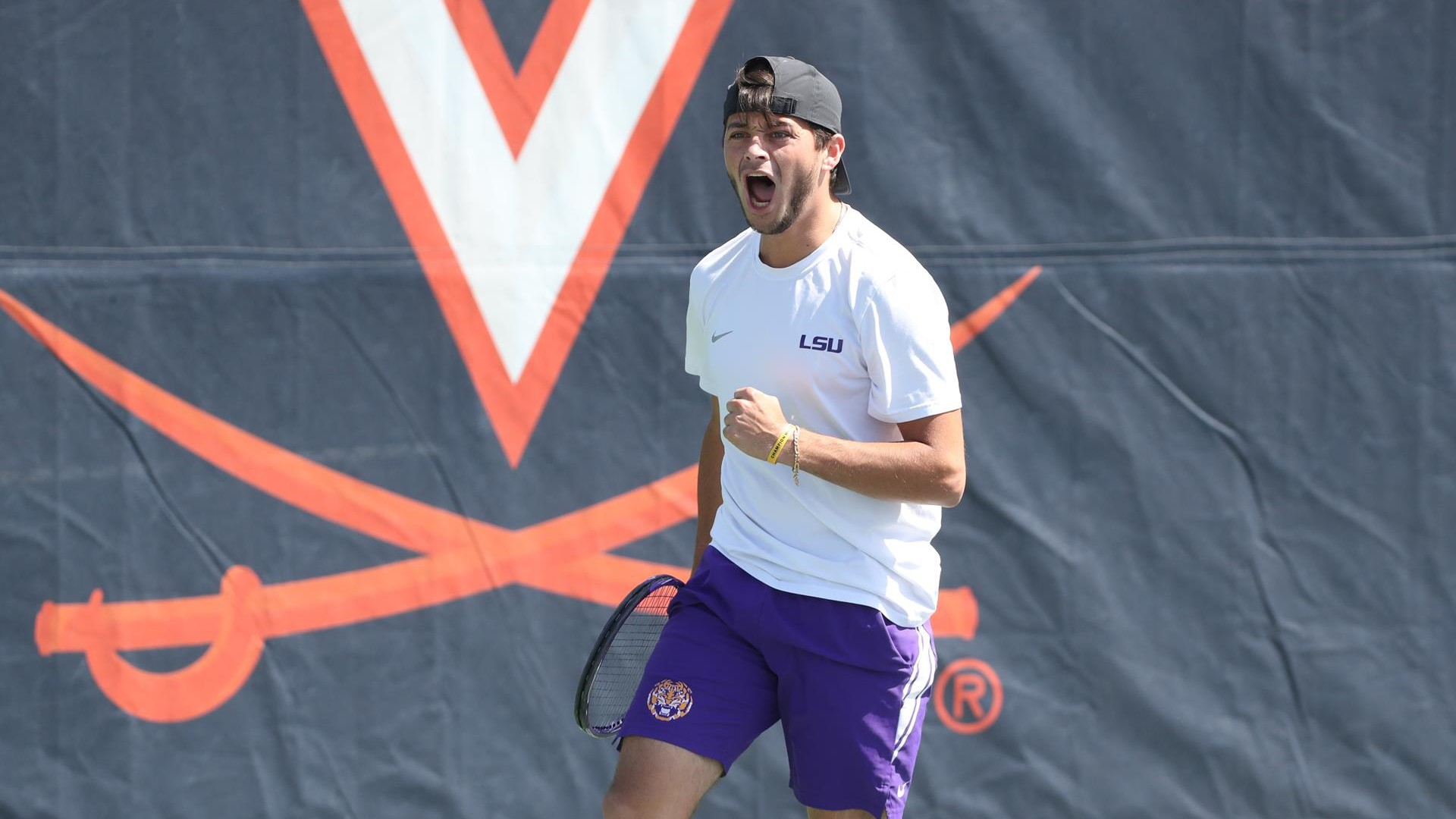 CHARLOTTESVILLE, VIRGINIA—The LSU men’s tennis team was defeated by the Stanford Cardinals, 4-0 in the first round of the NCAA Championship on Saturday morning at the Virginia Tennis Facility.

The Tigers season ends with a 12-13 record but reaching the NCAA Tournament is a step in the right direction for LSU. “It was a unique year in multiple ways,” co head-coach Chris Brandi said. “We’re proud of our guys for coming together through everything and playing their best at the end of the season.”

Stanford showed their championship experience on Saturday, getting out to a fast start with the doubles point. Joey Thomas and Joao Graca were the first to fall after Cardinals Tristan Boyer and Timothy Sah defeated the Tiger duo, 6-1. Stanford clinched the doubles point after Axel Geller and Tomas Kopczynski defeated Rafael Wagner and Ronald Hohmann, 6-2.

Stanford took that momentum into singles where the Cardinals took three matches in straight sets. No. 103 Rafael Wagner was the first to fall, 6-3, 6-0, in what may have been his final match in an LSU uniform. Cardinal Neel Rajesh gave Stanford a 3-0 lead after he defeated freshman Ben Koch, 6-2, 6-2. Almost simultaneously, Stanford clinched the match after Alex Rotsaert defeated Boris Kozlov, 6-2, 6-0.

“You have to give credit to Stanford. They were great today in doubles and on three singles courts,” said Brandi. Had the teams not played clinch, the score may have been closer than advertised. No. 31 Ronald Hohmann was leading No. 104 Axel Geller, 6-3, 2-1, and Joao Graca was about to start a first-set tiebreak against Tristan Boyer. “This was a fun group to coach,” said Brandi. “While we wish we were still playing, good things are ahead for the Tigers.”