No. 12 LSU Sweeps Boston University 4-0, Advances to Second Round 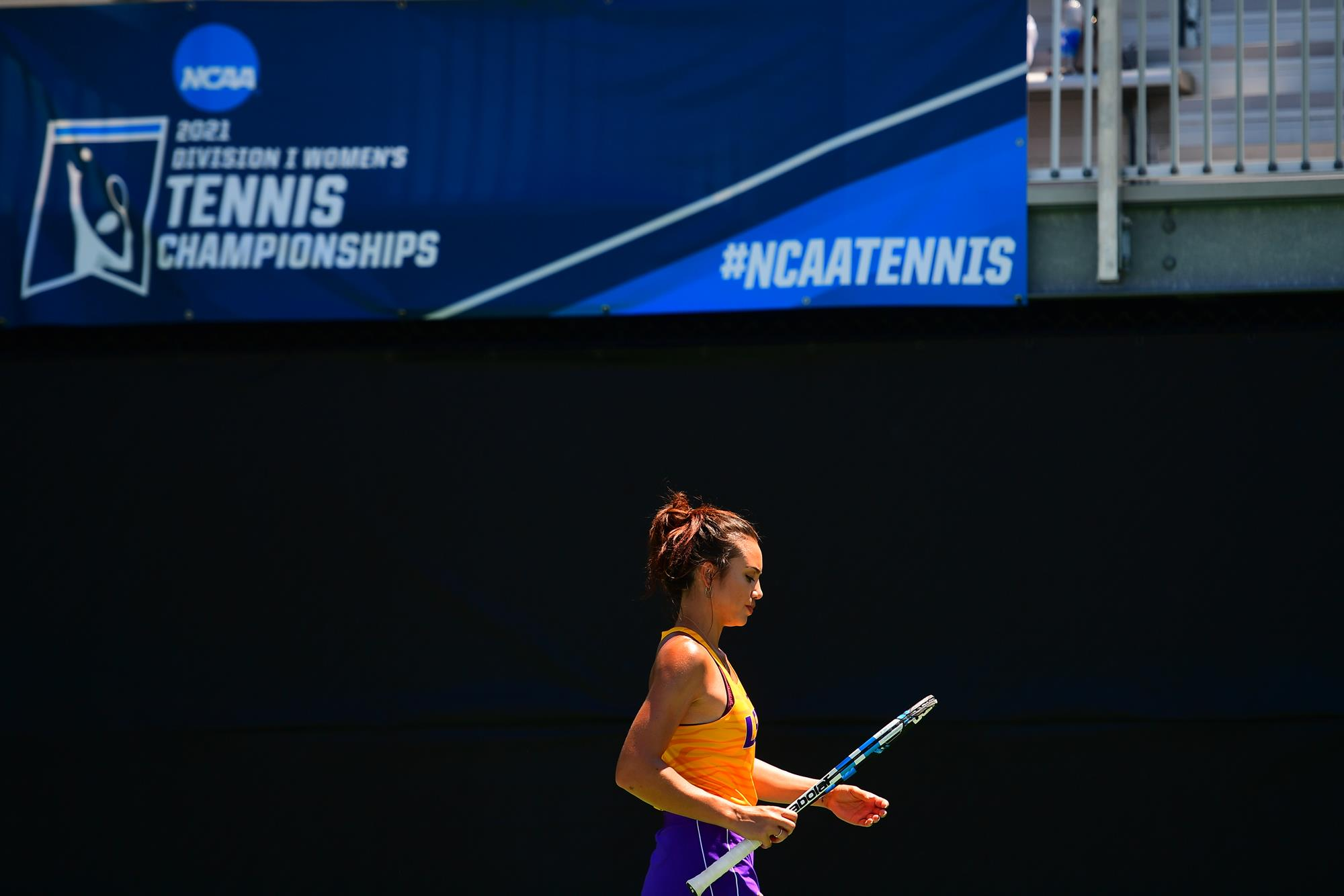 Baton Rouge, La. – The No. 12-seed LSU Women’s Tennis team advanced to the next round of the NCAA Tournament when they swept the Boston University Terriers by a score of 4-0 on Friday afternoon at the LSU Tennis Complex.

With the win, LSU moves to 15-5 on the season and will face the Michigan Wolverines in the second round of the NCAA Tournament tomorrow afternoon, May 8, at 1 p.m. CT.

“An awesome and hard-fought win for the Tigers today,” co-head coach Michael Sell said. “We have to give a ton of credit to the (Boston University) Terriers, they are a great team. We did a fantastic job of maintaining and expanding our leads in singles and those who started slow were able to bounce back into commanding positions. Our three singles points were quality wins and we loved the way Nina (Geissler) and Eden (Richardson) finished strong to close out the doubles point.”

“We’ll be ready for a tough Michigan team tomorrow afternoon. The tournament is all about survive and advance, and we’re happy to be playing one of the best teams in the country.”

Seniors Taylor Bridges and Paris Corley struck first in doubles action as they blanked Boston University’s duo of Victoria Carlsten and Erica Di Battista by a score of 6-0 at the No. 2 doubles spot.

The Terriers responded with a win at No. 3, where Kaitlan Tan and Shelly Yaloz defeated sophomores Safiya Carrington and Maggie Cubitt by a score of 6-1.

At the No. 1 spot, senior Eden Richardson and sophomore Nina Geissler clinched the doubles point with a 6-4 win over Lily Burchell and Emily Kim. The Tiger duo jumped out to an early lead in the match and held off a late charge from the Terriers to give LSU a 1-0 lead heading into singles play.

Richardson grabbed the first singles point of the afternoon and gave LSU a 2-0 lead after defeating doubles-foe Burchell in straight sets at the No. 5 singles. Richardson’s fast start saw her claim the first set by a score of 6-2 before going on to repeat that scoreline in the second set to earn her ninth singles win of the season.

The Tigers’ lead was extended to 3-0 after Bridges defeated Carlsten at the No. 1 spot. The first set was a tightly contested one, with Bridges able to narrowly pull ahead and hold Carlsten off to win 6-4. The second set saw Bridges carry momentum from her success in the first, dropping only one game to win 6-1 and grab her 14th singles win of the year.

Cubitt clinched LSU’s 4-0 sweep with a straight set win at the No. 4 spot over Kim. Cubitt recovered from a slow start in the first set to jump ahead and eventually get a 6-4 win. In the second set, Cubitt played almost flawlessly as she blanked Kim 6-0 and secured LSU’s first round victory. Individually, it was Cubitt’s seventh singles win on the year.

The Wolverines come into the second round match with an 18-3 record and a ranking of No. 20 in the latest ITA Team Rankings. Their three losses came against Duke and Ohio State in the regular season and their most recent defeat coming against Ohio State in the finals of the Big Ten Tournament. In their first round match in the NCAA Tournament, Michigan dropped only one point in a 4-1 win over the Rice Owls.

Leading the Wolverines in singles play is Kari Miller, who sits at 16-4 on the year and is ranked No. 57 in the ITA Singles Rankings. In doubles action, Chiara Lommer and Jaedan Brown have played at the No. 1 spot for Michigan, tallying an 11-3 overall record.