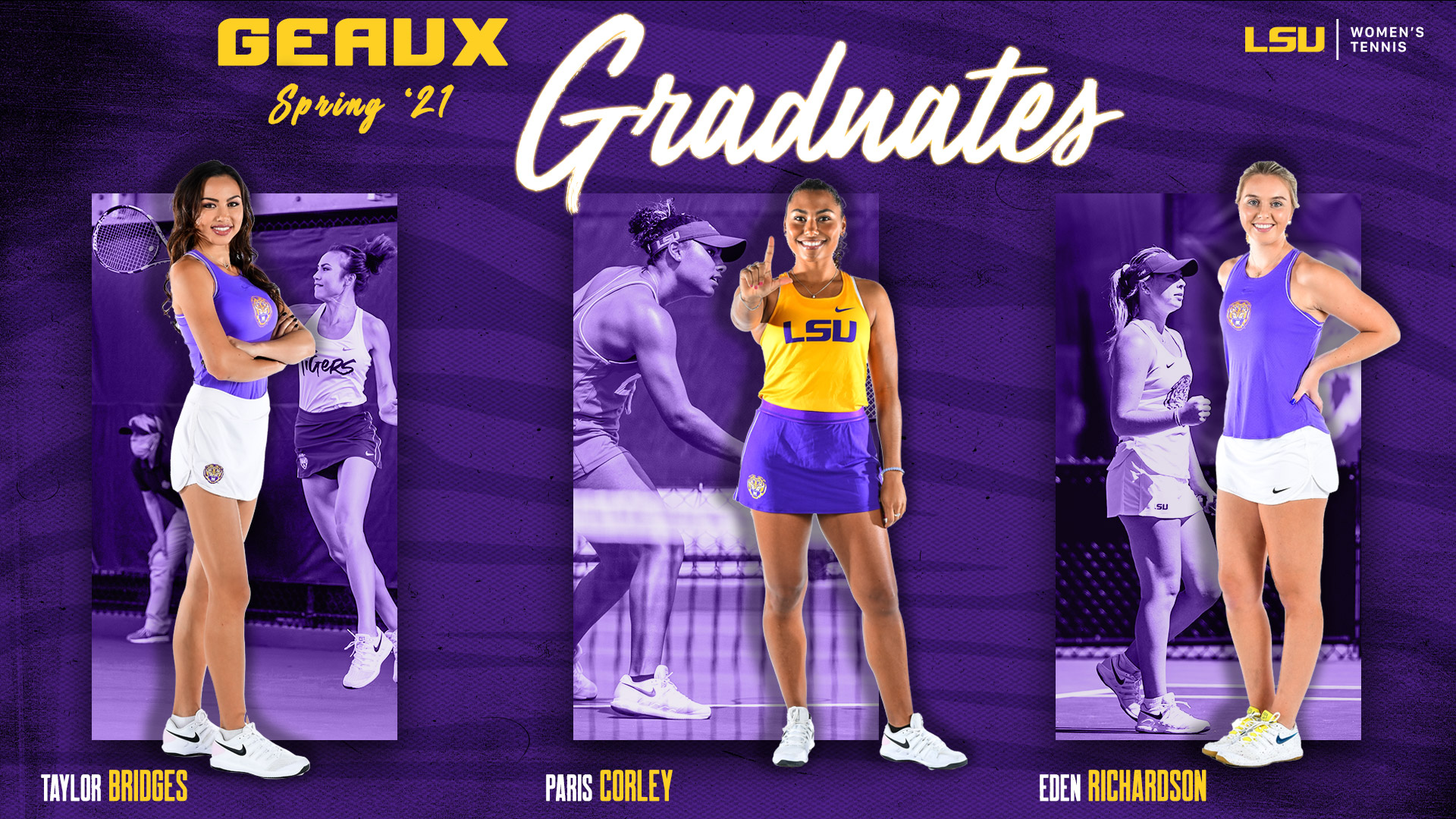 “We couldn’t be more proud of these girls for finishing their undergraduate careers,” co-head coach Michael Sell said. “Not only are these women impressive tennis players and students, but they are incredible people and will go on to leave a massive mark on the world when their time with us is finished.”

Bridges is a two-year letter winner and will return in the 2021-22 season. The Mesa, Arizona native has been a crucial member of the team member since joining the program in the 2018-19 season, picking up 50 singles wins and 48 doubles wins. Recently, Bridges has earned a spot on the All-SEC Second Team and an at-large berth for the 2021 NCAA Singles Tournament. Bridges earned a degree in Sociology and plans to pursue a Master’s degree in Education.

From Grants, New Mexico, Corley is a two-year letter winner and has left her mark on the program since joining in 2018-19. In that time, she’s picked up 56 singles wins and 54 doubles wins and has played a big part in the success the Tigers have experienced over the year. In the 2020-21 season, she earned a spot on the Second Team All-SEC and an at-large berth for the 2021 NCAA Singles Tournament. Outside the classroom, she was a member of the 2020 SEC Women’s Tennis Community Service team. Corley earned a degree in Mass Communications with a focus in public relations and a minor in business.

Richardson is a three-year letter winner and leaves LSU with her name in the record books. Her accolades include the program’s first NCAA championship as she and partner Jessica Golovin won the national title in doubles in 2018. Richardson would follow that season up in 2019 with a singles run that saw her break into the Top 10 in rankings and earn recognition as a Singles All-American. She heads into her final matches as a Tiger with 72 singles wins and 71 doubles wins. She earned her degree in Sport Administration.