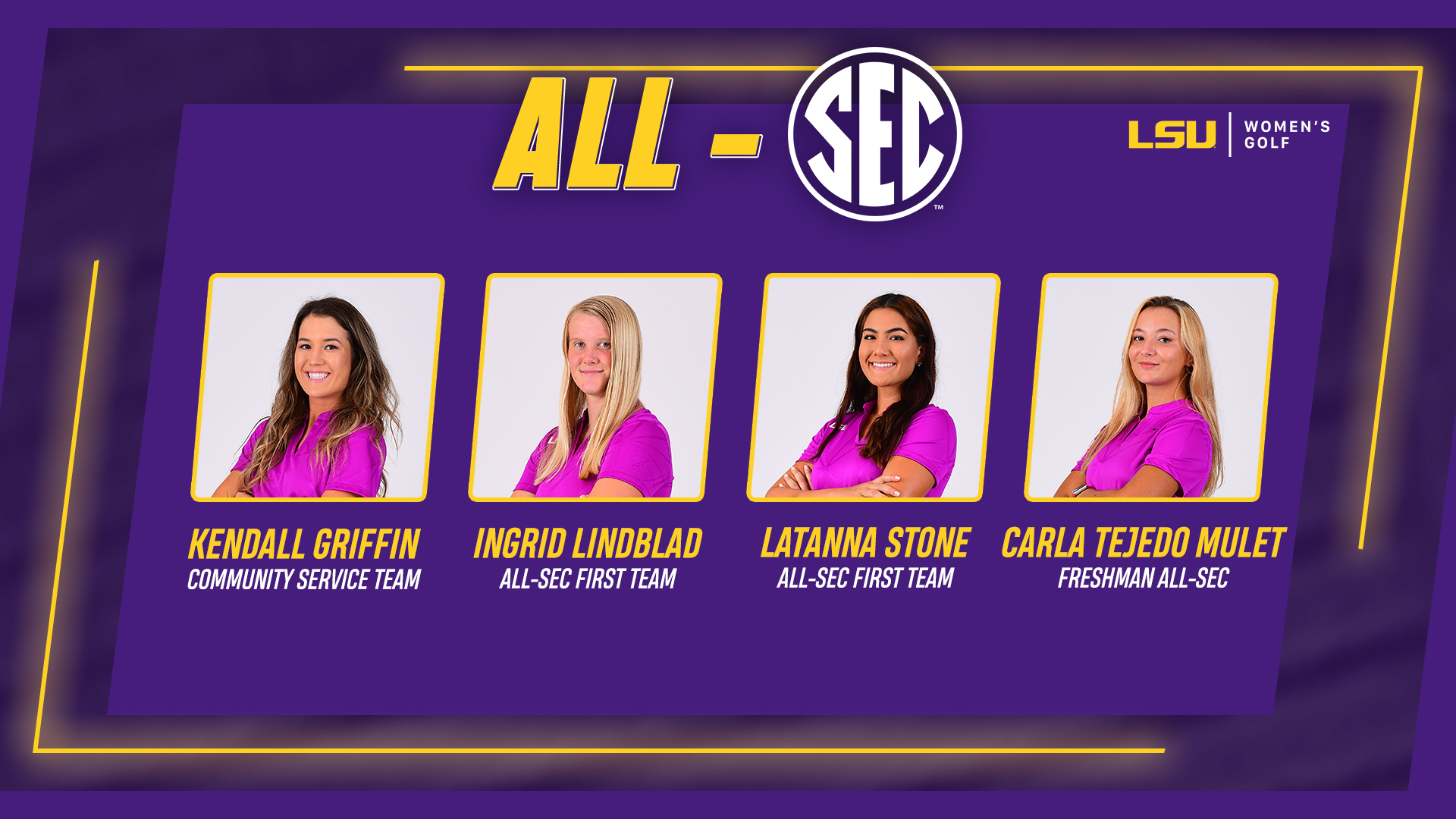 Lindblad is on pace to post the lowest single-season stroke average in LSU history. She is sitting at 70.26, just .07 ahead of her record-setting season last year (70.33). She currently ranks No. 2 in the NCAA rankings and No. 3 in the World Amateur ranks. The Halmstad, Sweden native is currently on the 2021 ANNIKA Award presented by Stifel Watch List after finishing last year as a finalist for the honor. In addition to the ANNIKA, Lindblad earned a second invitation to the Augusta National Women’s Amateur in 2021 and finished in a tie for 3rd place on the prestigious course.

Headed into next week’s NCAA Regionals at The University Club in Baton Rouge, Lindblad has shot 19 of 27 rounds this season at par or under, including the last six consecutive rounds at the LSU Tiger Golf Classic and SEC Championship Stroke Play. She earned two wins this season at the Liz Murphey Collegiate Classic and the LSU Tiger Golf Classic. Lindblad finished second in stroke play at the SEC Championship with an LSU 54-hole record of 202 (-14). She shot an LSU record-tying 8-under 64 twice during the season, including the final round of SEC Championship stroke play. Lindblad has placed in the Top-9 in every collegiate tournament this season with six Top-3 finishes.

Stone is second on the team with a 72.11 average and shot 14 of her 27 rounds at par or under. The Riverview, Florida native currently ranks No. 16 in the NCAA by Golfstat and No. 62 in the World Amateur rankings. Her season average currently ranks third on the LSU single-season list. Her top finish was second at the Moon Golf Invitational in February. She posted four Top-5 finishes so far this season, including fourth place at SEC Championship Stroke Play. She has five consecutive rounds of par or under.

Lindblad and Stone have been named to their respective Arnold Palmer Cup teams for the second year in a row.

Tejedo Mulet is just the sixth LSU rookie to be named to the SEC All-Freshman Team, joining Austin Ernst, Madelene Sagstrom, Caroline Nistrup, Lindblad and Stone on the list. The native of Spain is fourth on the squad with a 73.63 stroke average and is one of four LSU players to compete in all 27 rounds of stroke play this season. She has 11 rounds of par or under and two Top-10 finishes. Her best finish of the season was seventh place at The Ally in October (214; -2). Tejedo Mulet currently ranks No. 136 in the World Amateur rankings.

Griffin, who earns her bachelor’s degree in Marketing on Saturday, was named to the SEC Community Service Team. Griffin is a three-year member of the LSU Student-Athlete Advisory Committee and spearheaded the team’s virtual cards of encouragement project to St. Jude’s patients. The senior from Sebring, Florida, has been a leader and mentor to her teammates as they navigated through the past year of season cancellation in March 2020 and resuming activities during the pandemic. She also volunteers at Sun N Lake Golf Club for children’s golf clinics and has assisted with hurricane relief efforts during her four years at LSU. Griffin has also participated in the annual Thanksgiving with the Tigers and Halloween BOOzar events with her teammates. Griffin ranks No. 81 in the NCAA and has been a key player in LSU’s recent success. She is one of four players to compete in all 27 rounds so far this season.

LSU is currently ranked No. 4 in the nation by Golfstat and the WGCA. Golfweek has the Tigers at No. 5. The Tigers claimed a victory at the LSU Tiger Golf Classic and the No. 1 seed in SEC Championship Match Play to go along with four second-place finishes during the regular season. LSU earned the No. 1 seed in SEC Match Play following a national record-setting 54-hole score of 46-under in SEC Championship Stroke Play. The Tigers played all three rounds of SEC Stroke Play at double-digit under par and claimed the top three single round scores in LSU history and three of the top four single round scores in SEC Championship history.

The Tigers host the 2021 NCAA Baton Rouge Regional at The University Club on May 10-12. LSU players will tee off at 8 a.m. from Hole No. 1 for the first round as the No. 1 seed in the regional field and a Top-4 seed overall. All four SEC honorees will be in the field along with junior Alden Wallace.