Chauvin, Griffin and Oshiro Are May 2021 Graduates 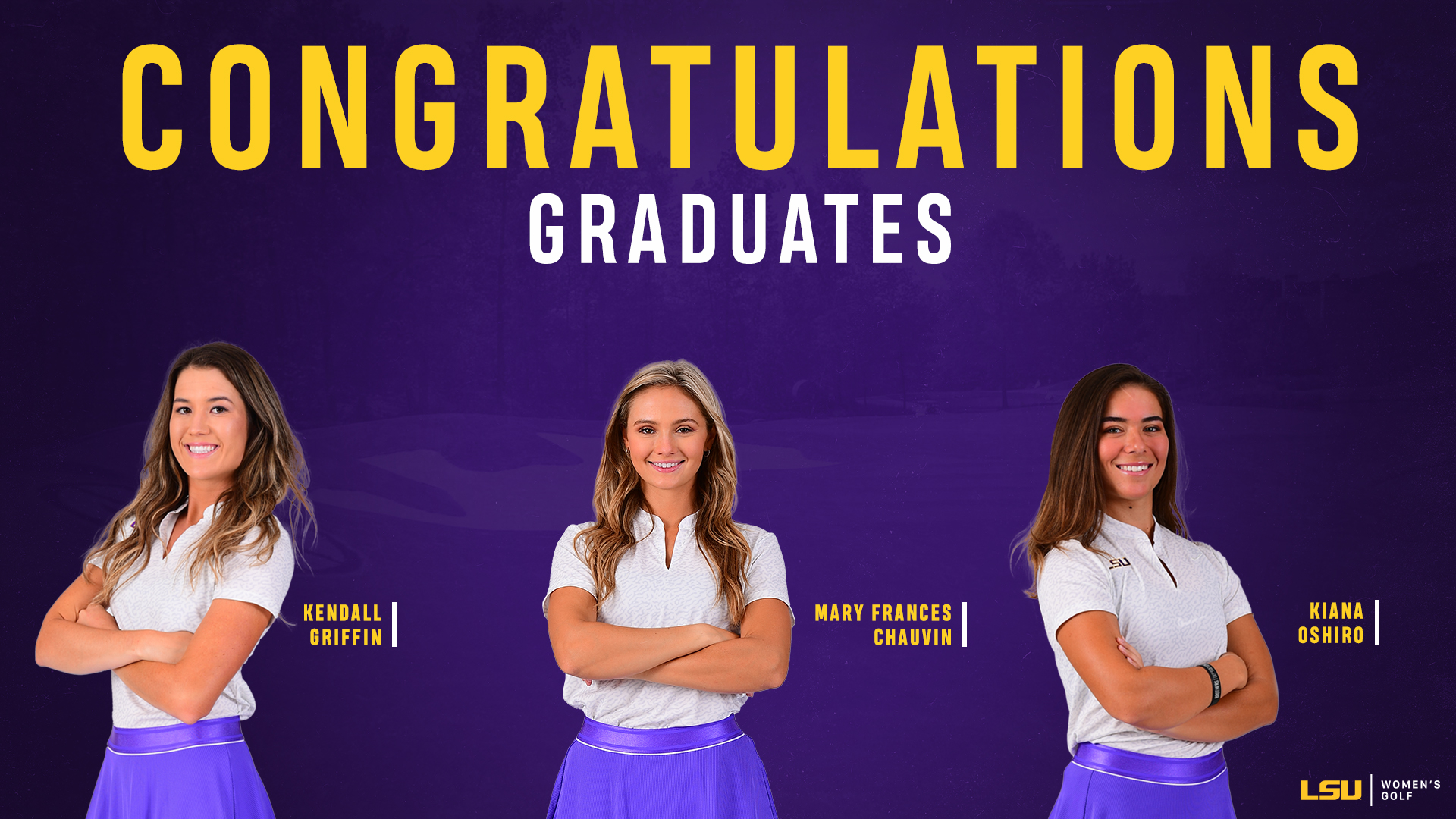 Chauvin, a Hammond, Louisiana native, played a total of 35 rounds in her LSU career, recording a career stroke average of 78.57. Academically, she was heavily involved with Tiger TV, the student media television station affiliated with the Manship School of Mass Communications.

Griffin represented the Tigers in two SEC Championship tournaments and at the 2019 NCAA East Lansing Regional. The Sebring, Florida, native has played a total of 100 rounds in her LSU career leading into next week’s NCAA Baton Rouge Regional. She is averaging 75.28 strokes over her four-year career. Her career mark currently ranks 10th on the LSU career stroke average list, going into the national postseason.

Oshiro transferred to LSU for her junior and senior years from Western Texas College. The Central Point, Oregon, native played a total of 21 rounds in her LSU career, recording a career stroke average of 74.38.

Oshiro’s play during the 2019-20 season earned her the Louisiana Newcomer of the Year Award. She also was a member of the 2020 SEC First Year Academic Honor Roll.