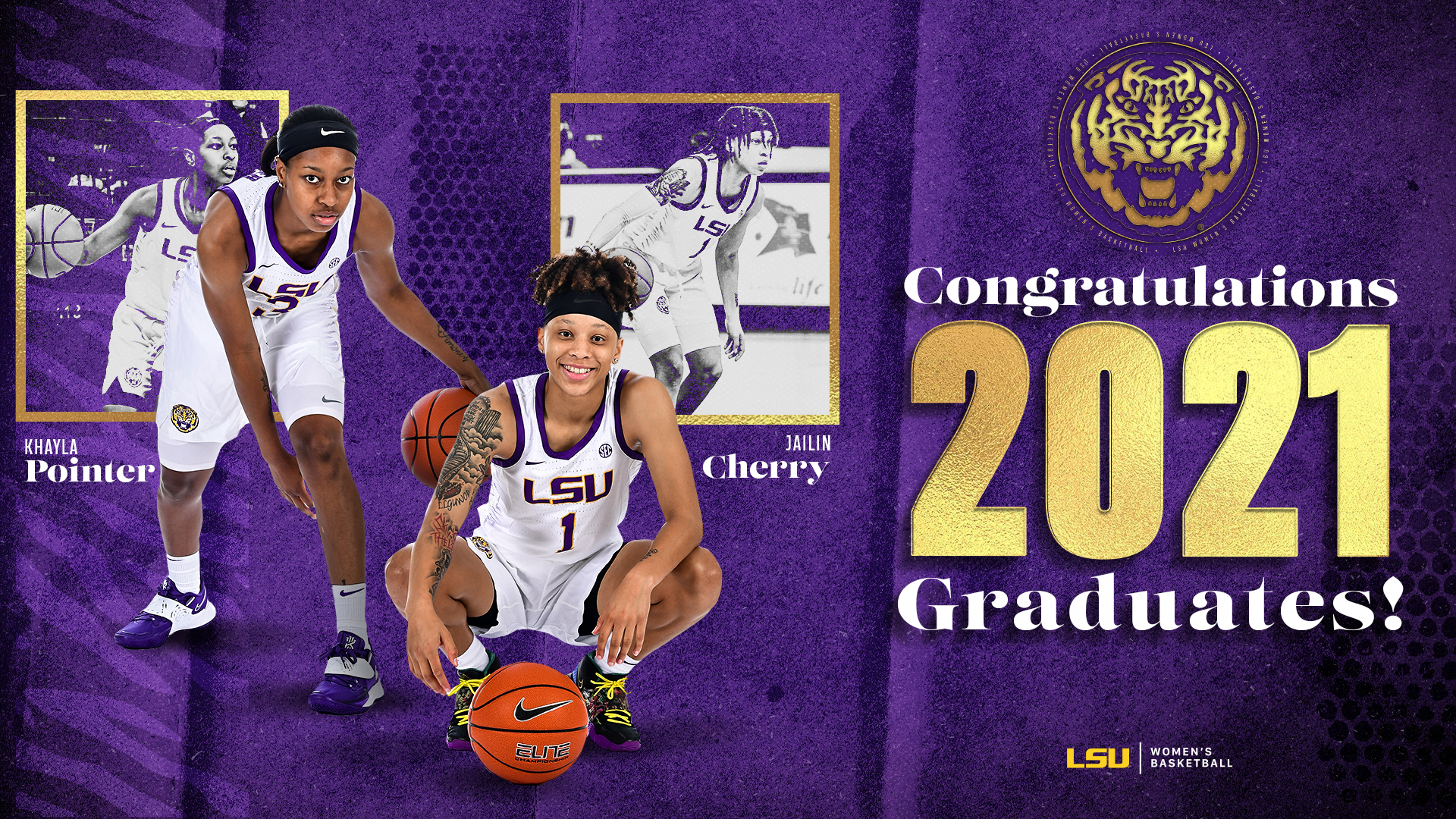 Cherry is a four-year letterwinner for the Tigers and will be returning for a fifth season in 2021-22. The Pascagoula, Mississippi, native played in her 100th game in the Purple & Gold on March 4, 2021 versus Mississippi State in the SEC Tournament. Cherry played in all 22 games and made six starts this past season. She scored a career-high 19 points at No. 1 South Carolina on February 14, 2021. Cherry earned a degree in Interdisciplinary Studies and was named a member of the 2020-21 SEC Winter Honor Roll.

Pointer earned All-SEC First Team and SEC All-Defensive Team honors in 2020-21. The Marietta, Georgia, native became the 34th LSU 1,000-point career scorer during the season and is currently No. 21 on the LSU career scoring list with 1,306 points. She also is fifth on the LSU career assists list with 431. Pointer led the team with 16.9 points per game, 90 assists and 55 steals. Pointer is a four-year letterwinner and has played in 110 career games for the Tigers. A 2020-21 SEC Winter Honor Roll member, Pointer earned her degree in Sport Administration. She will be returning to play for LSU in 2021-22.

Hodges, an All-SEC Second Team honoree in 2002 and 2004, has earned her degree in interdisciplinary studies through LSU’s Project Graduation program. Hodges ranks seventh on the LSU games played list with 130 games and is third on the career list for 3-point field goals made with 199. Hodges also ranks 15th on the career scoring list with 1,484 points.