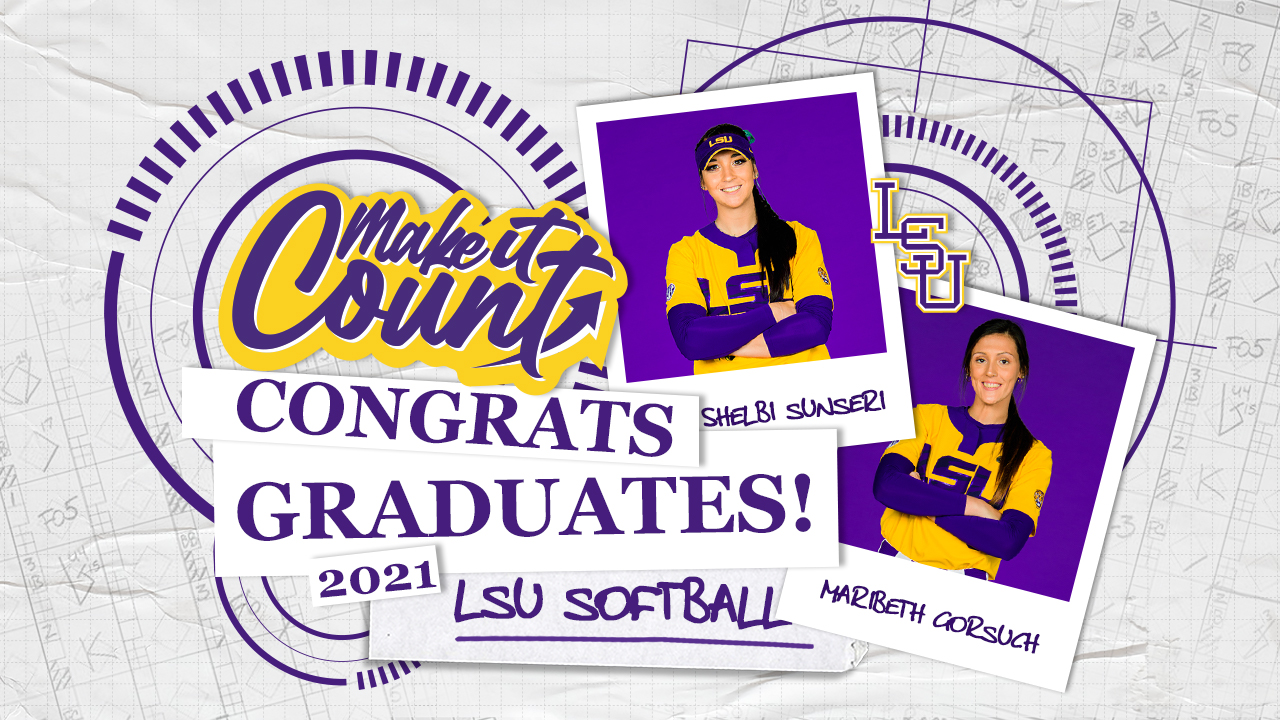 “These two women represent everything that is LSU Softball,” head coach Beth Torina. “They give their everything in the classroom and in practice and games for their teammates, fans and us coaches. I am excited to celebrate their accomplishments this weekend. Whatever they do once softball ends, they will be Tigers for life.”

Sunseri earned her bachelor’s degree in sport administration. A pitcher and designated player for the Tigers, Sunseri has nearly 300 innings and 400 at bats in four years. The Santa Fe, Texas native is an All-SEC, All-Region and second team All-America player.

Gorsuch will not be able to attend her graduation on Friday night due to the Tigers’ game so she was surprised with a special ceremony this week. Robert Damp, the chair of the LSU Board of Supervisors, and Tom Galligan, LSU’s president, honored Gorsuch following practice on Wednesday.

Senior Maribeth Gorsuch won’t be able to attend her graduation on Friday due to our game so graduation came to Tiger Park!

Thank you to Robert Dampf, Chair of Board of Supervisors, and Thomas Galligan, Interim President for surprising Maribeth at practice!#ForeverLSU pic.twitter.com/HidOvoZbGy

The Lewisville, Texas, native has been a large part of LSU’s success in the circle the last five seasons. Gorsuch threw the program’s first seven-inning perfect game in 2020, which included 21 first-pitch strikes and career-high 16 strikeouts. Off the field Gorsuch is a two-time member of the SEC Community Service team.

Sunseri and Gorsuch will lead LSU in a three-game series against Auburn at Tiger Park this weekend. It will the final regular season home series for Gorsuch. She’ll be celebrated prior to game two on Saturday.