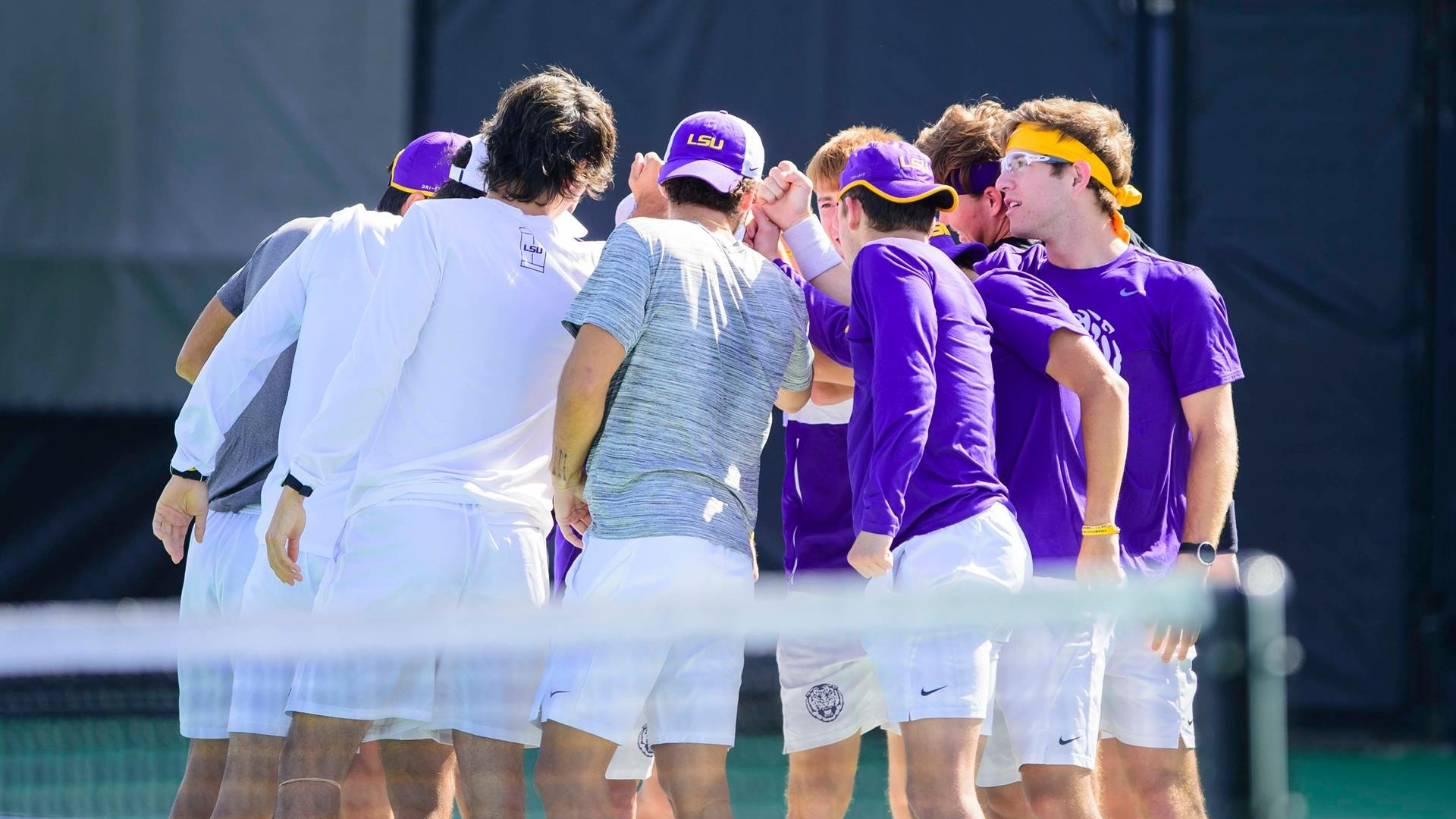 CHARLOTTESVILLE, VIRGINIA—The LSU men’s tennis team kicks off their NCAA Tournament campaign on Saturday, May 8 at 9:00 a.m. at the Virginia Tennis Facility.

LSU’s first round matchup is against one of the most storied franchises in all of college tennis, the Stanford Cardinals. The Cardinals have 17 National Championships under their belt with their last coming in 2000. This season, Stanford holds a 10-5 overall record with a 6-1 record in the Pac-12. The Cardinals have two ranked singles players in No. 78 Arthur Fery and No. 104 Axel Geller. Fery has hopped around courts this season but has played most of his matches on court two, where he holds a 6-2 record. Geller has been Stanford’s court one player this season where he’s 5-6.