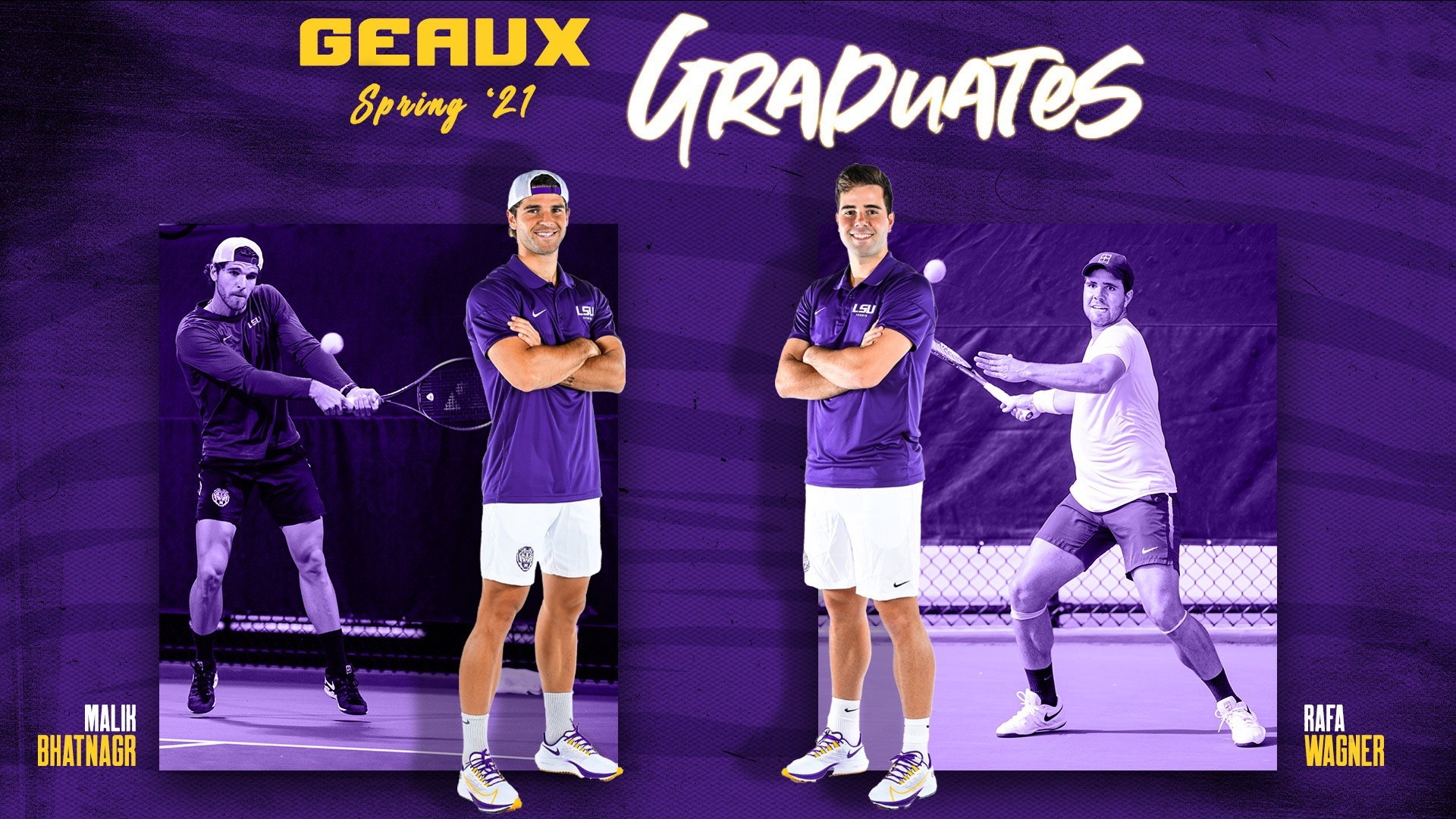 Bhatnagar, a two-time letter winner at LSU, graduated from the E.J. Ourso College of Business school with a degree in General Business. The Ottawa, Canada native compiled 30 singles wins in a Tiger uniform after transferring from Stetson University in 2018.

Wagner also graduated from the E.J. Ourso College of Business school and earned his degree in Finance. The Brasilia, Brazil native is a four-year letter winner with the Tigers and has compiled 66 singles wins in his career. He has a career-high of No. 30 in the ITA doubles rankings with his partner Joey Thomas. In 2021, Wagner and his doubles partner, Ronald Hohmann, were chosen as the No. 3 alternates in for the NCAA Doubles Championships later this May.

The Tigers will play in their first NCAA Championship since 2016 as they face Stanford in the first round on Saturday, May 8.