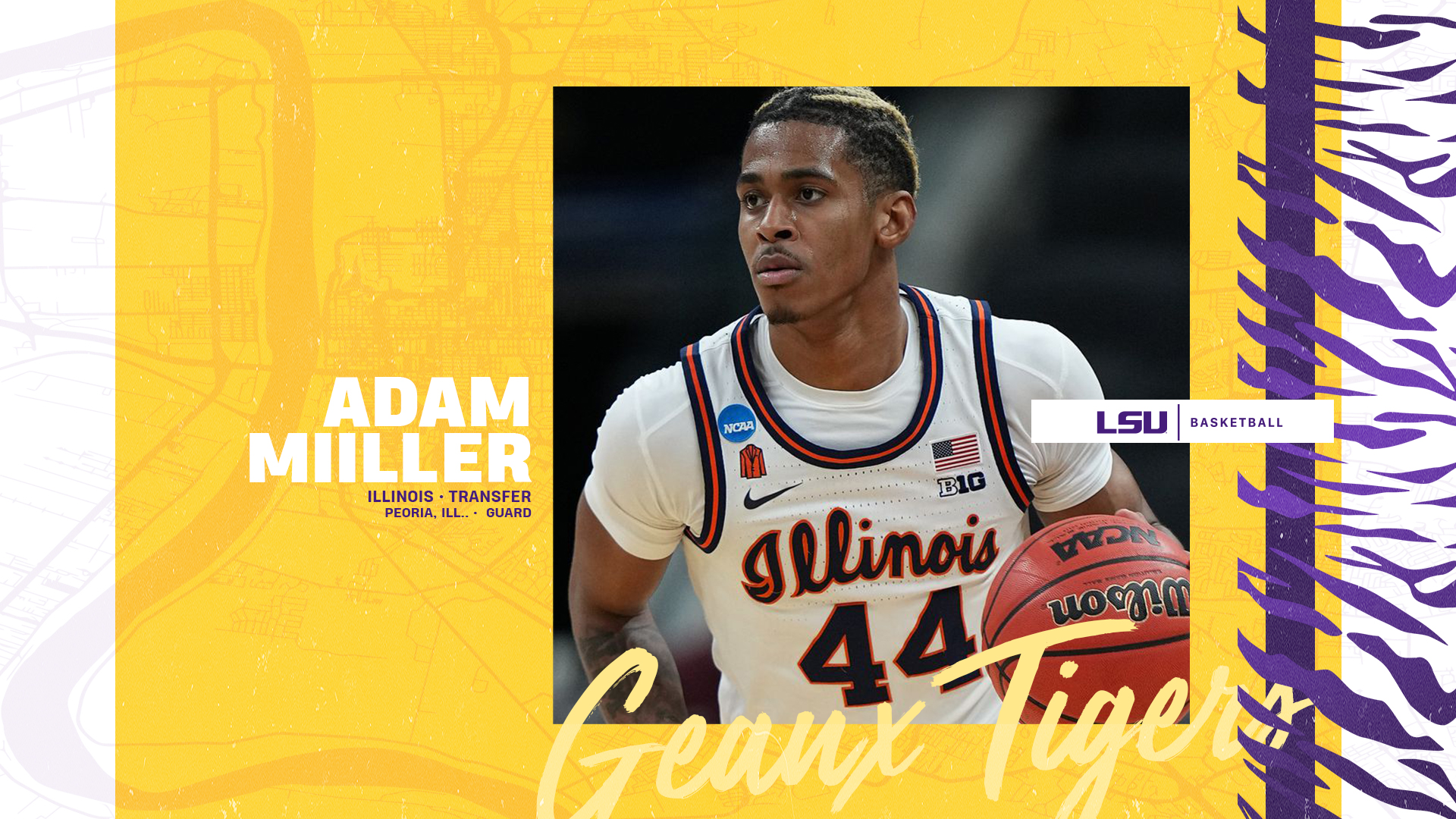 BATON ROUGE – LSU Athletics and Head Basketball Coach Will Wade announced on Friday that the SEC and institutional paperwork had been received and approved for the transfer of Adam Miller to LSU from the University of Illinois.

Miller, a 6-3 guard who started all 31 games this past season for Illinois, averaged 8.3 points and 2.8 rebounds as Illinois won the Big Ten Conference Tournament championship and advanced to the NCAA Tournament.

“We are very excited to add one of college basketball’s top transfers in Adam Miller,” said Coach Wade. “Adam is a tremendous person both on and off the court. Adam is a dynamic scorer, passer, and leader. He will affect the game on both ends for us with his physicality and his basketball IQ.”

Miller, from Peoria, Illinois, was the No. 5 scorer among Big Ten freshmen and led all Big Ten freshmen with 52 three-pointers. He scored in double figures 13 times, including three-of-five postseason games. He had 10 points in both NCAA Tournament contests. In the games against Drexel and No. 17 Loyola Chicago he was a combined 8-of-11 from the field.

Miller set the Illinois freshman debut scoring record with 28 points versus North Carolina A&T. He made 10-of-12 shots against NCAT, including 6-of-8 from behind the arc. Miller posted 18 points, including 16 in the first half against Nebraska on Feb. 25 and had 14 points and a season high seven rebounds vs. No. 21 Ohio State (Jan. 16).

He averaged 27.4 points, 6.3 rebounds, 5.6 assists, and 2.3 steals as a senior at Morgan Park High School, leading the team to a 22-9 record and the IHSA Class 3A section final before the remainder of the 2020 state tournament was canceled due to COVID-19. Miller was selected to the Jordan Brand Classic, Iverson Classic and Team USA for the Nike Hoop Summit, showcase events that were canceled in 2020.

Miller averaged 26.7 points, 7.3 rebounds and 5.4 assists as a junior to help Morgan Park to a 30-5 record and an appearance in the sectional finals. As a sophomore the team won the state title with a 25-9 mark.