Beach Falls to LMU at NCAA Championship; Will Face TCU 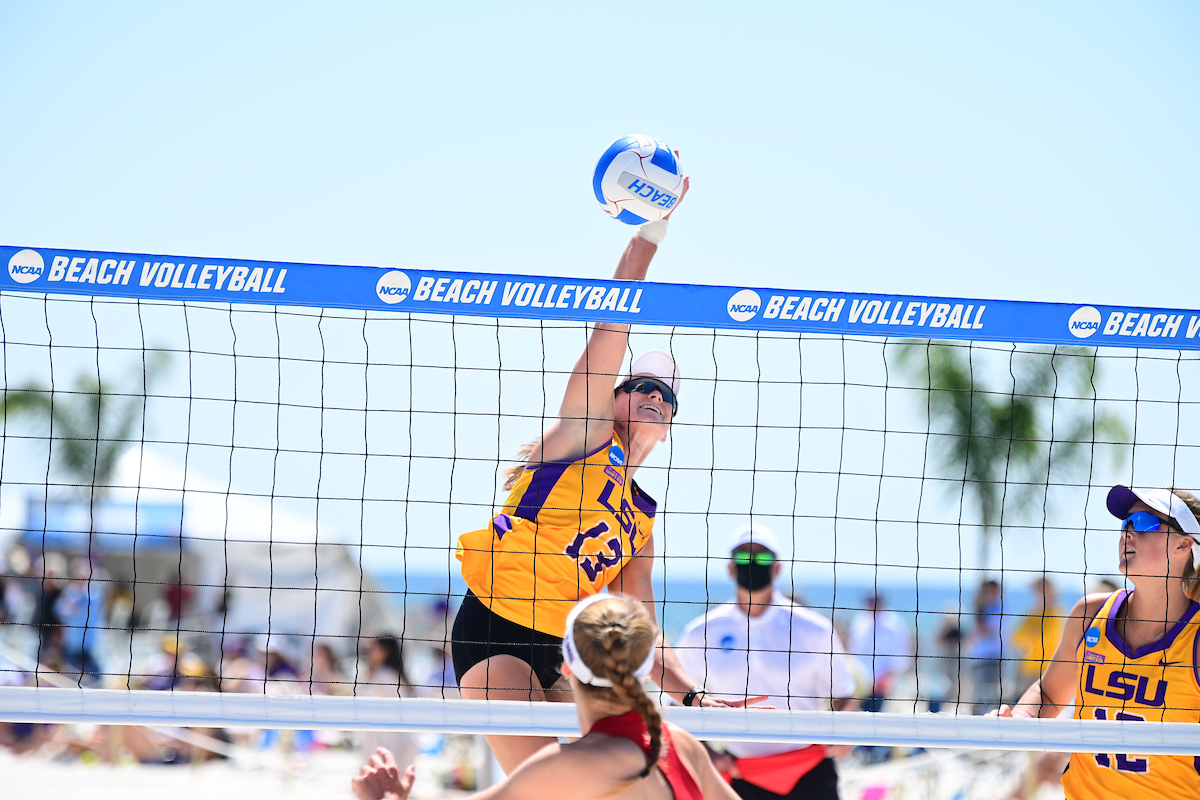 GULF SHORES, Ala. – No. 4 LSU fell to No. 5 Loyola Marymount, 3-2, in the first round of the NCAA Championship Friday morning in Gulf Shores setting up an elimination match where the Tigers will face TCU this afternoon at 1 p.m on ESPNU.

“We’ve just got to play better,” said head coach Russell Brock. “That’s the bottom line. We knew that LMU would be a tough matchup. They are a solid team with great coaching. They handled that moment better than we did.

“I like our team with its back against the wall against a team that we know. We need to play well to get to the next round.”

LSU was able to pick up straight-set victories on Courts 1 and 5, but Loyola Marymount secured the win with wins on Court 2, 3 and 4.

“We’ve got to create that momentum again,” Brock said. We’re starting from ground zero after a loss. It’s important for us to play the way we are capable of playing.”

“From the moment we stepped out here in Gulf Shores there was no doubt that we would do the best we could,” York said about her Court 5 performace. “We had a lot of confidence going into that game and a lot of trust in our partnership.

Ashlyn Rasnick-Pope and Toni Rodrgiuez fell in the first set on Court 3, 21-14, but battled in the second set. It was neck-and-neck, but they ultimately dropped the set, 22-20. Taryn Kloth and Kristen Nuss advanced to 33-0 on the season, winning on Court 1, 21-16 and 22-20. With their 30th straight-set win of the season, LSU and LMU were tied at two.

Jess Lansman and Sydney Moore were unable to win a set on Court 4 though, 21-18 and 21-7, as LMU walked away from round one victorious.