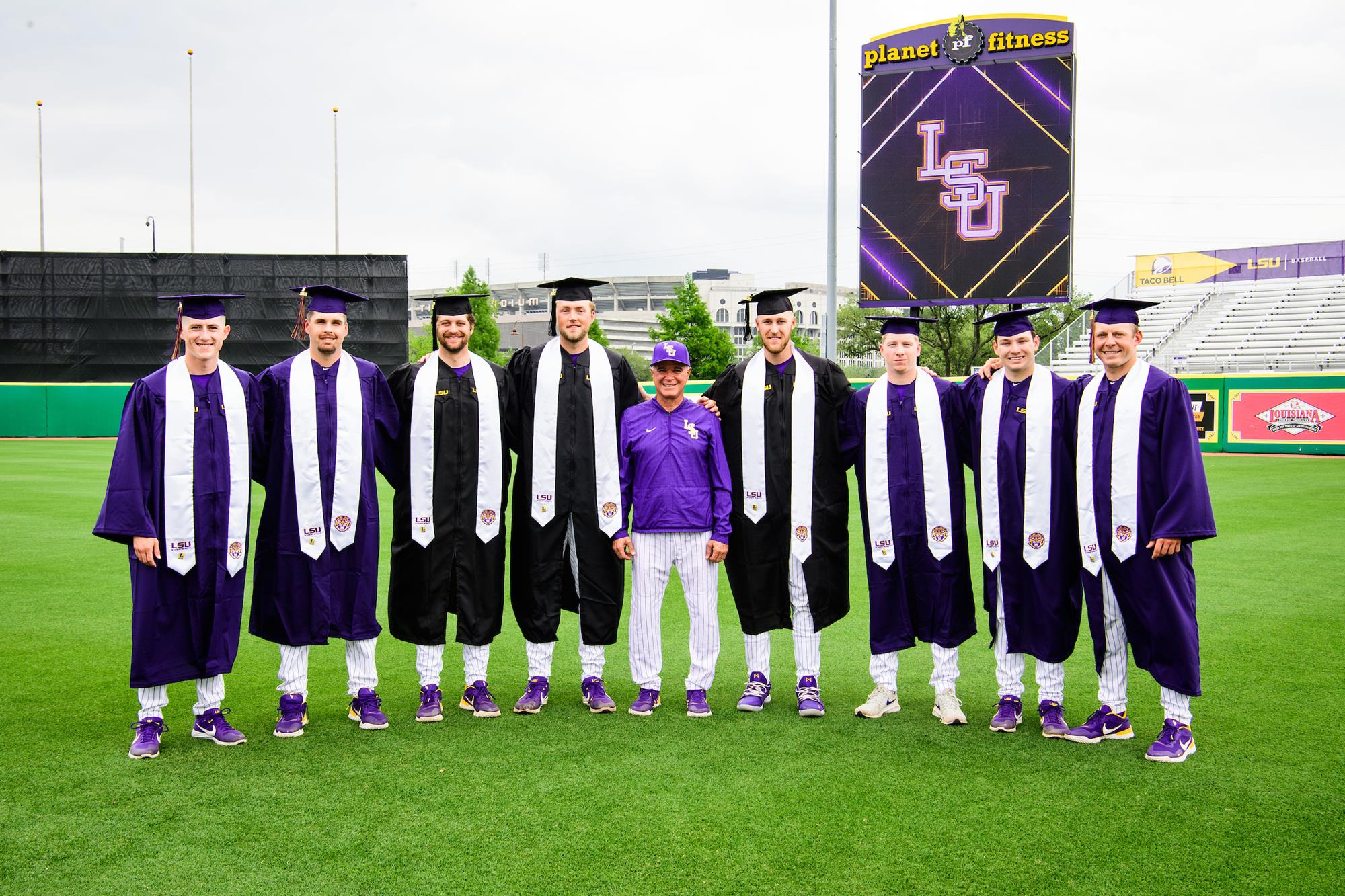 BATON ROUGE, La. – Eight members of the 2021 LSU baseball team have earned degrees as graduation ceremonies are held Friday on the LSU campus.

Beck, a right-hander from Alexandria, La., has enjoyed a superb career at LSU, boasting a 9-1 record and a 2.59 ERA in 80 career appearances. He has recorded 119 strikeouts in 118 innings, and he has limited opponents to a .182 batting average.

He is two-time member of the SEC Academic Honor Roll, and he was voted last May to the 2020 SEC Community Service team for his philanthropic activity. Beck was presented February 2020 with the Shriners Hospitals for Children Service Award.

Beck wears LSU jersey No. 8, which is given each season to the upperclassman who exemplifies the spirit of LSU Baseball through his leadership and dedication to the program.

George, a right-hander from West Monroe, La., has made 40 career relief appearances for the Tigers over the past three seasons, recording 53 strikeouts in 41.2 innings.

This season, George has made 12 appearances out of the LSU bullpen, posting a 3.24 ERA with 11 strikeouts in 8.1 innings.

Kiel, who pitched at LSU in 2017, has worked as a student assistant coach for the past two seasons. The product of Florence, Ala., appeared in 10 games out of the bullpen in 2017, recording nine strikeouts in 6.1 innings, and he was named to the Southeastern Conference Academic Honor Roll.

The right-hander from Fleming Island, Fla. is 3-1 this season with a 4.22 ERA, and his outings this season include a complete-game win at Ole Miss on April 23. Labas limited the Rebels to two runs on 10 hits in nine innings with one walk and six strikeouts, throwing a career-high 126 pitches. The complete game was the first by an LSU pitcher since April 24, 2018, when Labas himself recorded a nine-inning shutout of Lamar in Baton Rouge.

Fontenot, a 2020 third-team All-American, has made 20 appearances this season, recording three saves and 27 strikeouts in 22.1 innings.

Vietmeier, a right-hander from Pittsburgh, Pa., has a 5-1 career mark and one save in 58 relief appearances. He made 25 appearances out of the bullpen in 2019, posting one save and 34 strikeouts in 34.1 innings.

Doughty, a native of Denham Springs, La., has played in 55 games during his career, and he was named to the 2020 SEC Academic Honor Roll. He is the son of Richard Doughty, who lettered at LSU as a catcher in 1989, and the older brother of Cade Doughty, a current sophomore infielder at LSU.

LSU coach Paul Mainieri‘s commitment to academic achievement has been illustrated by the Tigers’ performance in the classroom, as 103 LSU baseball players have earned their degrees during his coaching tenure.

Entering the 2021 season, Mainieri had coached 133 players who have completed their collegiate eligibility at LSU, and 132 of those players have earned a degree and/or played professional baseball.

In addition, LSU players have received SEC Academic Honor Roll recognition on 141 occasions over the past 14 seasons.