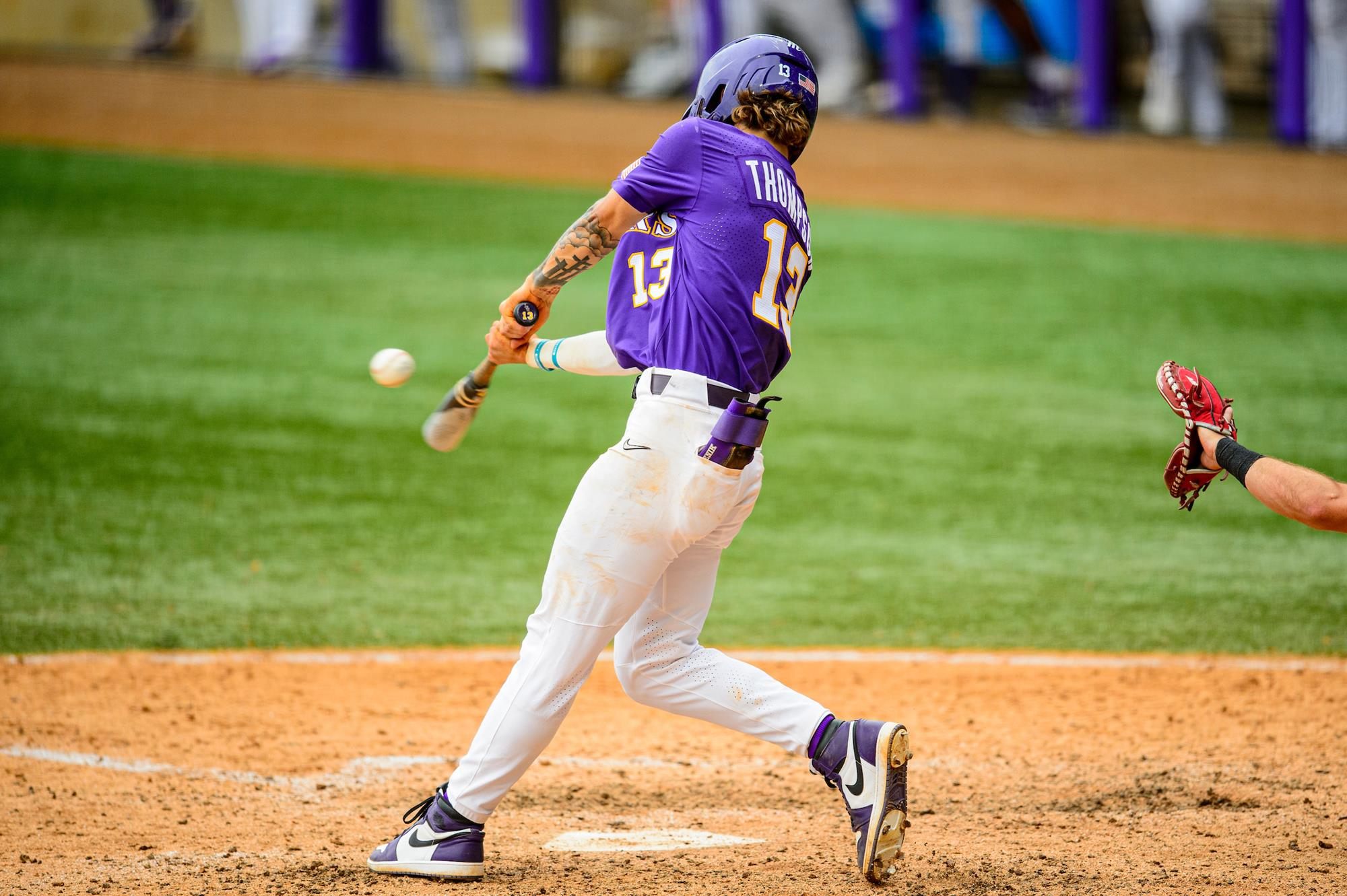 The teams conclude the series at 2 p.m. CT Saturday in a game that will be streamed on SEC Network + and broadcast on affiliates of the LSU Sports Radio Network.

Trailing 5-3, LSU erupted for three runs in the seventh to take a 6-5 lead. After Auburn tied the game in the bottom of the seventh, LSU scored a run in the eighth before shortstop Jordan Thompson blasted a two-run homer in the ninth to account for the final margin.

“I feel like we’ve been improving with each passing game, each passing weekend,” said LSU coach Paul Mainieri. “I think we’ve been competing really hard and some good things have been happening. I thought (LSU starting pitcher) AJ Labas pitched really well, though his final line may not reflect that. It’s tough pitching in such a homer-friendly ball park, and AJ kept us in the game.

Reliever Devin Fontenot (2-2) earned the win, as he pitched 2.2 scoreless and hitless innings with two walks and two strikeouts.

Labas worked 5.2 innings for LSU and was charged with five runs on nine hits with two walks and five strikeouts.

Auburn reliever Peyton Glavine (1-2) was charged with the loss, as he surrendered one run on two hits in 0.1 inning with two walks and no strikeouts.

Auburn tied the game in the bottom of the first as first baseman Tyler Miller and rightfielder Steven Williams each launched solo homers.

Shortstop Ryan Bliss gave Auburn its first lead of the series in the third with a solo blast, his 11th homer of the year.

Dugas smacked an RBI single in the fifth to tie the contest again at 3-3. However, Auburn regained the lead in the sixth when catcher Ryan Dyal belted a two-run homer, his third dinger of the year and second of the series.

Auburn designated hitter Cam Hill slapped an RBI single in the bottom of the seventh to tie the game at 6-6, but LSU took the lead again in the eighth when second baseman Drew Bianco singled, moved to second on a walk to catcher Alex Milazzo, advanced to third on a flyout by first baseman Tre’ Morgan, and scored on a passed ball.

In the top of the ninth, centerfielder Giovanni DiGiacomo produced a one-out single before Thompson launched his eighth homer of the year, a two-run blast off of Auburn reliever Cody Greenhill.