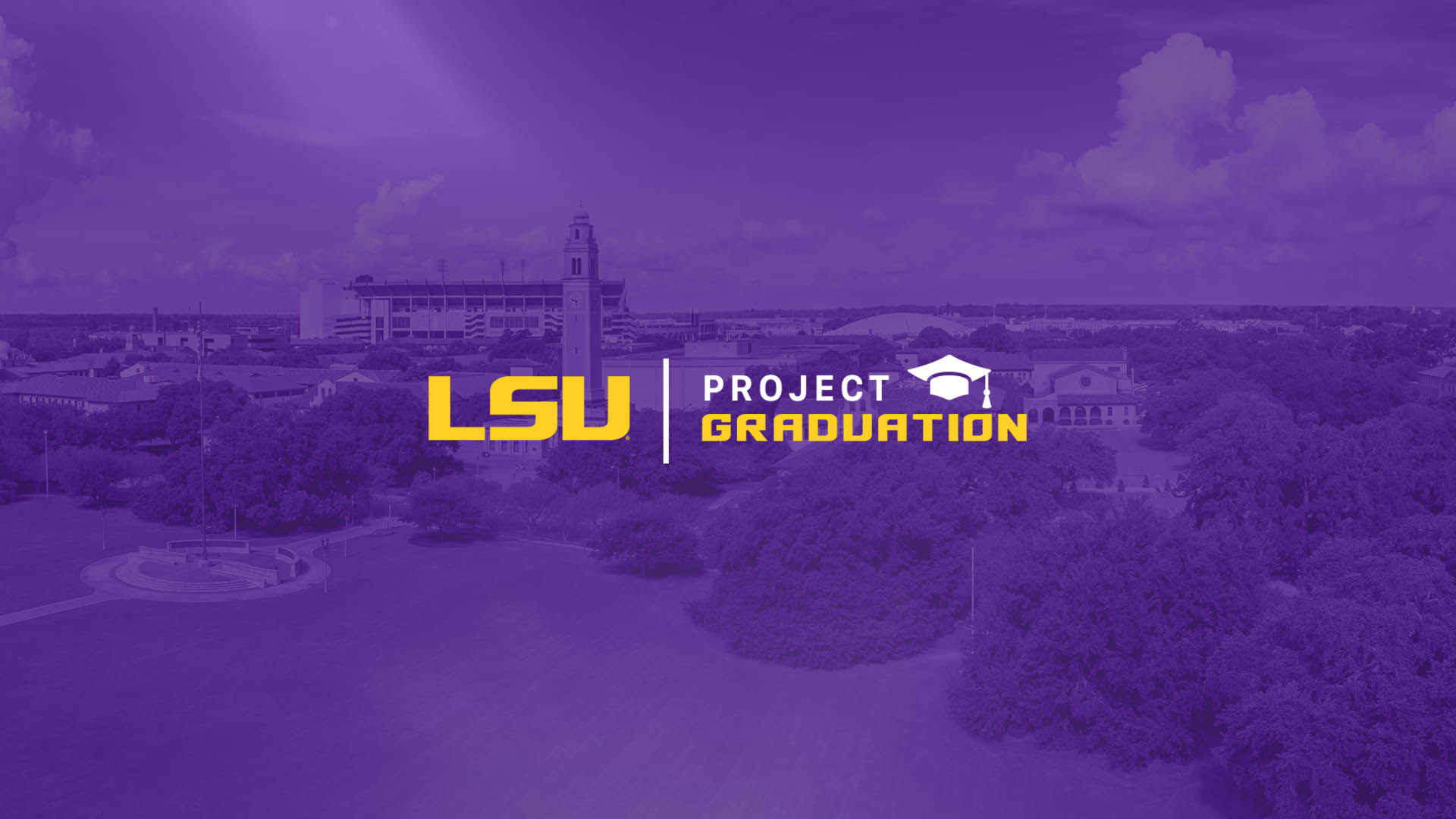 Montgomery was a member of LSU’s 2011 SEC Championship Team and a third round NFL Draft pick in 2013, while Hodges was a two-year starter for the Tigers and a member of LSU’s first Final Four team in 2003-04. Montgomery and Hodges are graduating with degrees in interdisciplinary studies.

Project Graduation was formally implemented by the Cox Communication Academic Center for Student-Athletes in 2010 and since the inception of the program, 87 former LSU student-athletes have returned to school and earn their college diploma.

“It’s a very proud moment for all of us in the Academic Center. Many of these student-athletes have gone on to play professional sports or start a career outside of athletics and to watch the commitment they make and what it means to them to get their LSU degree is special.”

Shaw said having a program like Project Graduation wouldn’t be possible without a partnership in all areas of campus.

“Project Graduation is a collaborative effort between many groups on campus,” Shaw said. “The success of this initiative is because of the willingness of so many different areas that have bought into the program and take pride is seeing our former student-athletes earn their degree.”

Montgomery and Hodges are the most recent Project Graduation success stories. Montgomery first enrolled at LSU in 2010, while Hodges enrolled in 2000.

“It has been a pleasure to work with Sam and Doneeka in their return to complete degree requirements at LSU in the Project Graduation program,” Shaw said. “We are extremely proud of their accomplishments and are excited to follow their future career endeavors.”

Hodges capped her LSU career as one of the most successful women’s basketball players in school history, scoring over 1,000 points and earning All-SEC honors. She was selected in the Los Angeles Sparks in the second round of the 2004 WNBA Draft and spent four years in the WNBA before playing professionally overseas.

After leaving LSU, Montgomery was picked in the third round of the 2013 NFL Draft by the Houston Texans. He spent three years in the NFL followed by two more seasons in the Canadian Football League.

“It feels great to come back and finish what I started,” Montgomery said. “I promised my high school teachers and my mom that I would come back and graduate from LSU. Education has always been so important to my mom so that’s a big reason as to why I came back.

“But more than anything else, I wanted to get my degree to solidify myself, not only through my athletic ability, but by bettering myself through educational achievements.

“My LSU degree will open many doors for me and will allow me to continue to make an impact in the community and the next generation of young people. I can now say I’m a college graduate and use that to inspire others to chase their dreams. I can’t thank LSU enough for sticking with me and helping me finish what I started.”

Project Graduation had 13 former LSU student-athletes enrolled during the spring semester. Among the anticipated summer Project Graduation graduates include Grant Delpit, a 2019 All-America and winner of the Thorpe Award as the nation’s top defensive back. Delpit, a second round in the 2020 NFL Draft, is currently a member of the Cleveland Browns organization.

Any former LSU student-athlete interested in being part of Project Graduation is encouraged to contact Jason Shaw at Cox Communications Academic Center for Student-Athletes at 225.578.5784 or jshaw@lsu.edu  to get more information.

A Letter from Scott Woodward

A Letter from Scott Woodward

An update on changes fans can expect to see in and around Tiger Stadium in 2022-23.
August 2022 CCACSA Student-Athletes of the Month