No. 12 LSU Set for First Round Clash against Boston University 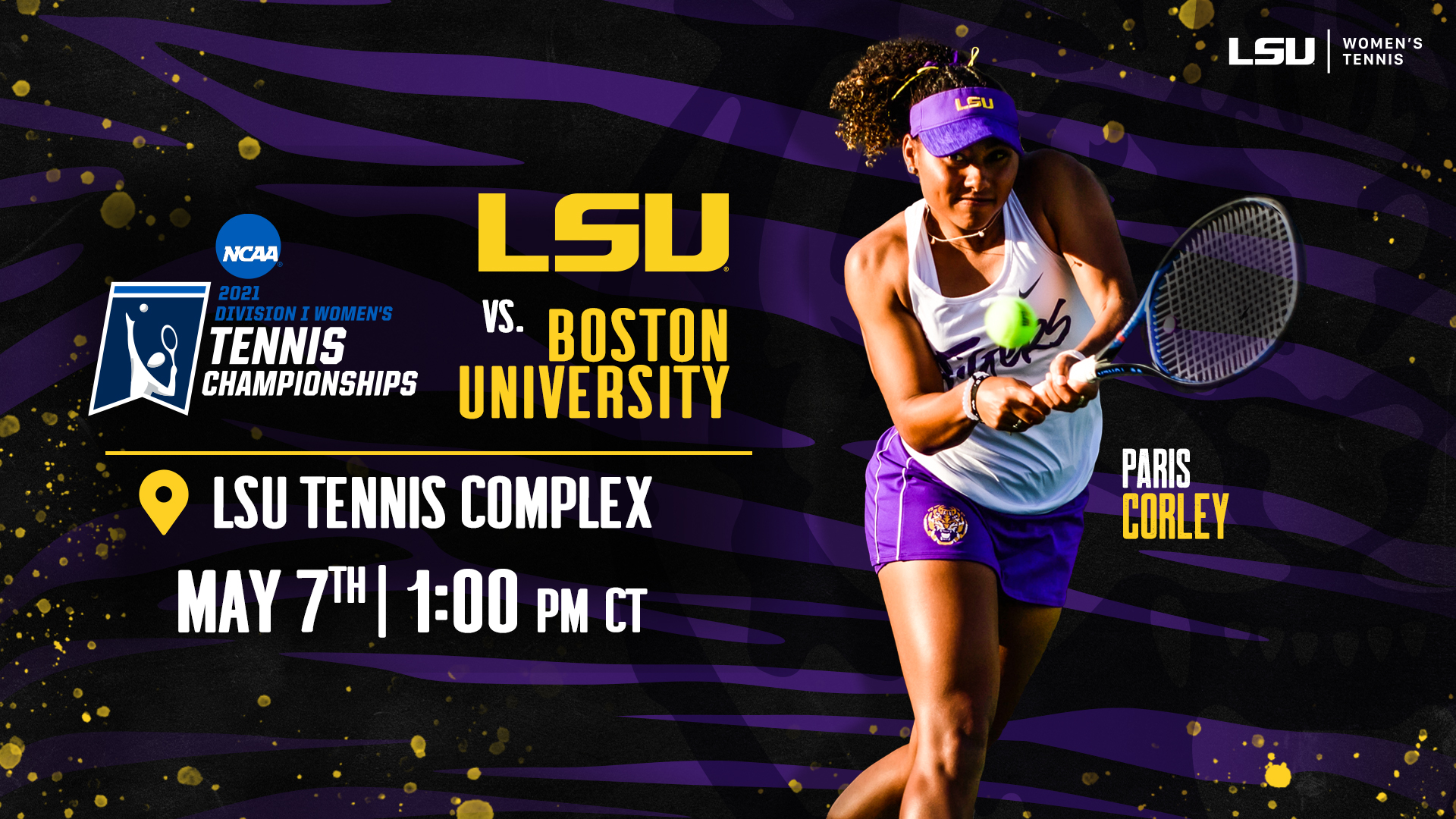 Baton Rouge, La. – The No. 12-seed LSU Women’s Tennis team (14-5) will begin its journey in the 2021 NCAA Tournament when they take on the Boston University Terriers at 1 p.m. CT on Friday, May 7, at the LSU Tennis Complex.

Tickets for the 2021 NCAA Regional can be purchased at the ticket office at the gates of the LSU Tennis Complex. Adult tickets will cost $5, while tickets for children 12-and-under will be priced at $3.

“The team is excited and ready to compete in the postseason in front of our fans,” co-head coach Michael Sell said. “We’re thrilled to be hosting and be able to compete against a tough, well-coached Boston University side.”

For the first time in program history, LSU is hosting a regional in the NCAA Tournament after being named the No. 12 seed. Joining the Tigers and Terriers in Baton Rouge are the Michigan Wolverines and Rice Owls, who both earned at-large bids.

Michigan and Rice (Live Results | Live Video) will begin the day with their first-round match at 10 a.m. CT, with the winner of that match and the LSU-Boston University winner advancing to the second-round matchup scheduled for Saturday, May 8, at 1 p.m. CT.

Friday’s first round matchup will mark the first time that the Tigers and the Terriers will meet in dual match action. Boston comes into the NCAA Tournament with a 10-1 record after playing a limited schedule in the 2021 dual season. The Terriers last win came in the finals of the Patriot League tournament, where they defeated Navy by a score of 4-3 to claim the conference title and earn an automatic bid in the NCAA Tournament.

In singles competition, Boston University is led by three different players that grabbed eight wins in their eleven matches on the year. Lily Burchell and Emily Kim boast an 8-1 and 8-3 singles record respectively, while Kaitlin Tan sits a perfect 8-0 playing primarily at the No. 2 singles spot for the Terriers. In doubles play, BU has claimed the doubles point in eight of their matches.

The Tigers head into the NCAA Tournament with a 14-5 overall record, including a new program-high of nine wins in SEC play in the regular season, beating the previous high of seven wins accomplished in 1991 and 2015 by two matches.

Seniors Taylor Bridges and Paris Corley earned individual recognition earlier this week as they received at-large bids in the 2021 NCAA Singles Tournament, set to take place beginning on May 24. Bridges has picked up seven wins in dual play at the No. 1 spot for the Tigers thus far this season. Overall, she has grabbed 13 singles wins this season, with three of those coming against ranked opponents.

For Corley, the Grants, New Mexico native leads the Tigers all around in singles and doubles wins this season. Corley finished the regular season of dual play with a 10-3 singles record, with six of those coming in SEC play. For the overall 2020-21 season, she sits at 18-4 in singles play and 18-6 in doubles action.

Bridges and Corley were also named to the 2021 All-SEC Second Team for their efforts this season and were joined by sophomore Safiya Carrington in that honor. Carrington notched five wins in SEC play for LSU, including a vital clinch point at then-No. 9 Vanderbilt to give the visiting Tigers a Top 10 win on the road. In doubles, Carrington has picked up 10 wins playing with three different partners across all three doubles spots for the Tigers.