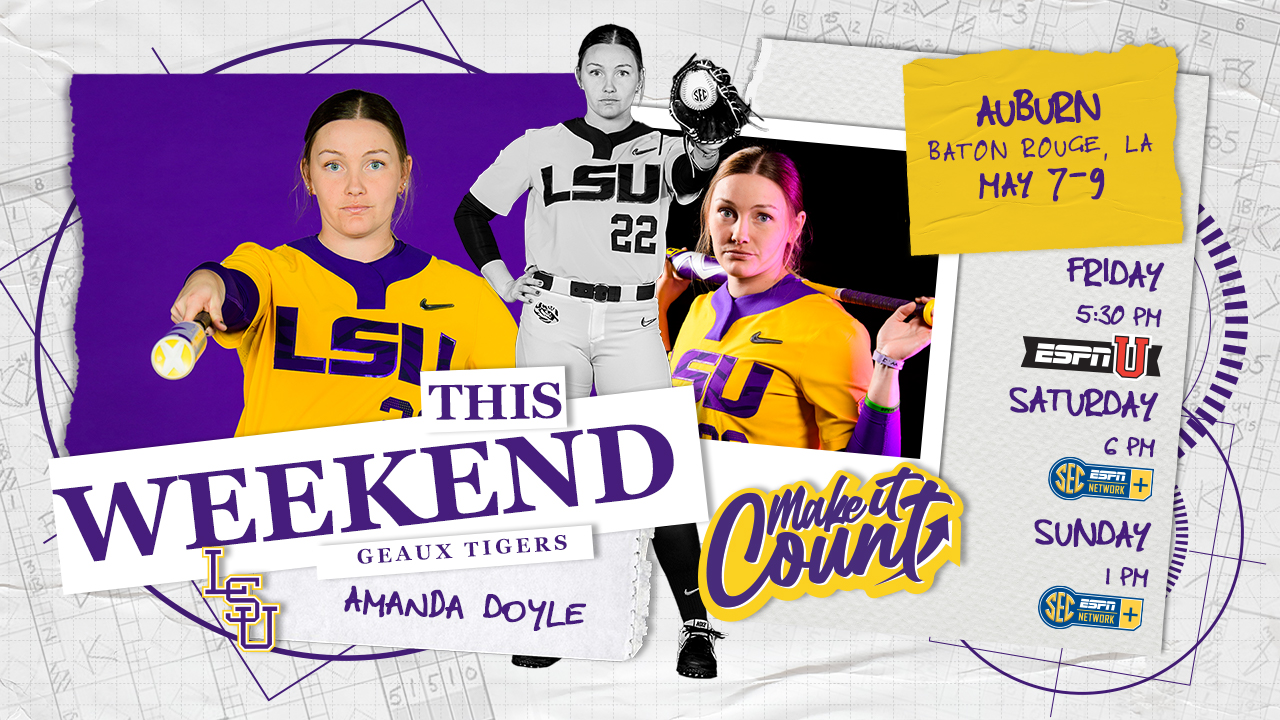 Tickets for all three games are still available at LSUtix.net. This is the final scheduled opportunity for fans to watch the Tigers in Baton Rouge. LSU is one of 20 preliminary predetermined host sites for NCAA Regionals in May. Sixteen sites will be selected following conference tournaments next weekend.

“This is another really important weekend for us,” head coach Beth Torina said. “I have been really proud of the fight and growth we have shown. It is another opportunity to improve before postseason. We are also excited to celebrate six seniors this weekend and recognize them for all they have given to this program.”

Pam Ward and Kayla Braud will have the call on ESPNU at 5:30 p.m. CT Friday. The games on Saturday and Sunday will start at 6 and 1 p.m. respectively and be streamed live on SEC Network+ through WatchESPN.com and the app. Patrick Wright will have all three games on the LSU Sports Radio Network.

Six members of the LSU Softball program will be honored during the three-game series. On Friday night, Taryn Antoine and Amanda Doyle will be honored. Prior to Saturday’s game, center fielder Aliyah Andrews and pitcher Maribeth Gorsuch will be recognized. The weekend concludes with a ceremony on Sunday for Akiya Thymes and Clare Weinberger.

LSU enters the weekend two victories shy of 1,200 in program history. The team began in 1979 as a part of the AIAW. After ending in 1981 it restarted in 1997 and is in the 28th season overall. In that time, LSU has made 21 NCAA regional appearances, eigh Super Regional appearances and six times has been in Oklahoma City for the Women’s College World Series.

The Tigers own the most difficult schedule in the country and by the time they finish the regular season it is expected to go down as one of the hardest ever recorded. LSU, which sits at fifth in the country in RPI, has played 25 teams in the top-25.

LSU is coming off a hard-fought series loss to Arkansas, which took at least a share of the SEC regular season championship. Aliyah Andrews led LSU over the weekend with five hits and pitcher Ali Kilponen continued her stellar work with a complete game one-hitter. She was the first LSU  pitcher since Allie Walljasper in 2017 to record a one-hitter in an SEC game.