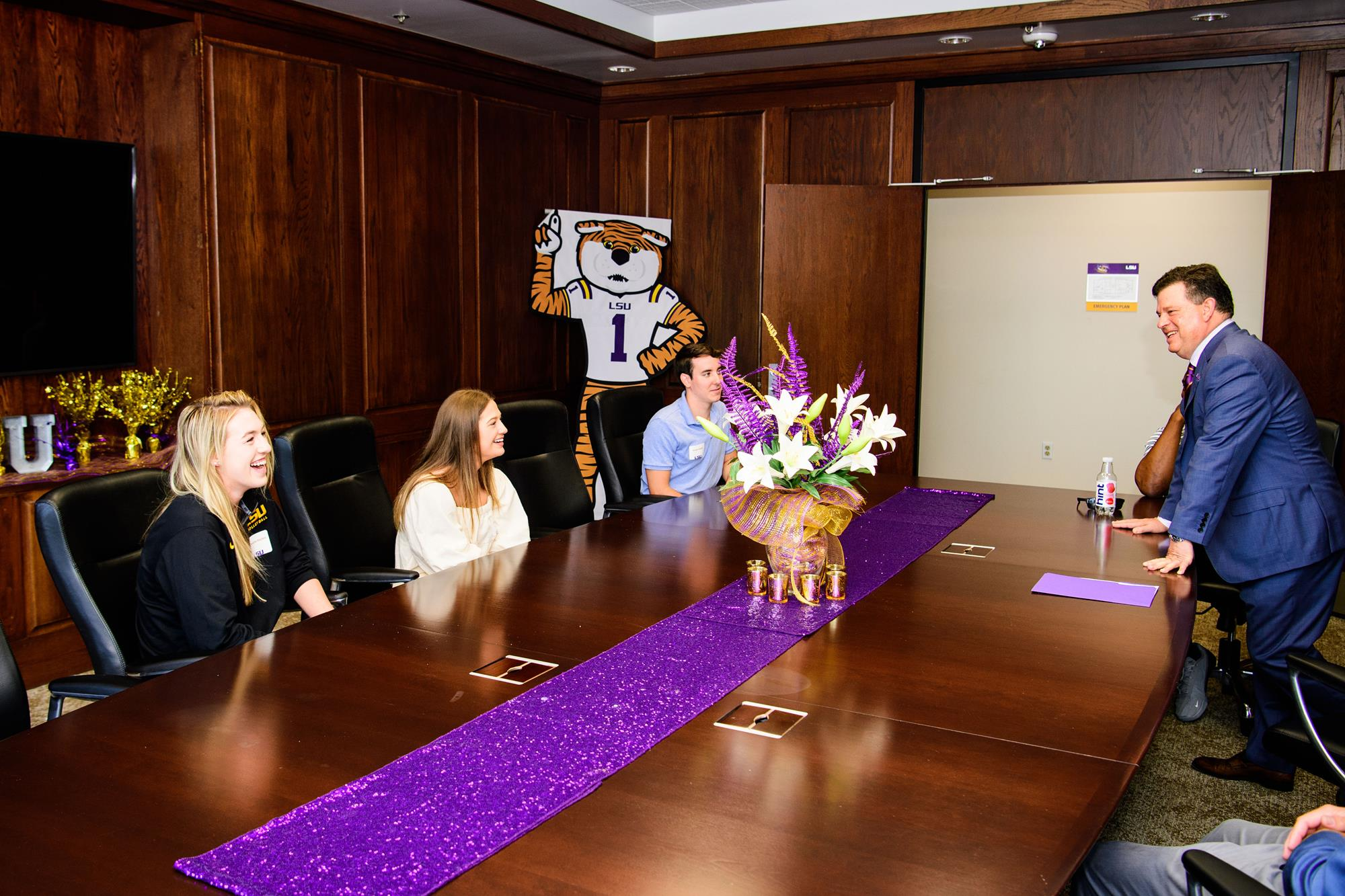 “These student athletes represent the very best of LSU Athletics,” Woodward said. “They’ve competed in the classroom and in competition, and it is an honor to spend some time with them to remember their time at LSU and look forward to their futures as graduates.

“Our mission is to provide our student athletes with a world class experience while they are here and for them to leave with a world class education. Nicole, Olivia, Braden, and Emmaline have represented their programs with distinction every step of their journey here on campus, and we could not be prouder of them.”

Walters, a Huntington Beach, Calif., native, finished with a 4.157 GPA in interdisciplinary studies. She plans to return to LSU in the fall to compete with the Volleyball program as she works toward her master’s degree in liberal arts. A defensive specialist, Walters tallied 85 digs in 78 sets during the 2020-21 season, starting four times for the Tigers.

Decker, a Finance major in LSU’s E.J. Ourso College of Business, was LSU’s nominee for the H. Boyd McWhorter Scholar-Athlete Post-Graduate Scholarship this year. She played both beach and indoor volleyball for LSU throughout her time in Baton Rouge and finished her career 5-0 in the sand and with a 4.06 GPA in the classroom.

Gunter, a native of Mandeville, La., is a three-time Scholastic All-American and four-time SEC Academic Honor Roll member who graduates from the Manship School of Mass Communication with 4.006 GPA. In March, she was named to the SEC Community Service team, and she was also selected to participate in the 2020 NCAA Career in Sports Forum.

A native of Baton Rouge, Nyboer finished his degree in biochemistry with a 3.937 GPA and plans to enroll in Tulane this fall to pursue a medical master’s before enrolling in medical school. In April, he was named LSU’s McWhorter Award nominee. Over four years in the pool, he tallied three career victories and 24 top-ten finishes. He is also a four-time member of the SEC Academic Honor Roll, a two-time Dean’s list member, and a member of the 2020 President’s Honor Roll.