No. 4 Beach To Face No. 5 Loyola Marymount in First Round of NCAA Championship 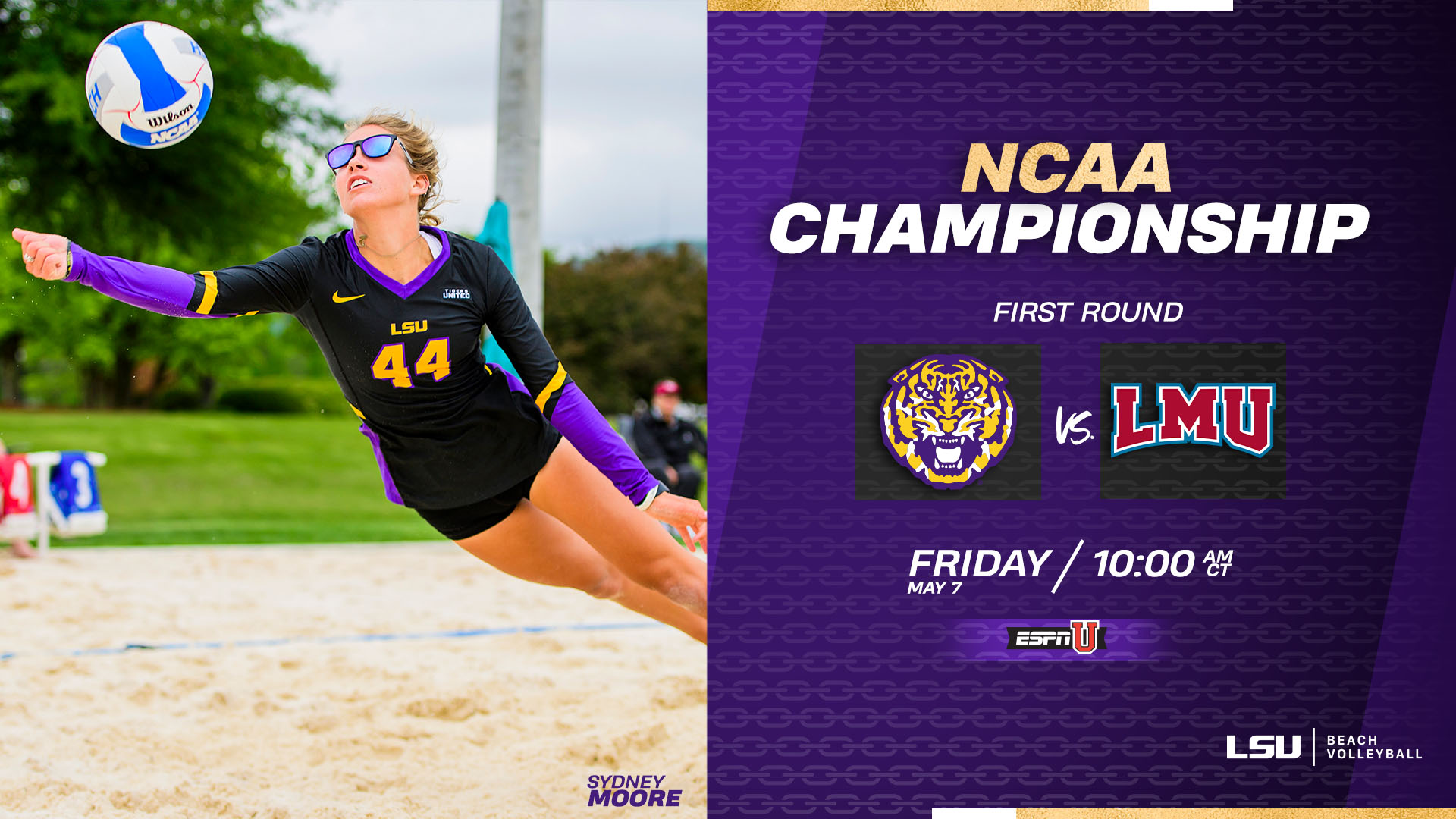 If LSU wins it will face the winner of No. 1 UCLA vs. No. 8 TCU (scheduled for 9 a.m.) at 3 p.m. later in the day. The two losers from those matches will square off at 1 p.m. in an elimination match of the eight-team double-elimination format.

All of Friday’s matches will air on ESPNU. Throughout the weekend, ESPN will have Sam Gore, Courtney Lyle, Holly McPeak (three-time beach Olympian), Salima Rockwell (1998 USA Volleyball FIVB team member) and Christine Williamson on the television and streaming coverage.

Matches on Saturday and Sunday will air on ESPN2 and ESPN.

Give It All You’ve Got
Lay It All On The Line pic.twitter.com/18DkIaCQ5S

In person attendance at this year’s NCAA Championship is limited to family and friends of the teams competing.

Every match this weekend will be played until it is clinched. As soon as one team wins three courts, the match will be over.

This is the fourth beach championship in a row LSU has been invited to compete in as one of the nation’s top eight teams. It was last held in 2019 when the Tigers made it to the semifinals for the first time in program history. LSU is 4-6 all-time at the NCAA Championship.

The Tigers have been inside the AVCA Top-Four throughout the entire season. LSU entered the season as the No. 1 team. Throughout the 2021 season the Tigers have faced every team except LMU and Stanford in the final field of eight. LSU is 2-0 against TCU, 1-1 against USC, 0-2 against UCLA and 0-4 against Florida State.

LMU is making its first appearance at the NCAA Championship. The Lions won the West Coast Conference Championship last week and have been one the nation’s top teams throughout the season.  LMU is 2-6 against other teams in the field of eight. They have faced Florida State (0-1), UCLA (0-2), USC (0-3), Stanford (1-0) and Cal Poly (1-0). LSU and TCU are the only championship teams LMU has not faced this season.