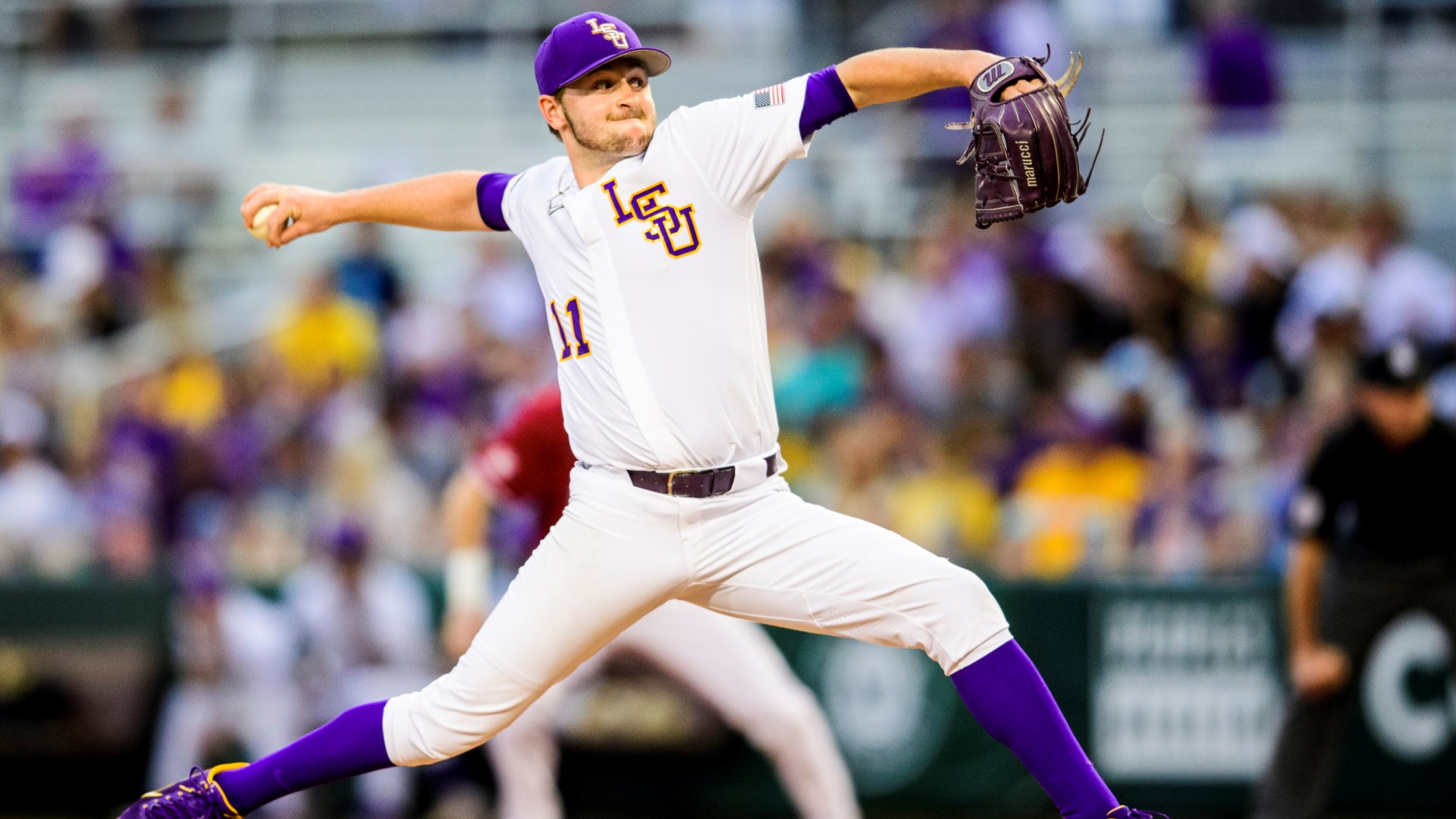 The teams meet in Game 2 of the series at 7 p.m. CT Friday in a contest that will televised on the SEC Network and broadcast on affiliates of the LSU Sports Radio Network.

Marceaux (5-4) worked 6.1 innings and limited Auburn to three runs on seven hits with two walks and 11 strikeouts. Freshman right-hander Garrett Edwards earned his fourth save of the season, firing 2.1 scoreless innings and allowing just one hit.

Morgan was 4-for-5 at the plate with one triple, two RBI and one run scored to pace LSU’s 11-hit output.

“It was a hard-fought win tonight,” said LSU coach Paul Mainieri. “I was really glad we got those late runs in the eighth and ninth innings. It would have been tough to hold onto a one-run lead late in the game against that team. I was pleased we got those four extra runs, and Garrett threw really well for us out of the pen.

“It was a good victory for us, a total team effort. Landon Marceaux gave us a chance by pitching so well. We got several clutch hits, and I thought the two sacrifice flies by (catcher Alex) Milazzo and (shortstop Jordan) Thompson with two strikes on them were huge runs.”

Auburn starting pitcher Jack Owen (1-4) was charged with the loss as he surrendered four runs on seven hits in 6.1 innings with one walk and four strikeouts.

LSU struck for three runs in the top of the third inning as leftfielder Gavin Dugas was hit by a pitch with the bases loaded, third baseman Cade Doughty lined an RBI single and centerfielder Giovanni DiGiacomo lifted a sacrifice fly.

Auburn narrowed the gap to 3-1 in the bottom of the third when first baseman Tyler Miller delivered a run-scoring single.

LSU extended its lead to 4-1 in the sixth when designated hitter Cade Beloso ripped a two-out double and scored on second baseman Drew Bianco’s RBI single.

Auburn rightfielder Steven Williams’ one-out solo homer in the bottom of the sixth – his 10th dinger of the year – reduced the deficit to 4-2.

Another solo homer, this time by catcher Ryan Dyal in the seventh, brought Auburn to within one run.

LSU put together a three-run outburst in the eighth to establish its biggest lead of the night. Catcher Alex Milazzo launched a sacrifice fly and Morgan smashed a two-run triple – his fourth hit of the game – to highlight the rally.

The Tigers added an insurance run in the ninth when shortstop Jordan Thompson produced a sacrifice fly.