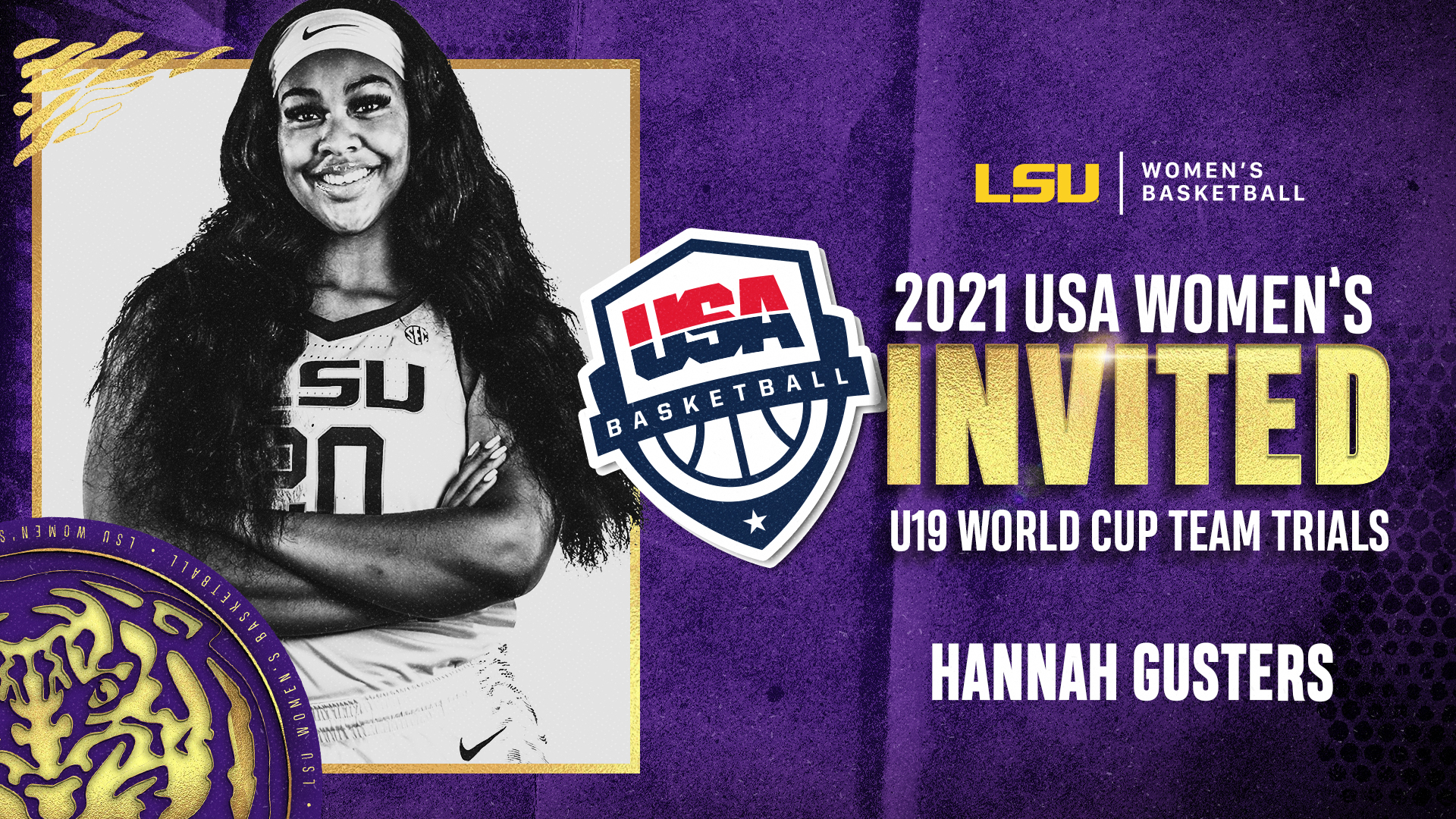 BATON ROUGE – LSU women’s basketball’s Hannah Gusters is one of 27 players invited to attend the 2021 USA Basketball U19 World Cup Team Trials May 14-16 in Denver, Colorado.

Team trials will be held at Metro State University. The 12-member team will compete in August 7-15 in Hungary.

“This is definitely a unique year for our committee after not getting to evaluate this age group of players in last summer’s U18 trials and competition,” said Jennifer Rizzotti, chair of the selection committee and Connecticut Sun president. “We do, however, feel confident that we’ve invited a very talented, diverse and exciting group of players. We’ve identified both some of the best college freshmen that make the age cut-off as well as some of the best high school players ready to make their mark.”

UCLA head coach Cori Close is serving as the 2021 USA U19 World Cup Team head coach, and college head coaches Aaron Johnston from South Dakota State University and Joni Taylor from the University of Georgia are assistant coaches for this year’s U19 squad.

Gusters, a 6-foot-5 center from DeSoto, Texas, was one of the top-rated centers in the 2020 recruiting class, ranked the No. 16 overall prospect in the nation and second in her position. She earned multiple All-America honors in high school, including being named to the prestigious McDonald’s All-America Team, the Naismith All-America Team and the Jordan Brand Classic All-America.

The freshman played one season at Baylor, where she played in 30 games and averaged 5.0 points, 2.0 rebounds and 10.2 minutes. In her one season, Gusters had six double-figure scoring games with a career-high of 22 points coming in a win over Northwestern State and a career-best 10 rebounds in a win over Kansas.

Included on the U19 trials roster are 16 athletes who were college freshmen in 2020-21, nine current high school seniors who will matriculate to college in the fall and another two who are high school juniors from the Class of 2022.

Based in Colorado Springs, Colorado, and chaired by retired Gen. Martin Dempsey, USA Basketball is a nonprofit organization and the national governing body for basketball in the United States. As the recognized governing body for basketball in the U.S. by the International Basketball Federation (FIBA) and the United States Olympic Committee (USOC), USA Basketball is responsible for the selection, training and fielding of USA national teams that compete in FIBA-sponsored five-on-five, 3×3 and esports international competitions, as well as for some national competitions and for the development of youth basketball. USA Basketball currently ranks No. 1 in all five of FIBA’s world-ranking categories, including combined, men’s, women’s, boys and girls.