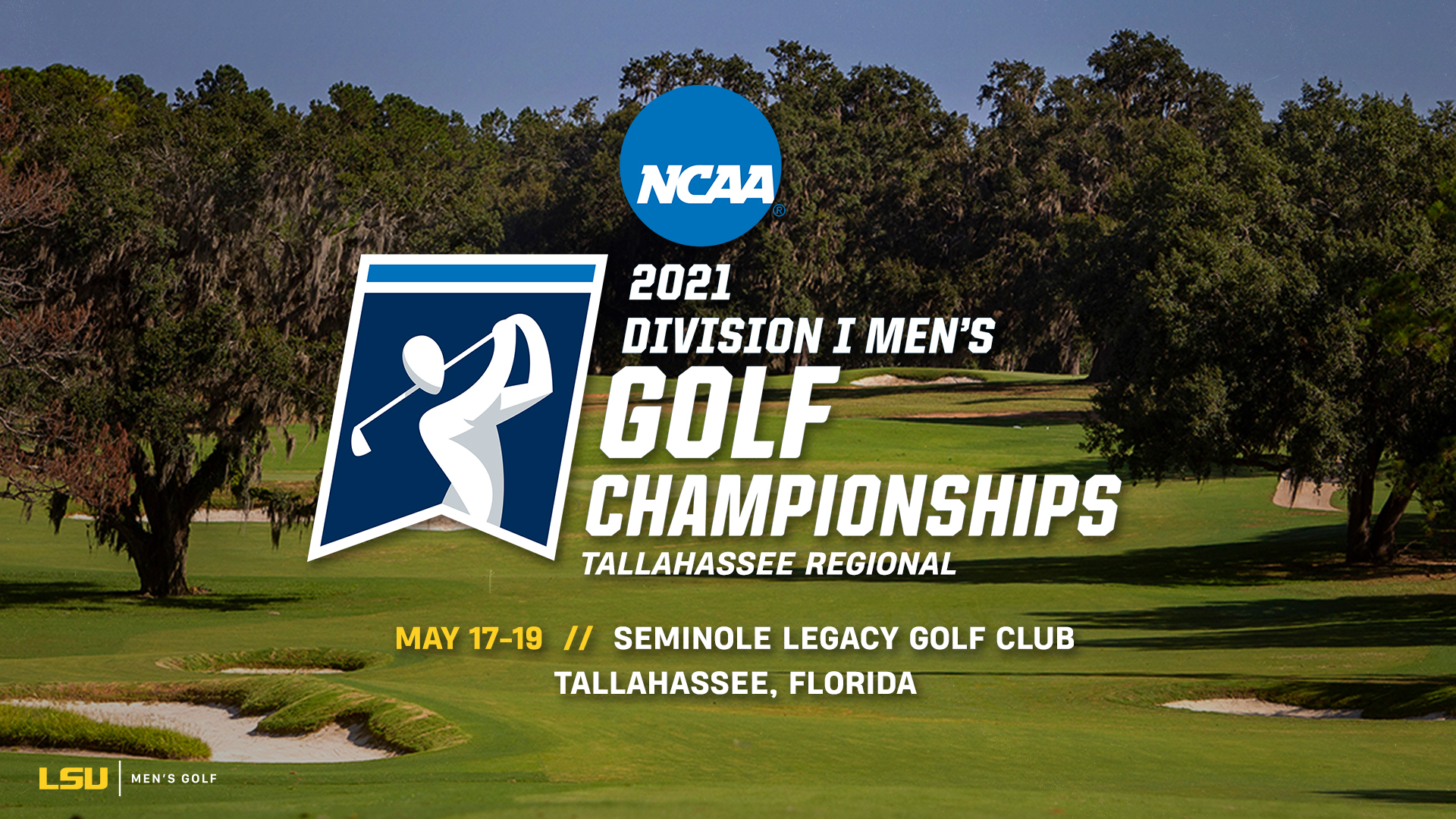 Baton Rouge, La.  – The No. 23 LSU men’s golf team earned the No. 4 seed at the NCAA Tallahassee Regional that will take place May 17-19 at the Seminole Legacy Golf Club. The event will be hosted in Tallahassee, Florida.

LSU is making its 13th straight NCAA Regional appearance since 2008 and 14th in the last 15 seasons under head coach Chuck Winstead. There were no 2020 NCAA Regionals contested due to the COVID-19 pandemic. LSU has advanced out of NCAA Regionals in seven of the last 10 seasons.

Eighty-one teams were selected to the NCAA championship field that were spread out across six different regionals. The top five teams from each of those six regionals, so 30 teams total, will advance to the NCAA Championships in Scottsdale, Arizona, at the Grayhawk Golf Club May 28 through June 2.

The Tigers are grouped with the No. 2 overall seed in the whole tournament, the host Florida State. No. 11 Georgia, No. 16 Liberty, Georgia Tech, Georgia Southern, TCU, Indiana, Kansas, USC, Ohio State, Davidson, Florida A&M, and Long Island University will round out the field of 14 teams. Once again, LSU will need to finish in the top five of stroke play at the Tallahassee Regional to advance to the NCAA Championship site in Arizona.