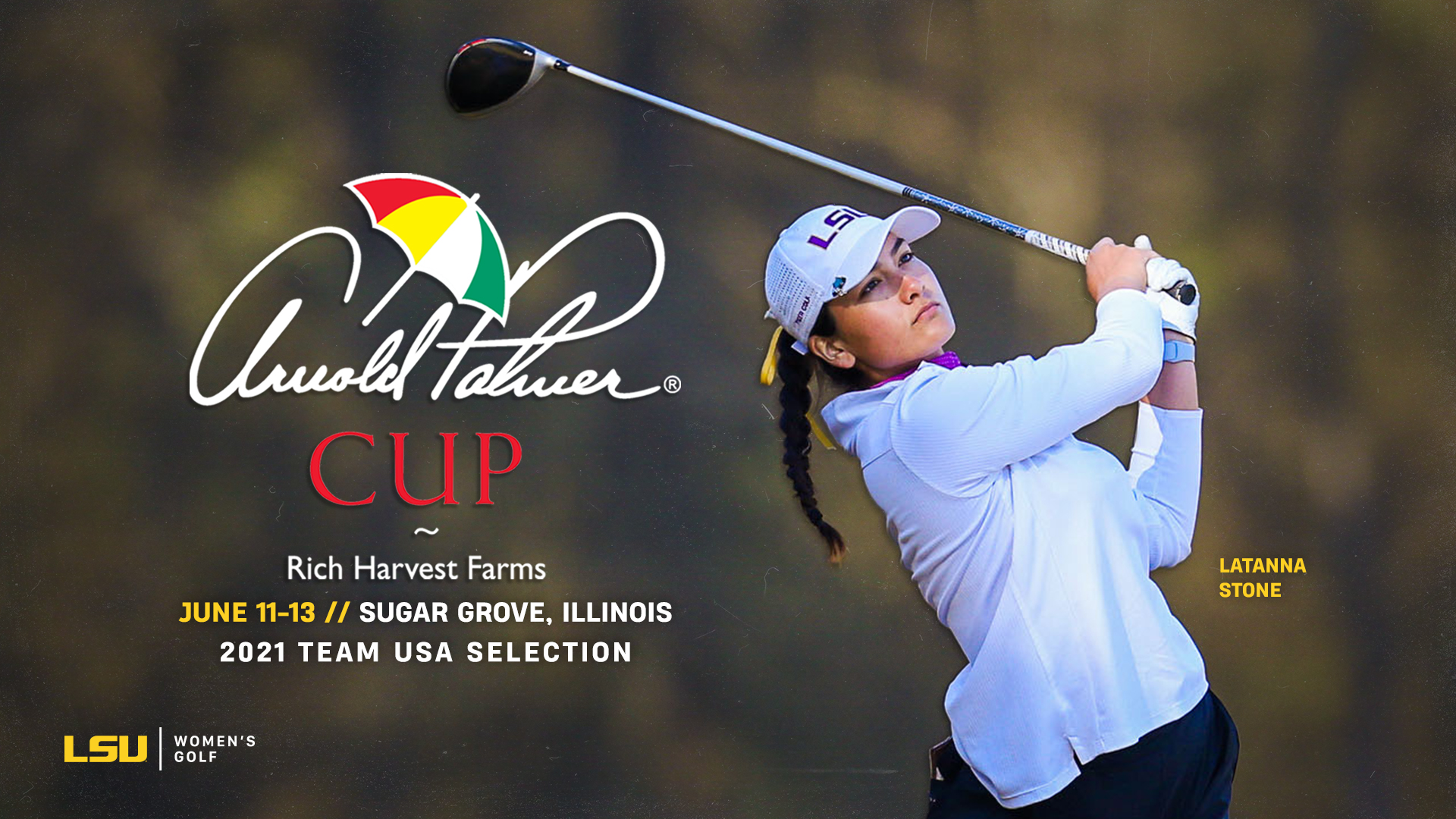 BATON ROUGE — LSU sophomore Latanna Stone has been named to the Arnold Palmer Cup Team USA for the second consecutive year. The Riverview, Florida, native was a member of the 2020 squad that competed back in December.

The 2021 Arnold Palmer Cup, in conjunction with Rolex, will be hosted by Rich Harvest Farms in Sugar Grove, Illinois, on June 11-13.

Stone is one of eight committee selections announced today on the Golf Channel.

Stone has finished in the Top 10 in five collegiate tournaments this season, including a record-setting fourth-place finish at SEC Championship Stroke Play. In 27 rounds played so far this season, she has hit even or under par in 14 rounds. Her current stroke average is 72.11 this season and ranks No. 16 in the nation.

LSU, the No. 4 team in the country, finished SEC Championship Stroke Play as the No. 1 seed in Match Play and advanced to the semifinals. LSU shot the best three rounds in program history during SEC stroke play to record a 46-under as a team, setting an NCAA record.

The Arnold Palmer Cup is a Ryder Cup-style tournament featuring the top men’s and women’s university and college golfers matching the United States against a team of international players. The tournament, which began in 1997, continues to take place at some of the world’s greatest courses. The 2020 event was originally set for July 3-5 in Ireland, but was moved to December 21-23 at Bay Hill in Orlando due to the worldwide, COVID-19 pandemic. The Internationals defeated the United States, 40.5-19.5.

The 2018 matches at Evian Resort Golf Club became the only major tournament that features men and women playing side-by-side as partners. The United States leads the series 12-11-1.

For more information on the Arnold Palmer Cup selection process, go to arnoldpalmercup.com.