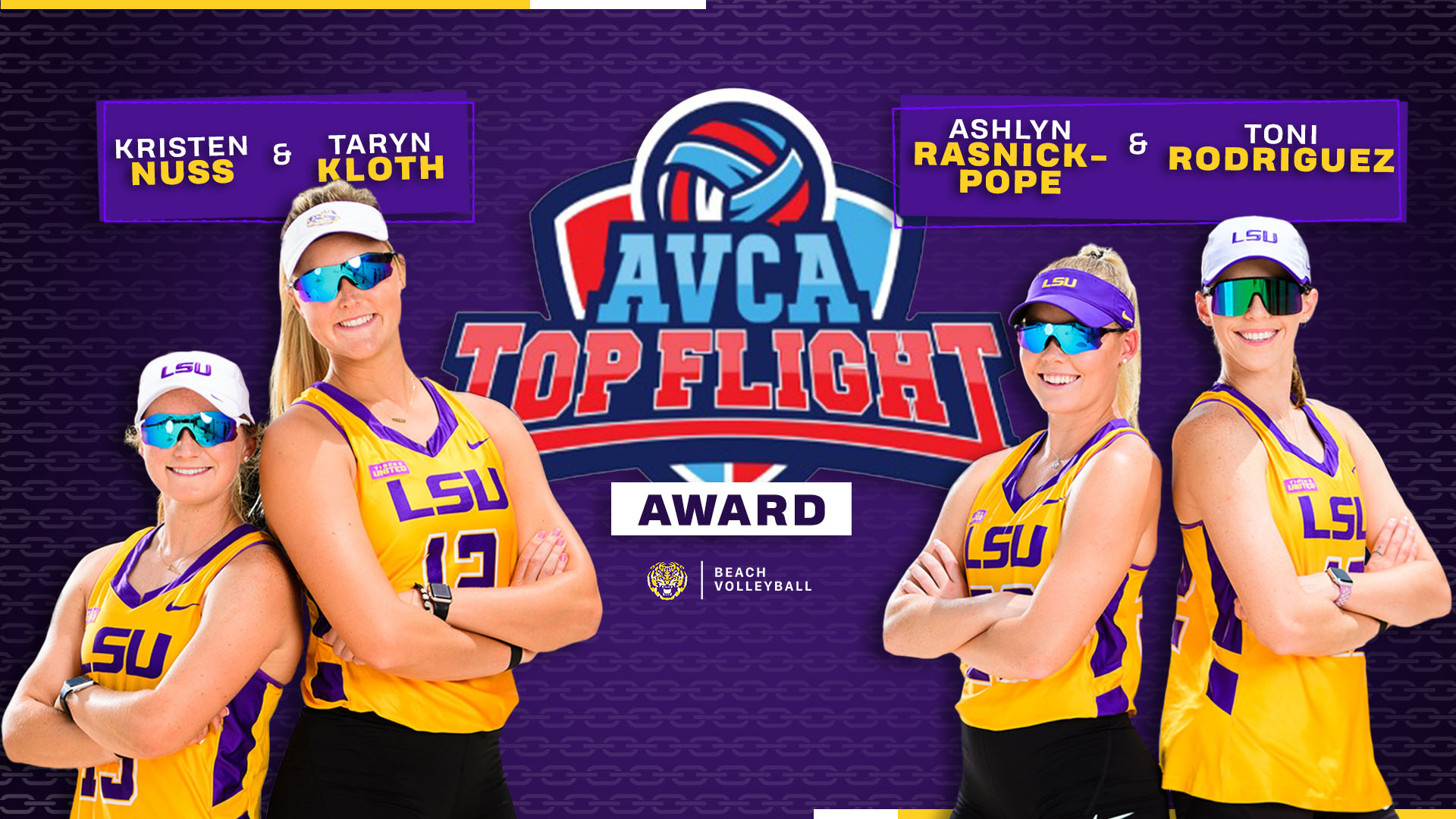 Introduced in 2018, this award is designed to recognize excellence in collegiate beach volleyball from pairs all over the country and across all flights. The Top-Flight Award is given to pairs who have played in at least 15 matches on a specific court and have won at least 75-percent of their matches.

Kloth and Nuss are the best pair in the nation on Court 1. They are 32-0 this season going against the top competition this season. No matter who they have played, Kloth and Nuss have always found a way to get it done. In their closest match of the year, the LSU duo faced 12 match-point serves at UCLA in the third set, but put on a masterclass in side-outs and ultimately won the final set, 27-25. Over their 32 victories, 29 have come in straight-sets.

Depending on how many matches LSU plays at the NCAA Championship this weekend, Kloth and Nuss could equal or exceed the best season in college beach volleyball history. USC’s Kelly Claes and Sara Hughes went 36-0 on Court 1 in 2016, the most wins in an undefeated season for a beach pair ever. With at least four matches this weekend, Kloth and Nuss would have the opportunity to match that record.

Rasnick-Pope and Rodriguez have played together for the better part of three seasons now and are the second winningest duo in program history. They are 44-20 throughout their career and have a 22-4 record on Court 3 this year. Of their 22 victories, 21 have come in straight-sets. Rasnick-Pope and Rodriguez have had opportunities to win the four matches they dropped as they have all taken three sets. The only duos to beat them have been from Florida State and UCLA.

LSU is set to begin competition in Gulf Shores on Friday at the NCAA Championship. The Tigers earned the No. 4 seed on Sunday and are set to face Loyola Marymount to begin the tournament on Friday at 10 a.m. on ESPNU. No matter the outcome of that match, LSU will play later in the day on Friday in the double-elimination tournament against either No. 1 UCLA or No. 8 TCU. If LSU defeats Loyola Marymount it will play again at 3 p.m. and if the Tigers lose they will play at 1 p.m.